"Our nation owes a huge debt to Bill. There are many unsung heroes like him." 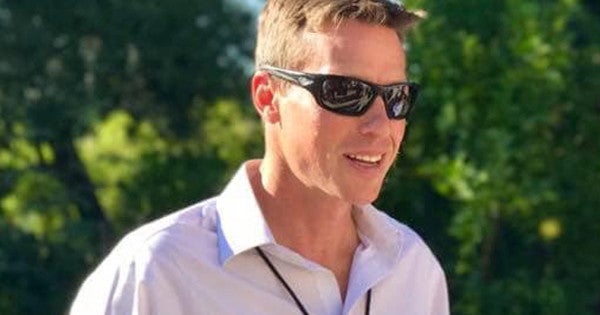 A former Army Special Forces officer who was instrumental in the campaign to defeat ISIS in Iraq and Syria has died in a climbing accident in Washington.

Retired Lt. Col. Arleigh William “Bill” Dean died Wednesday after he and his climbing group were caught in a rockfall at 10,400 feet while they were camping along the route to the summit of Mount Rainier, according to KIRO 7 News. Two other climbers were injured.

Dean leaves behind a wife and two daughters. He was 45.

“He was just completely devoted to his family,” a fellow Army officer who had deployed with Dean told Task & Purpose on condition of anonymity. “The hardest part is coming to terms with not having a father to raise them, because he was such an incredible dad.”

An Alaska native, Dean was an experienced rock climber and outdoorsman who had recently founded his own wilderness guiding and experiential learning company, said Jan Rutherford, a fellow former Special Forces officer, friend, and business associate. Along with Rutherford, Dean had previously led groups of business executives and military veterans on expeditions.

Dean graduated from the West Point Military Academy in 1997, and had recently retired from the Army in Aug. 2017. Over his 20-year career, he mainly served within special operations, deploying nine times to Iraq and once to Jordan, according to Army records.

“A lot of what Bill Dean did is classified,” retired Army Lt. Col. Tom DiTomasso, a former special operations officer and friend, told Task & Purpose. “Bill was the ultimate gray man,” he added, explaining that most people would have never guessed he served in the Army's elite ranks.

“He looked maybe more like he ran the sales department at a Fortune 500 company,” the anonymous Army officer said. “But he played such a significant role in our national security.”

“He didn't look gruff,” said DiTomasso. “He didn't talk overly aggressive. His professionalism and personality made him one of the best Special Forces officers.”

Aside from his many deployments, Dean also went through some of the toughest training in the military, to include Special Forces Qualification, Army Ranger School, Army Air Assault School, Military Freefall School, and Special Operations Dive School. He wore the so-called “tower of power” on his shoulder, a term soldiers use endearingly for those who, like Dean, earned the Special Forces tab, Ranger tab, and Airborne tab.

Dean was “Superman and Captain America combined,” according to a biography from Self Reliant Leadership, where Dean had served as a principal consultant after leaving the Army.

DiTomasso said he first met Dean around the mid-2000s while serving in different units but really got to know him once he retired and came to work for his company as a tactical instructor, where he taught military and law enforcement professionals marksmanship skills, tactics, and mission planning.

“Bill was one of the best instructors because he was really easy to like,” DiTomasso said, adding that Dean had a gift for speaking to people on their level. “Even people that didn't speak his language, he inspired them to fight for a common goal.”

Though much of Dean's work in special operations is shrouded in secrecy, he was praised for his leadership during the fight against ISIS by Brett McGurk, the former special presidential envoy who oversaw the anti-ISIS coalition from 2015 to 2018.

“Our nation owes a huge debt to Bill. There are many unsung heroes like him,” McGurk told Task & Purpose. “But he was unique: tenacious, patient, tactically acute, strategically wise, a warrior, leader, diplomat, and friend.”

Early in the campaign against the self-proclaimed Islamic State, which began in 2014, Dean and others on his team identified a path to fight and win against non-state adversaries like ISIS, and he “revolutionized” how the United States could support a proxy force such as the SDF, McGurk said.

Alongside U.S. advisors and backed by artillery and airstrikes, the SDF would ultimately go on to defeat the group in March 2019.

Dean was a “critical figure” in the campaign who “effectively ran the SDF counteroffensive from Kobani to Raqqa,” Wesley Morgan, a military affairs reporter for Politico, wrote on Twitter.

“He was a warrior but also a tenacious diplomat who built close-knit relationships with a diverse group of Syrians and then organized them into a cohesive military force known as the SDF,” McGurk said. “His ingenuity together with others on his team gave confidence to senior leaders in Washington and led to America's investment in a campaign plan that delivered beyond expectations.”

“America lost one of its greatest leaders,” DiTomasso said.

A memorial service for Dean is scheduled for 3 p.m. ADT on June 17 at 12300 Mendenhall Loop Road in Juneau, Alaska. A GoFundme campaign has been started to support Dean's family.