What good is an aircraft carrier that can't reliably launch and land aircraft? 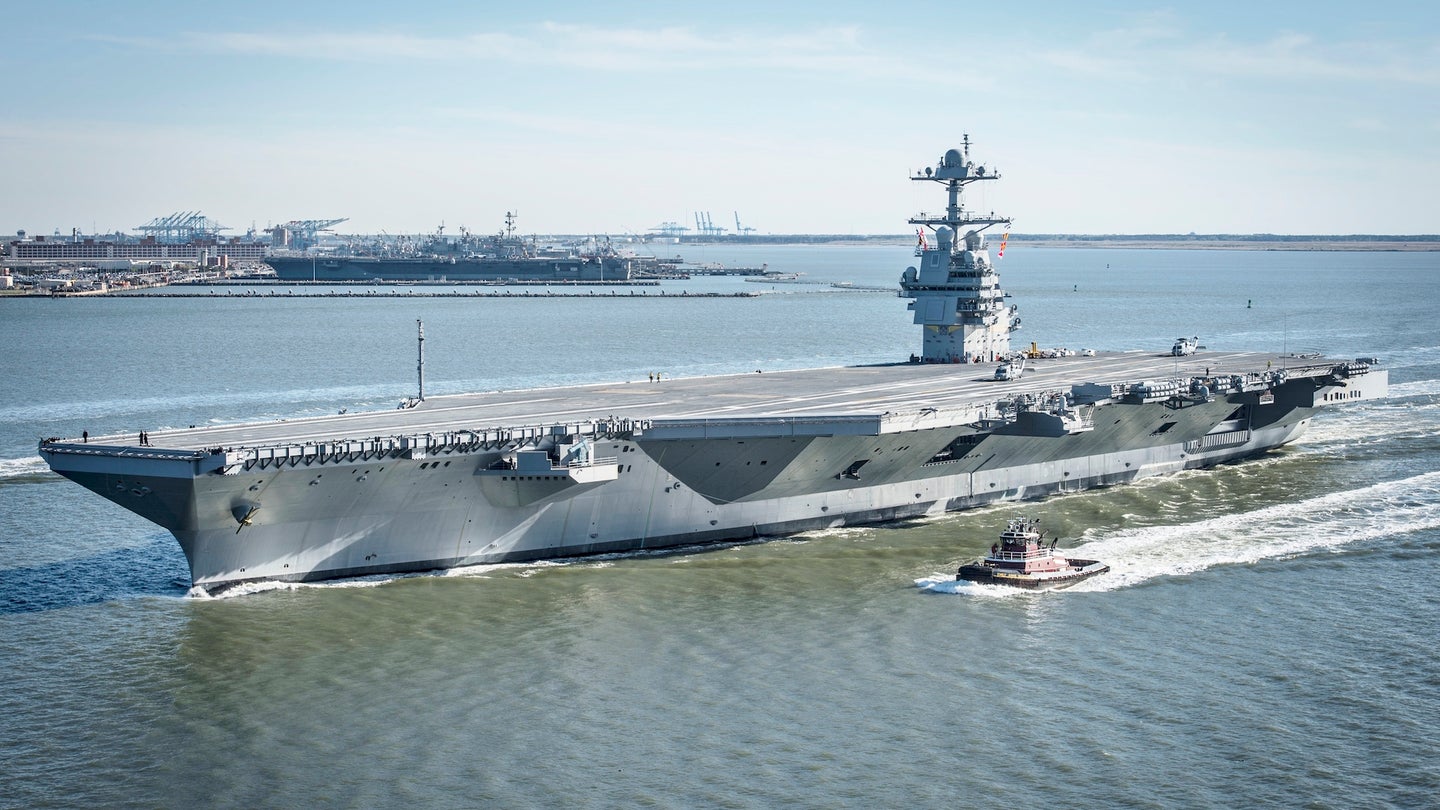 It’s been more than three years since the Navy took delivery of the USS Gerald R. Ford, and the $13 billion aircraft carrier still can’t reliably generate sorties due to technical problems with its next-generation takeoff and landing systems, according to a new report.

The latest assessment of the Ford from the Defense Department’s operational testing and evaluation (OT&E) chief Robert Behler — obtained by Bloomberg News ahead of its formal distribution later this month — indicates that “poor or unknown reliability of new technology systems” like the aircraft carrier’s much-maligned electromagnetic launch system (EMALS) and advanced arresting gear (AAG) could “adversely affect” the warship’s ability to launch aircraft in quick succession.

In short, the next-generation aircraft takeoff and landing systems “remain unreliable and break down too often,” as Bloomberg News put it, a serious obstacle for a nascent aircraft carrier class that, with a $57 billion four-vessel program behind it, is intended to transform the Navy’s power projections capabilities over the coming decades.

Video: A look at the USS Gerald R. Ford

Here are the details of the takeoff and landing reliability issues, according to Bloomberg News:

Behler’s assessment covered 3,975 launches and landing operations on the Ford during 11 at-sea, post-delivery trials from November 2019 through September 2020. The electromagnetic-powered catapult system is supposed to operate 4,166 “cycles,” or launches, between operational mission failures. Instead, it went 181 cycles between failures, or “well below the requirement,” Behler wrote. He didn’t detail the scope or severity of the problems.

The Navy did not immediately respond to questions from Task & Purpose, although a spokesman for the service’s acquisition chief told Bloomberg News that the service wouldn’t comment on a “draft unpublished report.”

Reliability issues with the EMALS and AAG systems aren’t new. According to Behler’s assessment of the Ford for fiscal year 2019 published in January 2020, the EMALs initially suffered 10 critical failures through its first 747 shipboard launches, “well below the requirement” for cycles between operational failures.

The reliability concerns “are exacerbated by the fact that the crew cannot readily electrically isolate EMALS components” during flight operations due to the shared nature of the vessel’s energy storage and power conversion subsystems, per the 2019 OT&E report, meaning that addressing each launch failure is a time-consuming process that halts sortie generation in its tracks and effectively “precludes EMALS maintenance during flight operations.”

According to the 2019 report, the AAG also saw 10 failures during its first 747 sorties, also well below acceptable levels for cycles between operational failures — and like the EMALS, the interconnected power systems ended up “limiting corrective maintenance on below-deck equipment” and stymying efforts to address the problems during flight operations.

In short: the Ford can launch aircraft unreliably, and it can address the technical issues facing its complex takeoff and landing systems, but it can’t do both at the same time — a major obstacle for a warship that’s critical to the Navy’s long-term aspirations.

Despite this, the EMALS system in particular was cleared for launching and recovering all naval aircraft types in February 2020, as FlightGlobal reported at the time.

“Although the Navy is testing EMALS and AAG on the ship with aircraft, the reliability of those systems remains a concern,” according to a June assessment of the carrier from the Government Accountability Office. “If these systems cannot function safely by the time operational testing begins, CVN 78 will not be able to demonstrate it can rapidly deploy aircraft—a key requirement for these carriers.”

The EMALS and AAG issues aren’t the only major technical woes to strike the Ford in recent years, but they’re certainly among the most visible. Indeed, President Donald Trump has repeatedly criticized the EMALS compared to the steam catapults aboard the older Nimitz-class carriers.

Trump first blasted the EMALS in an interview with Time magazine shortly after taking office, stating that when he heard the Navy was using the EMALS, he replied: “No, you’re not. You going to goddamned steam.”

In later statements, Trump derided the launch system as “ridiculous,” arguing that “you have to be Albert Einstein to really work it properly” due to its complexity.

Based on the OT&E assessment detailed in the Bloomberg News report, Trump was apparently right about the unsuitability of the EMALS system. On the upside, the Navy still has time to work out the kinks, sort of! In October 2019, USNI News reported that the Ford’s deployment date could be pushed back as late as 2024, six years after the original deployment date of 2018.