An interesting conversation has sprung up in the Air Force regarding the officer promotion system recently, led by the pseudonymous... 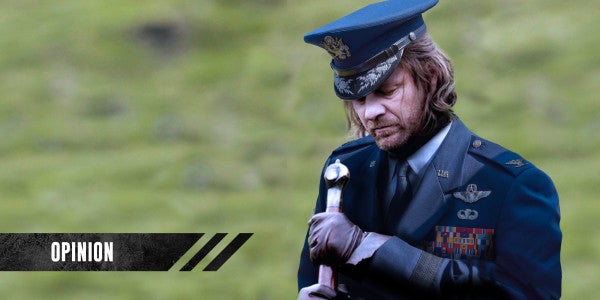 An interesting conversation has sprung up in the Air Force regarding the officer promotion system recently, led by the pseudonymous Col ‘Ned Stark’ over at War on the Rocks. His May 2018 article provided an insider’s view on how the Air Force’s promotion system functions, who it affects, and why it’s failing. His account is shocking — and instantly relatable.

Col. Stark ticked all the boxes for a persuasive editorial: a tangible concern shared by many of his fellow officers, underpinned by substantial evidence and wrapped in a compelling narrative. As a naval officer, I had heard about the Air Force’s self-fulfilling prophecy regarding “high-potential officers,” first as a student at the U.S. Naval War College in 2011 and then again as a staff officer during a subsequent Pentagon tour during the Obama administration.

If ever there was a time to actively engage to counter the lack of ‘strategic intelligence’ in our developing officers, this is it. Too many upwardly mobile officers across all services are at risk of believing that the path to success requires a risk-avoidance mentality. This belief subsequently stifles their willingness to pursue innovative ideas and challenge the status quo. Likewise, the ‘zero-defect’ mentality — the belief that we simply can’t afford to ever fail in any capacity — is all too real.

It’s a sad reality that many service members fail to act on great ideas. In most cases, they feel that they have to attain some arbitrarily higher level of rank before they are in a position to implement the ideas or the changes they think are sorely needed. In some cases, they are simply afraid to fail. You, Col. Ned Stark, are being offered a chance to reverse this alarming trend.

Senior leaders recognize the requirement to change course. In January, Secretary Mattis unveiled the unclassified Summary of the 2018 National Defense Strategy, the first defense strategy of its kind in more than a decade. In its opening pages, Sec. Mattis states that in “this increasingly complex security environment…there can be no complacency—we must make difficult choices and prioritize what is most important to field a lethal, resilient, and rapidly adapting Joint Force. America’s military has no preordained right to victory on the battlefield.”

This North Star – the unyielding pursuit of military readiness and lethality – is amplified behind the closed doors of Secretary Mattis’ twice-weekly “Large Group” meetings. During what is essentially a boardroom meeting of the Department of Defense’s senior leaders, Secretary Mattis routinely restates the requirement to focus on warfighting, cease administrative distractions, and invest in the soldiers, sailors, airmen, and Marines charged with defending America.

This mandate sets the stage for Air Force Chief of Staff Gen. David Goldfein’s response to Col. ‘Ned Stark.’ Gen. Goldfein rose to the occasion when he offered Col. Stark the opportunity be a catalyst for meaningful change. Yes, Col. Stark will have to exchange anonymity to accept the opportunity. Having already thrown down the gauntlet, he will likely risk some blowback from Air Force leaders. I experienced some of this myself back in 2014 following an article on U.S. Navy officer retention and a subsequent independent study to examine why sailors were leaving the profession.

But the reality is that change is difficult, especially in large, entrenched bureaucratic organizations. Senior leaders will likely push back. Junior airmen are likely to cheer. But despite the occasional “thrown spear,” Col. Stark’s opportunity to inform the ongoing debate and help implement meaningful change will be incredibly rewarding.

By his own admission, Col. Stark has decided to forgo promotion and pursue a path that prioritizes his family. As a below-zone Air Force officer, this means he is already willing to sacrifice a promising career. What does he have to lose?

Col. Stark should take Gen. Goldfein’s offer to voyage down the road less traveled and make significant change. In the process, he will have an opportunity to write the Air Force’s next chapter. Worst case scenario, he gains invaluable experience at the highest levels of service before continuing on his current path towards civilian life.

The world is blessed with people who endlessly admire a problem from every angle. I’m hoping Col. Stark – and others – will engage in a thoughtful, deliberate way to foster positive change.