The US military’s COVID-19 vaccine mandate is officially dead

The anti-vaxxers have won. 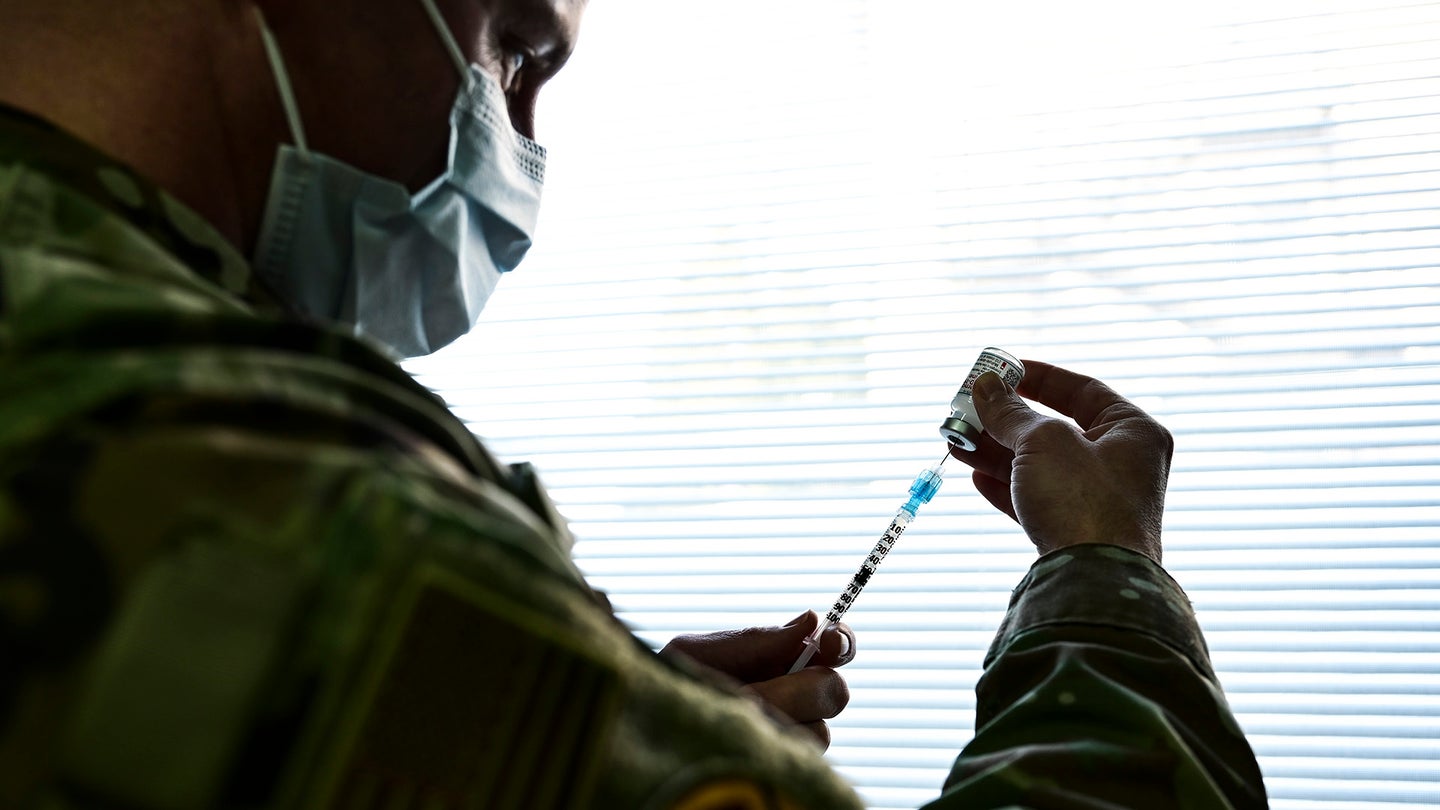 The anti-vaxxers have won the battle over the Defense Department’s requirement that all U.S. service members receive a vaccination for the novel coronavirus (COVID-19).

On Thursday, the Senate approved the fiscal 2023 National Defense Authorization Act, which would repeal the Defense Department’s COVID-19 vaccine mandate. The legislation now heads to the White House, where President Joe Biden has not given any indications that he intends to veto the law to uphold the Pentagon’s mandatory vaccine policy.

Biden’s expected signature will mark the culmination of an open rebellion against the vaccine mandate both within and outside of the U.S. military. Fueled by social media, conservative talk shows, and state and federal lawmakers, the opposition movement to the mandatory COVID-19 has soundly defeated the U.S. military’s top leaders, who have insisted that the vaccines were necessary for readiness.

By overturning the Pentagon’s requirement that all troops be vaccinated for COVID-19, Congress has made it more difficult for the military to maintain good order and discipline within the ranks, said Kori Schake, a defense expert with the conservative American Enterprise Institute think tank in Washington, D.C.

Schake, who co-authored a book with retired Marine Gen. James Mattis on the civil-military divide, questioned whether lawmakers will now allow service members to treat other vaccines or medical prerequisites required for deployments as optional.

“Americans have begun losing trust and confidence in our military precisely because politicians are dragging the military into partisan political arguments like this,” Schake told Task & Purpose recently. “I think our national security would be better served by letting DOD determine what’s medically necessary.”

In retrospect, it is clear that the U.S. military underestimated the opposition it would face from the rank and file when the Pentagon announced in December 2020 that troops would soon have the option of getting COVID-19 vaccines, which were initially not mandatory because the vaccines had only been approved for emergency use at the time.

Many service members decided not to get vaccinated for a litany of reasons. Some troops did not trust the vaccines because they were developed so quickly. Officials at Fort Carson, Colorado, also found that soldiers also felt that the voluntary vaccine policy afforded them “the first time I get to tell the Army, NO!”

In August 2021, Defense Secretary Lloyd Austin announced that service members were required to get vaccinated immediately after the U.S. Food and Drug Administration granted full approval to Pfizer’s COVID-19 vaccine.

Thousands of troops also requested religious and medical exemptions to the mandatory vaccine policy, but few such exemptions were granted. That prompted several lawsuits that led federal judges to prevent the Navy, Marine Corps, and Air Force from separating service members who refused to get vaccinated on religious grounds.

“There was not accurate information out early on and it was very politicized and people make decisions and they still have those same beliefs,” Berger told Military.com at the Reagan National Defense Forum in California. “That’s hard to work your way past really hard to work.”

Earlier this month, House Minority Leader Kevin McCarthy (R-Calif.) refused to allow the NDAAt to move forward unless it repealed the Pentagon’s COVID-19 vaccine policy. McCarthy is expected to run for speaker of the House in January when Republicans assume control of the House of Representatives.

In the end, Democrats caved to Republican opposition. However, Austin and other top military leaders have continued to insist that the vaccine mandate is necessary.

“The secretary over the weekend was very clear in his comments that he supports continuing and maintaining the vaccine mandate,” Pentagon spokeswoman Sabrina Singh said at a Dec. 7 news briefing. “He fully believes this administration believes that the vaccine has done incredible work in terms of saving lives of not just our service members, but people all across the country. And he believes that the health and readiness of our forces is a priority.”

Singh declined to comment on the specifics of the NDAA because it was pending legislation at the time.

NBC News first reported that the military branches could consider allowing troops who were separated for refusing a COVID-19 vaccine to rejoin if they have not received other than honorable discharges.

So far, the Army has separated at least 1,851 soldiers for refusing to get vaccinated; the Department of the Air Force has kicked out 834 service members; the Marine Corps has separated 3,717 Marines; and the Navy has separated 2,041 sailors, officials said.

“Ending the COVID vaccine requirement provides a concrete example of how politicizing the military harms military readiness,” said Risa Brooks, a political science professor at Marquette University in Wisconsin. “Those seeking it are using the military as a wedge issue for partisan gain—appealing to their base at the expense of ensuring all military personnel are prepared to deploy whenever and wherever needed.”

Service members knowingly give up some of their civil liberties when they join the military, including being able to decide which vaccinations they want to get, Brooks told Task & Purpose. Opponents to the vaccine mandate have signaled that troops can decide which rules they want to follow.

“Military leaders need to understand the political climate in which they are operating, but not shy away from doing what is right for the force, and ultimately for the country’s security,” Brooks said.