'That is a no-fail mission.' 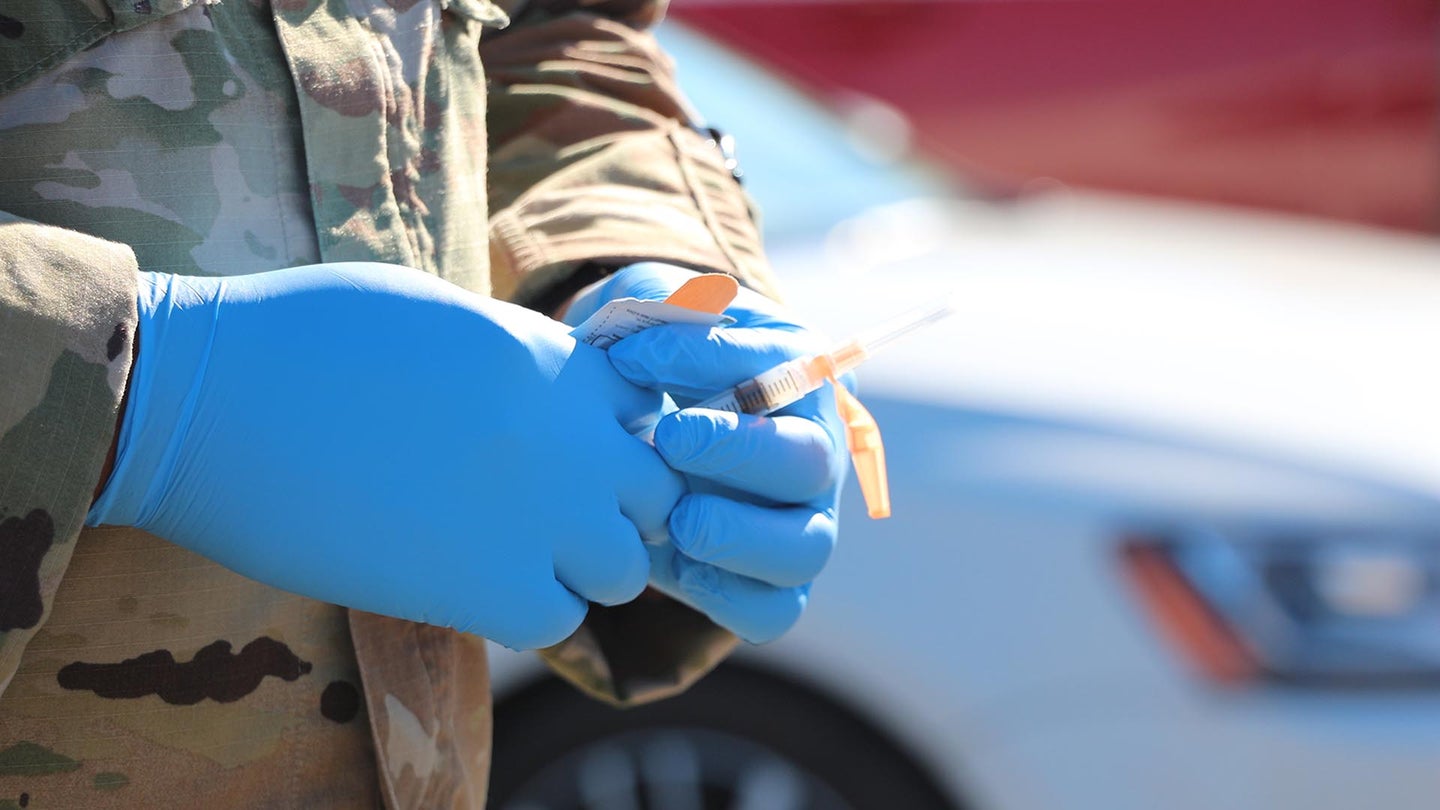 Defense Secretary Lloyd Austin has approved the deployment of more than 4,800 active-duty troops to make sure that people across the country receive a vaccine for the novel coronavirus (COVID-19) and several thousand more could eventually join vaccination efforts.

“I want to tell is the threat to our homeland is absolutely COVID and that’s what we’re attacking here today,” said Air Force Gen. Glen D. VanHerck, head of U.S. Northern Command. “It’s important to realize that it is a threat and we have to take an operational perspective. That is a no-fail mission.”

Currently, 222 soldiers are assigned to a community vaccination center in Los Angeles and another 25 service members have been deployed to New Jersey, VanHerck said during a Tuesday Pentagon news briefing. More troops will soon be sent to similar facilities in Houston, Dallas, Queens, and Brooklyn.

The Federal Emergency Management Agency has requested that the Defense Department provide up to 100 teams of service members to assist at vaccination sites, VanHerck said. That would break down to 50 teams with 222 personnel each, and another 50 teams that each have 139 service members.

So far a total of 25 teams have been allocated to Northern Command, and they are in various stages of deploying, defense officials said. VanHerck said on Tuesday that he has asked that the Defense Department identify the troops needed to meet the remainder of FEMA’s request.

If Defense Secretary Lloyd Austin approves deploying all 100 teams, up to 18,050 active-duty service members could be deployed to states and territories to help vaccinate people. But neither Austin nor any other senior military leader has approved mobilizing that many troops yet, said a defense official, who spoke on condition of anonymity due to the sensitivity of the matter.

The Defense Department is currently taking an incremental approach to assigning troops to the COVID-19 vaccination efforts, and it is not yet known if all 100 teams will ultimately be deployed, the defense official said.

In the event all 100 teams are mobilized, they could conceivably vaccinate more than 400,000 people per day, Acting Federal Emergency Management Agency Director Robert Fenton Jr. said during Tuesday’s briefing.

More than 485,000 Americans have died of COVID-19, according to the U.S. Centers for Disease Control and Prevention. So far, more than 15 million Americans have received two doses of a COVID vaccine.

Because the COVID-19 vaccines have been approved on an emergency use basis, it is not mandatory for service members and other Defense Department personnel to get vaccinated. About one-third of service members have refused to take the vaccine, Air Force Maj. General Jeff Taliaferro, vice director of operations for the Joint Chiefs of Staff, told the House Armed Services Committee on Wednesday.

Taliaferro’s comments marked the first time any defense official has publicly disclosed how many troops are refusing to get vaccinated for COVID-19. Pentagon officials have repeatedly insisted that the military does not track that data.