The U.S. Air Force is ringing in the New Year with jokes about nuclear armageddon. 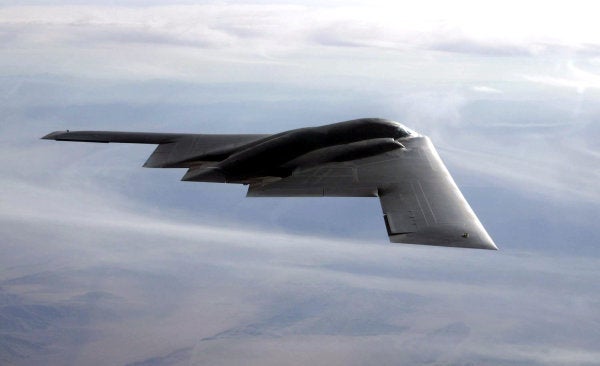 The U.S. military is ringing in the New Year with jokes seemingly about nuclear armageddon.

In a tweet reminiscent of something Gen. Jack Ripper might say, the account of Omaha, Nebraska-based U.S. Strategic Command shared that the Times Square tradition of ringing in the New Year consisted of “dropping the big ball,” adding that, “if ever needed, we are ready to drop something much, much bigger.”

Big conventional bombs? Nukes? With it coming from Strategic Command, the atomic-level certainly is the first thing to come to mind.

Mandrake, have you ever seen a commie drink water?

Sure I know. It's just a joke, and it's all in good fun and all that. But if there's one thing I'd argue most people would love to have as a New Year's resolution, it's to not have any nuclear exchanges or accidents in 2019.

Here's the tweet and the spiffy accompanying video featuring the B-2 Spirit stealth bomber, with it dropping a massive ordnance penetrator bomb.

#TimesSquare tradition rings in the #NewYear by dropping the big ball…if ever needed, we are #ready to drop something much, much bigger.

“Our previous NYE tweet was in poor taste & does not reflect our values. We apologize. We are dedicated to the security of America & allies.”