The Pentagon is moving ahead with new military jetpack prototypes 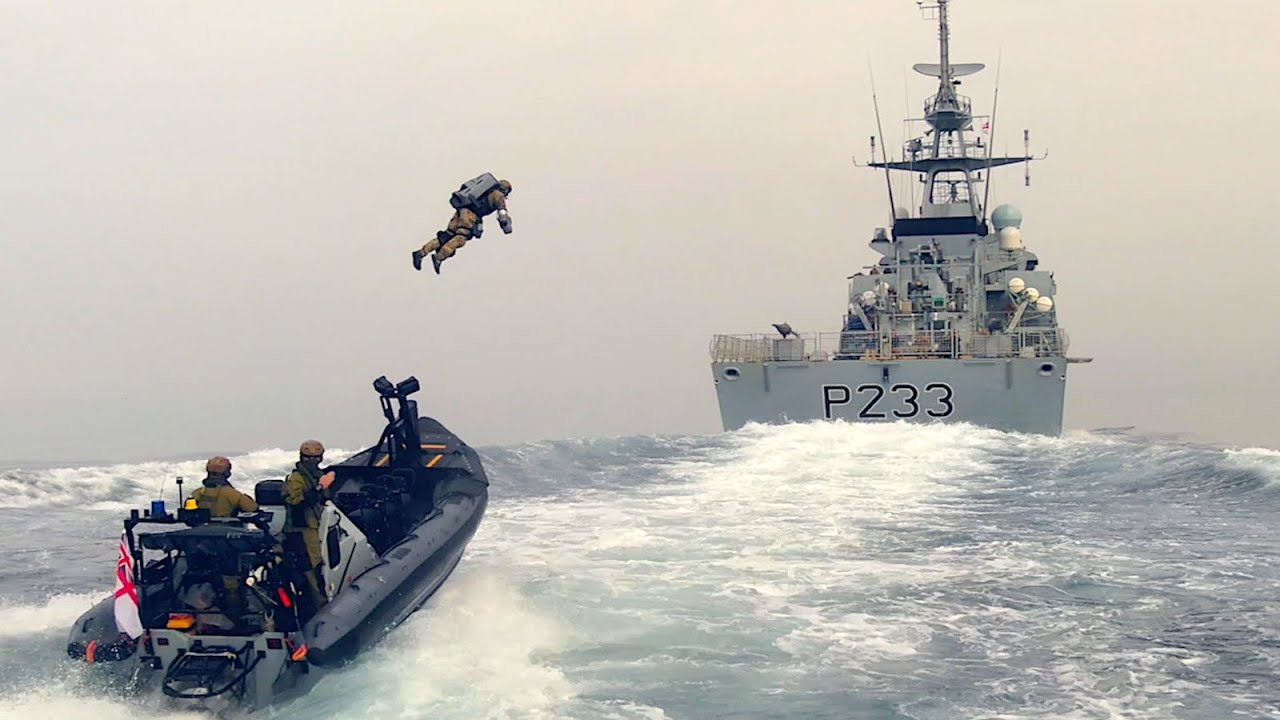 The Defense Department’s chief tech visionaries are once again attempting to make the U.S. military’s dream of jetpack-equipped infantry troops a reality through a pair of fresh contracts, Task & Purpose has learned.

Details regarding the contracts were not immediately available, but Phase II SBIR program funding “generally” consists of $750,000 for two years, according to information on the program’s website.

“DARPA is currently working with the small companies to finalize contracting details and award contracts, so at this time we can’t discuss the specifics,” the DARPA spokesman said.

DARPA officially announced in March 2021 that the agency’s small business programs office was looking for proposals “for cost of up to $225,000 for a 6-month period of performance” regarding the “feasibility” of the Portable Personal Air Mobility System that could reach ranges of “at least” 5 kilometers on the battlefield for a single operator.

Prospective platforms “could serve a variety of military missions, enabling cost-effective mission utility and agility in areas such as personnel logistics, urban augmented combat, [combat search and rescue], Maritime interdiction and SOF Infil/Exfil,” DARPA wrote. “Systems may be air deployed to allow for Infil to hostile territory, or ground deployed to allow for greater off-road mobility without the use of existing Vertical Takeoff & Landing aircraft such as helicopters and CV-22 [Osprey tiltrotor aircraft].”

The success or failure of the prospective unnamed prototypes could decide whether DARPA moves forward with the Portable Personal Air Mobility System program, according to the agency, which stated in its initial notice that Phase II would culminate in “a ground and/or flight test effort that establishes the viability of an operational version of the proposed system.”

The pursuit of a militarized jetpack is nearly as old as the American military’s obsession with powered armor. In the late 1950s, the Army awarded a contract to Bell Aerosystems to develop the Small Rocket Lift Device (SRLD), which became more commonly known as the “Rocket Belt.” Initially developed by engineer Wendell F. Moore, test pilot Harold M. Graham ended up demonstrating the rocket belt with a short powered flight for President John F. Kennedy at Fort Bragg, North Carolina in October 1961 before the program was canceled.

Troops with Bell’s futuristic apparatus “could launch hit and run raids or rush to break up an ambush,” as the Army envisioned at the time, per War is Boring. “Soldiers and Marines might zoom to dry land from ships offshore without having to plod along in landing craft or amphibious vehicles.”

A few years after the demise of the rocket belt, Bell in 1967 proposed a backpack-style Light Mobility System (LMS) explicitly for amphibious assaults, its mockups portraying swarms of jet-powered Marines attacking an enemy-held beach, conducting armed reconnaissance,  and carrying out raids on vulnerable hostile positions. But those mockups also revealed the jetpack’s potential weaknesses — namely, that they left even the fastest troops particularly vulnerable to enemy fire.

“In every depiction of the system, flying soldiers are terribly exposed to enemy fire,” as Kyle Mizokami put it in Popular Mechanics in 2018. “Bell did this to show the jetpack’s relevance to the battlefield on the ground, but by doing so it emphasized LMS’ weakness, showing jetpack soldiers as easy targets silhouetted against a blue sky. In a real war, soldiers with LMS would be the first ones to get shot at, negating any advantage of the platform.”

While the Army lost interest in Bell’s jetpack prototypes in the 1960s, experimentation with similar ventures persisted over the ensuing decades. In recent years, U.S. Special Operations Command contracted out to California-based JetPack Aviation to develop a lightweight “individual lift device” (ILD) that could fly at more than 200 miles per hour for testing by “late summer” 2019 (A SOCOM spokesman did not respond to multiple requests for comment from Task & Purpose on the results of those tests).
Indeed, the ideal model for jetpack warfare may end up coming from a new crop of entrepreneurs. In 2019, former UK Royal Marine and Gravity Industries founder flew a lap around the HMS Queen Elizabeth 2019 in an innovative jetpack, the same year the Royal Navy began actively experimenting with so-called “jet suit assault teams” for both amphibious and ship-to-ship operations.

As recently as this past October, Browning stated that Gravity Industries had collaborated with six “special operations customers” on their proprietary jetpacks for “maritime assault, search and rescue and special operations mobility” applications, as National Defense reported at the time (SOCOM did not respond to request for comment on whether it was among Browning’s customers).

When and to whom DARPA might end up awarding its Portable Personal Air Mobility System contracts remains to be seen. But, at the very least, the U.S. military appears ready to take a rocket-assisted leap in the direction of making your Boba Fett dreams a reality: