The Army is moving ahead with its IVAS combat goggles, although some issues persist

The augmented reality system can help soldiers see in the dark and through smoke, and can identify allies and enemies. 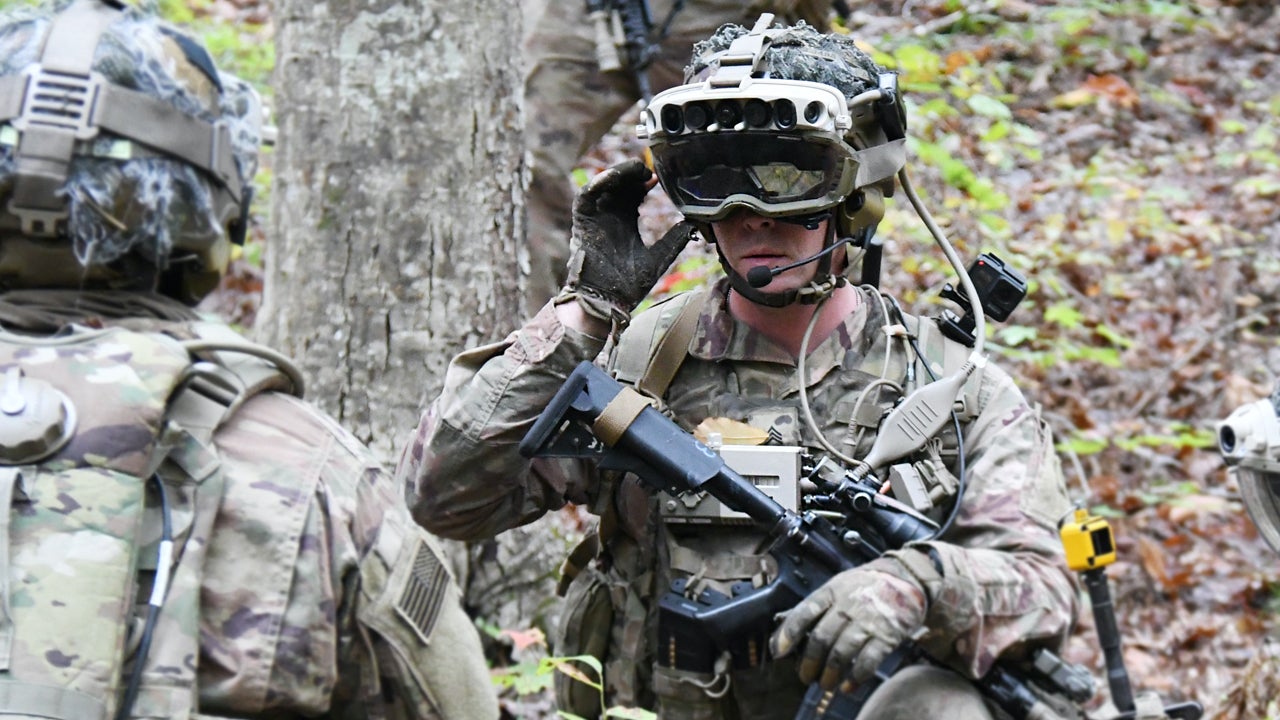 U.S. Army soldiers can finally use its new high tech augmented reality goggles, even though tests show some issues still need to be addressed. Bloomberg reported this week that the Army has officially accepted the first 5,000 Integrated Visual Augmentation System (IVAS) combat goggles it developed with Microsoft. The augmented reality system is meant to be an easy-to-use piece of equipment for soldiers to use around the world, essentially serving as a head’s up display straight out of a video game like Halo.

According to Bloomberg, the order to start accepting the goggles was given in August, but only came to light this month. These have been in testing for the last three years, using the Microsoft HoloLens 2 technology. The program is through Army Futures Command, which is developing and testing new technologies for the Army to use, ranging from these goggles to an ultra-light drone that recently flew for two months before dying in the desert. The IVAS system was a more prominent project; in initial testing it was even used to help measure soldiers’ temperature during the early days of the COVID-19 pandemic.

Although the Army is accepting the first batch, it acknowledged that much more testing is needed to work out some issues that were found during the initial testing. The Army is “is adjusting its fielding plan to allow for time to correct deficiencies and also field to units that are focused on training activities,” spokesman Jamal Beck told Bloomberg.

The goggles are meant to help soldiers in the field through augmented reality. Beyond just night vision elements, the technology can identify and outline friendly troops and distinguish between them and enemy forces. It can also create a map of the battlefield, allowing soldiers to see the situation before they exit vehicles and even translate foreign languages. Beyond combat usage, the IVAS can also be used for training purposes, simulating a hostile environment for soldiers to move through.

Last year the Army pushed back the fielding date for the goggles until this September, citing a need to refine and work on the technology. It’s unclear exactly how many of the 5,000 goggles will be fielded this month, or by what units.

The Army’s plan is to purchase as many as 121,000 of the IVAS goggles over the next decade, spending as much as $21.88 billion on the program (including services and spare parts beyond just the goggles themselves). That plan got some criticism earlier this year, when a report by the Pentagon Inspector General noted that initial tests and feedback from soldiers had not yielded actual touchstones for uses of the goggles. The report noted that as a result the IVAS goggles might not be used as designed or wanted by soldiers.

Another report on the effectiveness of the goggles is expected by the end of September.