"I was like 'I need to help her get her baby out of the car." 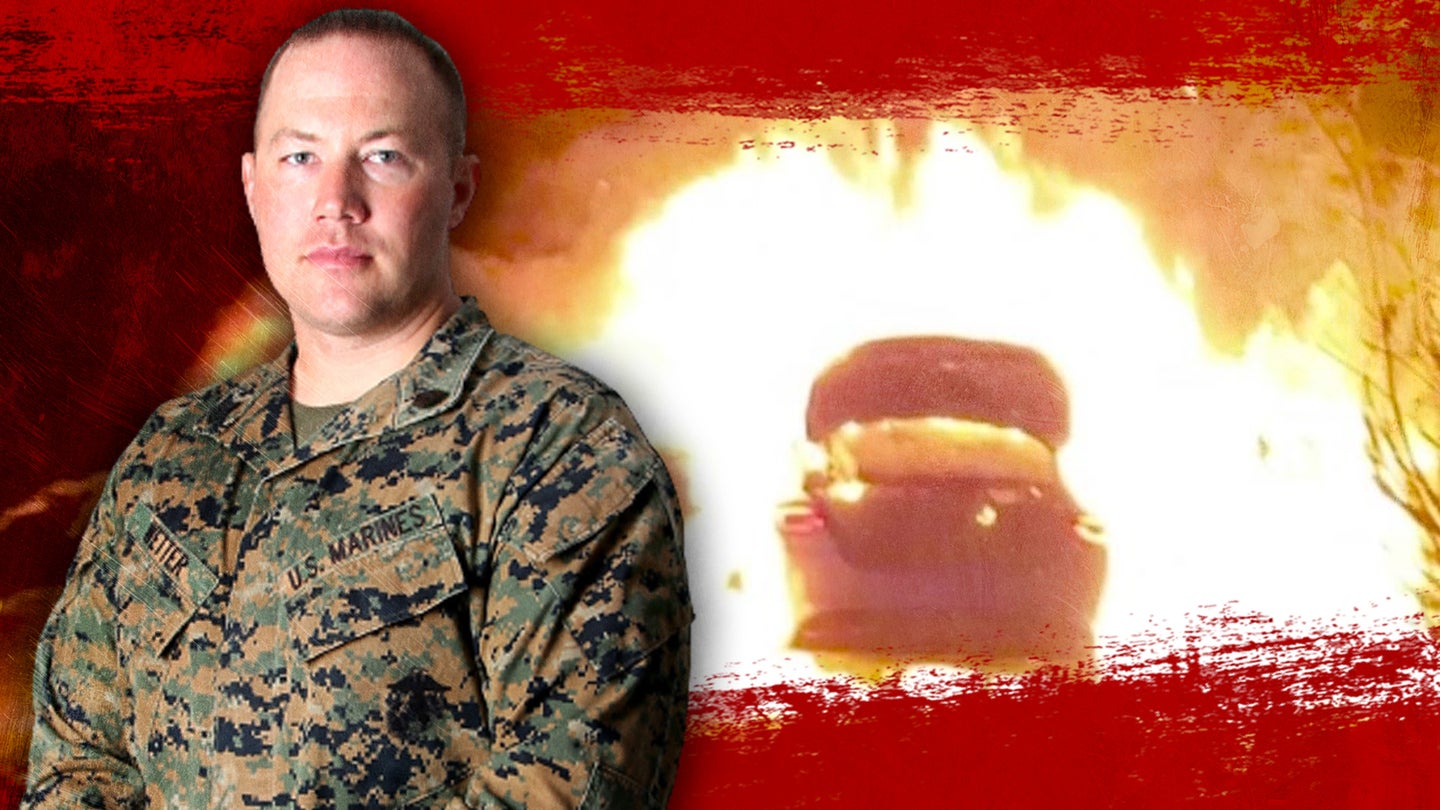 On Dec. 7, Marine Gunnery Sgt. Kyle Wetter was on a winding road through Fallbrook, California in the early evening when the car in front of him crashed into a fuel canister that had fallen off the back of a truck. The collision sent sparks into the air, caused the fuel to leak, and quickly set the vehicle alight.

The vehicle was carrying a family of three, and as Wetter pulled up behind the now-burning car on the side of the road, he saw a man move around to the passenger side, and a woman standing outside the vehicle.

An infant was trapped in a car seat in the back — the seat belt had become locked in place and wouldn’t unlatch.

“My initial feeling when I first got out there was ‘alright, no one’s hurt. The mom and dad — the two people — got out of the vehicle, so at that point, I was like ‘I need to help her get her baby out of the car,” Wetter said in a recent Marine Corps video interview, which includes footage from the incident and conversations with Wetter and Capt. John Choi, the public information officer with North Country Fire Protection District.

Without hesitating, Wetter, an infantry Marine with 17 years in the Corps, fell back on his training and sprang into action.

“Everything builds to where you handle stressful situations differently,” Wetter previously told Task & Purpose. “I know before I joined the military I wouldn’t have handled that situation the way that I did. I know the Marine Corps prepared me for that. I’m not a firefighter, but Marines are prepared to react to contact all the time.”

With the seat belt refusing to budge, Wetter pulled out his pocket knife, and cut the belt so the father, Anthony Hurley, could pull the car seat out.

“I am forever grateful for Gunnery Sgt. Kyle Wetter,” Hurley said in a Marine Corps press release about the incident. “He came at a time of need for my family.”

Wetter then helped the couple remove what belongings they could from the vehicle before it was fully consumed in flames. Within five minutes the car was a smoldering ruin, but thanks to Wetter’s quick action the family was in one piece.

“His preparedness is what resulted in a positive outcome,” Choi said in the video interview.

But if you were to take Wetter’s word for it, he was just in the right place at the right time.

“I was just a good person in the right place at the right time. It’s what I would expect anyone to do. I don’t think I’m special, by no means.”

RELATED: We salute the Marine Corps infantryman who rescued an infant from a burning car