Their car became stuck in flood waters. Then the Marines showed up.

'Helping people is just the standard.' 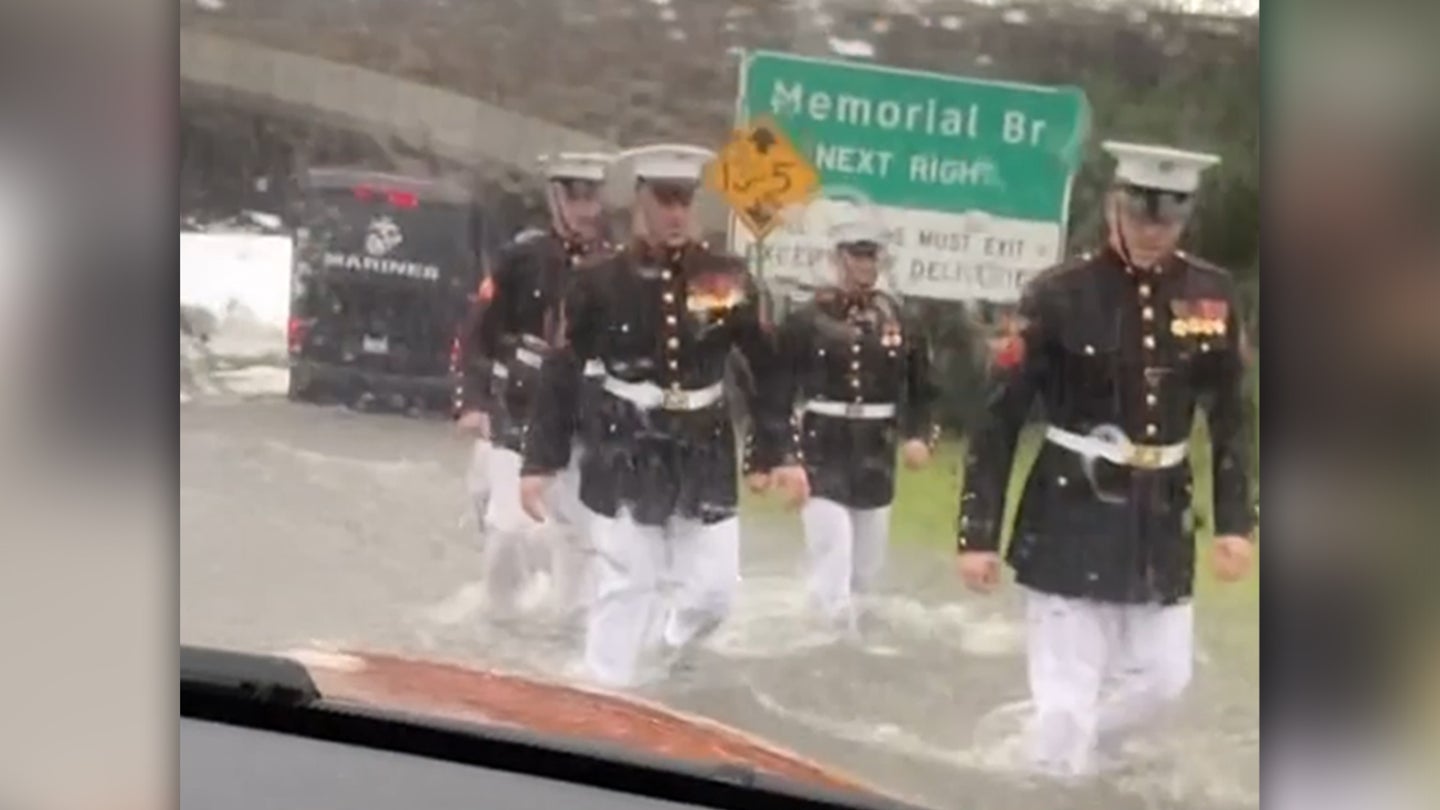 As a group of Marine Corps Body Bearers headed home from their fifth funeral service of the day, they noticed a man and a woman were in trouble.

Their car had stalled out in rising flood waters just outside Arlington National Cemetery as a downpour dumped rain on the nation’s capital last Thursday.

“There wasn’t even really a conversation about it,” said Capt. Katie Kochert, a spokeswoman for Marine Barracks Washington, D.C. “They were like: Yeah, we need to stop and help push this car to safety.”

The woman inside the car recorded what happened next in a TikTok video that has since gone viral.

“The Marines are going to help us,” the unnamed woman says as five Marines in their Dress Blue uniforms — with the white trousers sometimes worn by those on certain duty assignments during the summer season — wade into the knee-deep flood waters. “This is so cool. We just got stuck. Thank you so much!”

One of the Marines then motions for them to roll down the window and asks if the car is in neutral. Then, once that’s confirmed, they get to work.

“Thank you so much!” the woman says as the Marines get behind the car and push the vehicle to safety.

“Marine power!” the woman says, her voice full of emotion. “This is so cool. Oh my God. This is the most American thing ever.”

Thankfully, the Marines did not have to perform any more duties that day in their drenched uniforms. They were finished with their final funeral service for the day, Kochert said.

Marine Corps Body Bearers are part of a hand-picked unit that perform funeral services at Arlington National Cemetery and elsewhere. They not only render honors for Marines, but they also participate in funerals for presidents and other dignitaries.

“Their last funeral, it had rained on them, so they were already wet when they were wading through the waters,” Kochert said.

This is far from an isolated story. There have been many instances in which Marines have come to the aid of people in need. In 2018, Marines from the Washington, D.C., barracks sprinted toward a burning housing complex for seniors. Some of those Marines brought stretchers and wheelchairs.

In November 2020, Marines in Washington, D.C., helped to free a woman who was pinned under a car. And that December, Marine Gunnery Sgt. Kyle Wetter saved an infant trapped in a burning car by jumping into the vehicle and cutting the seatbelt that was holding the child’s car seat in place.

Indeed, Cpl. Mitchell Wojtowicz, said he and the other Marines who helped move the car out of the flood waters were simply doing what Marines are expected to do: Moving toward danger.

“Nothing about what we did was exceptional,” Wojtowicz said in a statement. “Helping people is just the standard.”