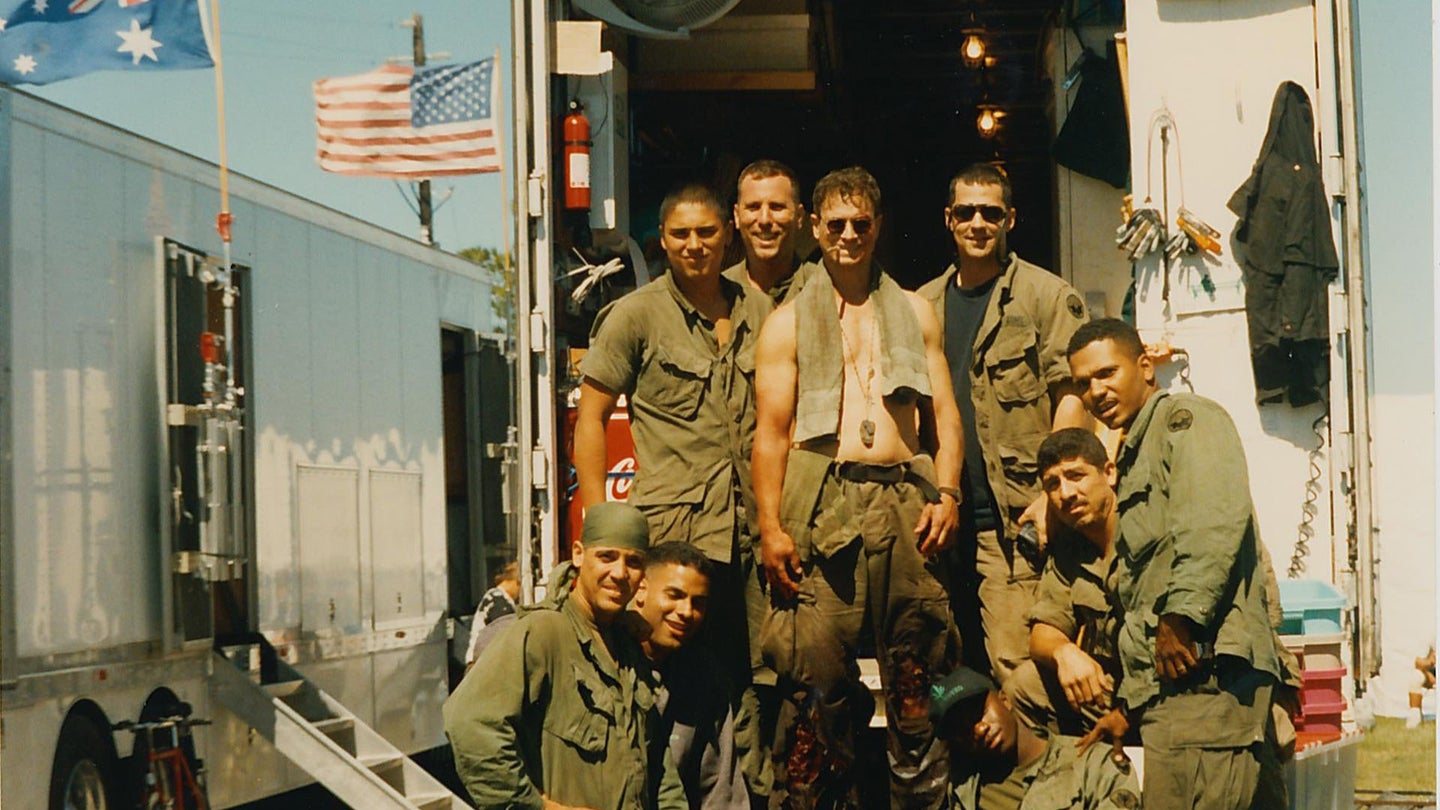 Almost 30 years ago, Gary Sinise appeared on screen as Lt. Dan Taylor in the movie “Forrest Gump”, with some words of advice that still serve servicemembers well today: Get down! Shut up! And always have good socks, cushioned soled, OD Green.

On Monday, the actor shared a few of his own personal, behind-the-scenes photos from the set of the film, offering a look back at some now-famous characters as the movie was being made.

The photos show Sinise along with co-stars Tom Hanks — Forrest, Forrest Gump — and Mykelti Williamson — Bubba — in their replica OG-107 combat fatigues, along with other actors who portrayed members of 4th Platoon, Alpha Company, 2-47 Infantry, a battalion of the 9th Infantry Division that did, in fact, serve in Vietnam.

In another photo, Hanks is shown putting on a performance and entertaining Lt. Dan and other members of the platoon. That includes Dallas, who was from Phoenix, as Gump relates in the film, along with Cleveland, who was from Detroit and Tex, who was from a location that has never been specified.

There is also a photo of Sinise filming a scene in which Lt. Dan swims in the Gulf of Mexico, having “made his peace with God” after his injuries in Vietnam.

The Lt. Dan character has long since become iconic, the quintessential tough but caring commander. The role also spawned decades of charitable work by the actor, focused on veterans. Through his Gary Sinise Foundation, he has helped build homes for disabled veterans and helped send thousands of veterans to visit the National World War II Museum in New Orleans, Louisiana. With his Lt. Dan Band, he has performed on USO tours and run local events and cookouts for veterans and families of the fallen.

Sinise’s work with veterans goes back even further. The actor, who helped found the now-famous Steppenwolf Theatre Company in Chicago, first directed a play written by a group of Vietnam veterans in 1981, later inviting veterans for a free dress rehearsal performance and dinner at the theater.

Lt. Dan may be timeless, but these photos offer a nostalgic look at a world when the character was just a concept. So keep your head down, your feet dry, and invest in whatever the next Apple Inc. is.