Trying to top Kenny Loggins? That might be harder than shooting down one of those MiG-28s. 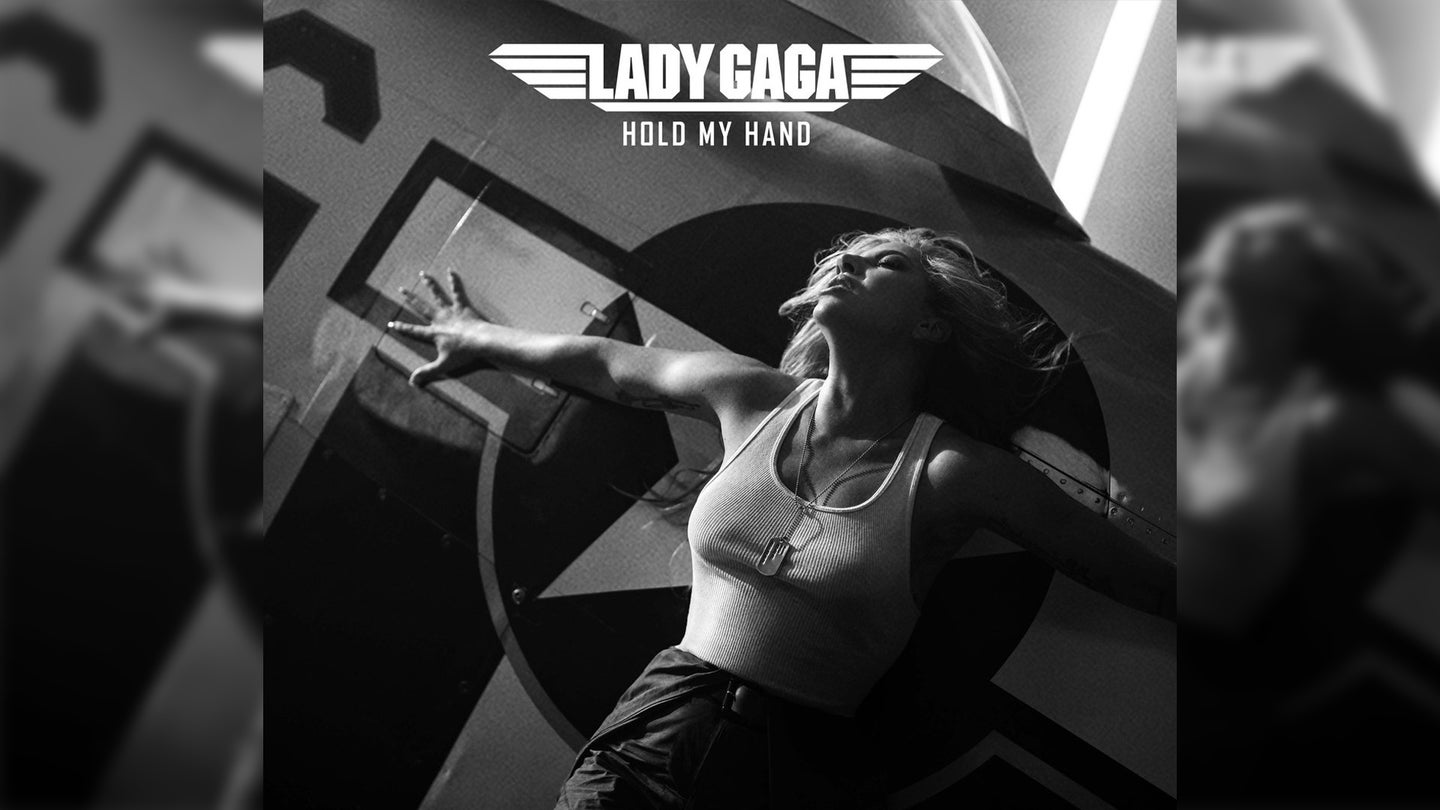 There’s a new “Top Gun” movie coming out next month, after years of delays befitting some of the aircraft a modern-day Maverick would be flying.

From what we can tell, the sequel, “Top Gun: Maverick,” will obviously feature a return of Tom Cruise’s Pete “Maverick” Mitchell – who is somehow still a Captain despite pushing 40 years in the Navy – to the cockpit along with a new generation of pilots.

Will there also be an explanation of what Val Kilmer’s “Iceman” and Jon Hamm’s “Cyclone” have been up to, given their very odd ribbon racks? Hopefully, there will be, if only to see how the movie explains why Hamm’s vice-admiral has so many stars on his Good Conduct Medal, which is awarded only to enlisted personnel after consecutive years of service.

But we do now have a name and a face for some of the film’s soundtrack: Lady Gaga, who announced this week that she was releasing a new single, “Hold My Hand” ahead of the movie’s release. Set for release on May 3, it’s part of the movie’s official scoreofficial soundtrack.

Now, part of what made the original “Top Gun” such a phenomenon was the score. A mixture of 1980s glam and cheesiness, the perfect encapsulation of a certain time and place when the sleeves were puffier, the collars were popped and the hair was bleached and gelled.

There’s Kenny Loggins starting off the movie with “Danger Zone,” the definitive track for naval aviation and riding your motorcycle along the flight line. Then a second Loggins classic, “Playing With the Boys,” which we all know and love from that one volleyball game.

On the more romantic side, for when a moody, hotshot pilot can’t reconcile his strong feelings for one of his Top Gun instructors, there are the new wave melodies of Berlin’s “Take My Breath Away.”

In other words, the bar was set high for “Top Gun” movie songs back in 1986. We’ll all be watching the sequel, but can Lady Gaga meet the challenge and deliver a song that can be the soundtrack to going inverted, brooding in a leather flight jacket or shooting down MiGs of unknown origin?

It’s hard to top the classics, even for an award-winning pop star like Lady Gaga.

And if the sequel is going to parallel the original and have Maverick or some other pilots serenading each other with some oldies ballads, just know that something like the equivalent of Jerry Lee Lewis’ “Great Balls of Fire” would be Nirvana’s “Smells Like Teen Spirit.” After all, it’s been decades, and the definition of “oldies” and “classics” has changed.

Something like The Righteous Brothers’ “You’ve Lost That Loving Feeling?” For the sequel, that might require a throwback to that long lost year of… 2001. Any Navy pilots up for some Smash Mouth karaoke?

After more than 35 years, how can expectations be higher for the next “Top Gun” song? Lady Gaga’s had some hits, and perhaps her particular brand of campy glamor will hit the same tone and bring viewers to a new “Danger Zone.”

But if not, well, let’s hope this isn’t a case of your ego writing checks your body can’t cash.