These habits definitely should not follow you back home after adeployment. 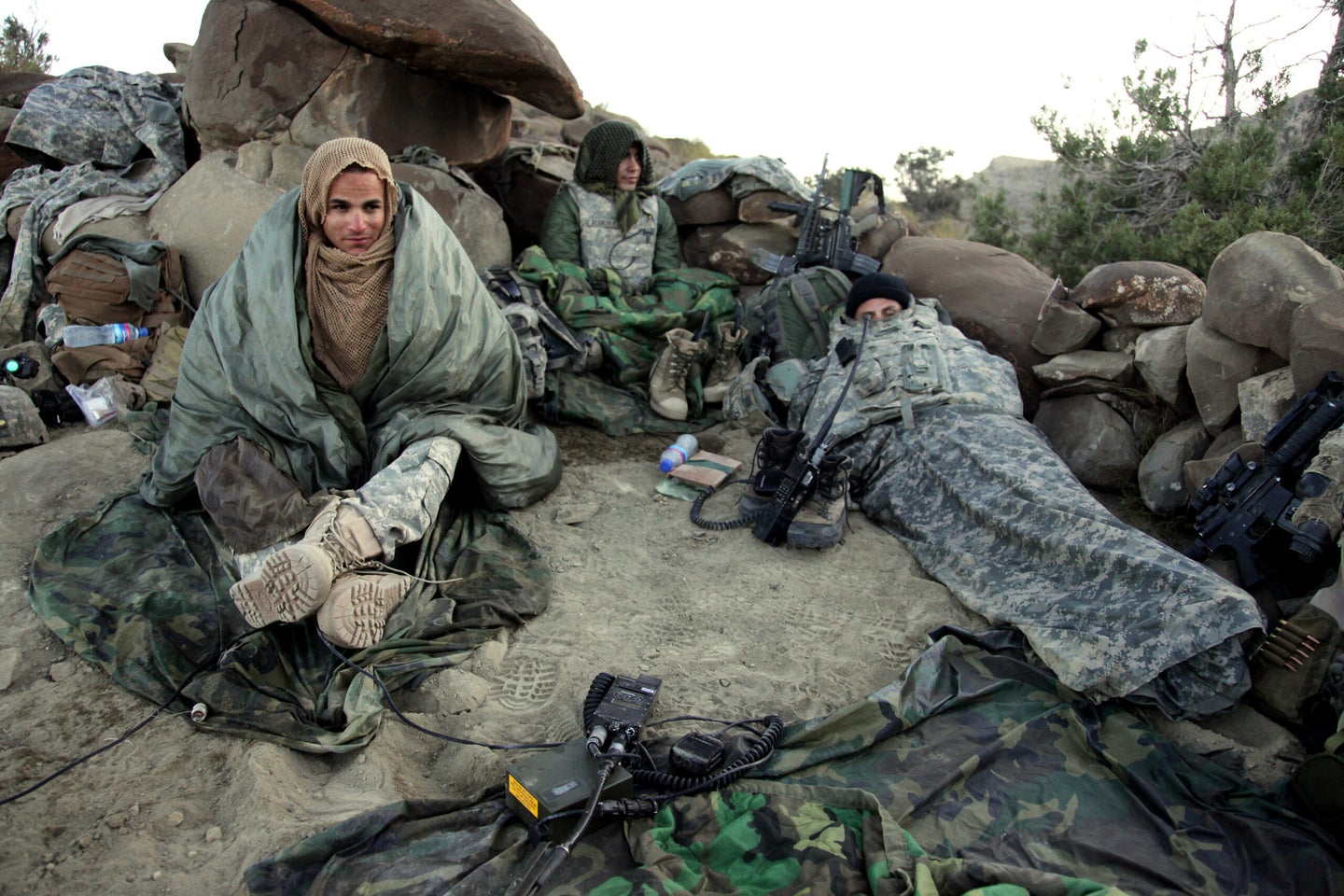 War sucks. But as soldiers, we adapt. We develop habits that increase our chances of survival and make the suck just a little bit more bearable. Some of those habits are worth hanging on to as we transition into the civilian workforce. Others, not so much.

Here’s a list of five military habits we picked up overseas that definitely should not follow us back home.

1. Snuggling your coworkers for warmth

Look, there’s no shame in snuggling up to your battle buddy on a chilly winter night in the field. It gets lonely in the desert and those military-issued sleeping bags simply don’t cut it in subzero temps. It is, however, unacceptable to snuggle a coworker in a civilian office setting, where that kind of physical contact between colleagues is both frowned upon and completely unnecessary to stay warm. That’s what thermostats are for.

Get caught dozing off on the clock and you’ll quickly develop a reputation among your coworkers as a lazy bum. For most folks, one or two cups of coffee in the morning will suffice. But if you’ve ever deployed, chances are your body is used to operating on at least 10 Rip Its before noon. While that’s certainly a great way to increase stamina and focus, it’s also a great way to die of kidney failure.

As veterans we know that wearing a reflective belt is the key to staying alive in a war zone. In addition to being mortar proof, these mandatory strips of neon plastic ensure that the wearer maintains maximum visibility at night (to scare off snipers, of course). But when worn over civilian work attire — or any attire, for that matter — the reflective belt looks really, really, really dumb. Our advice: burn that sucker the day you get out.

In Afghanistan, my platoon found a dog. She was covered in ticks and smelled like rotting goat carcasses, but we kept her around because she boosted morale. While adopting a platoon mascot off the trash-strewn streets of Kandahar is fine when you’re at war, here’s the thing about being employed in the civilian world: Feral dogs are a definite no go in the workplace. Why? Because they attack people and carry rabies.

Using baby wipes to cleanse your body of filth and grime is essential to maintaining personal hygiene while deployed. The last thing the guys in your platoon need is to constantly smell your moldy balls. But back in the States, where E. coli-free water is abundant, relying exclusively on the baby-wipe bath to stay clean will only lead your civilian colleagues to suspect that you live in a van down by the river. If you do, that’s cool. Just be sure to invest in some soap.