‘Purple Hearts’ romanticizes a sham military marriage. Here’s what they look like in real life

Sometimes, actually. And you might wind up in jail. 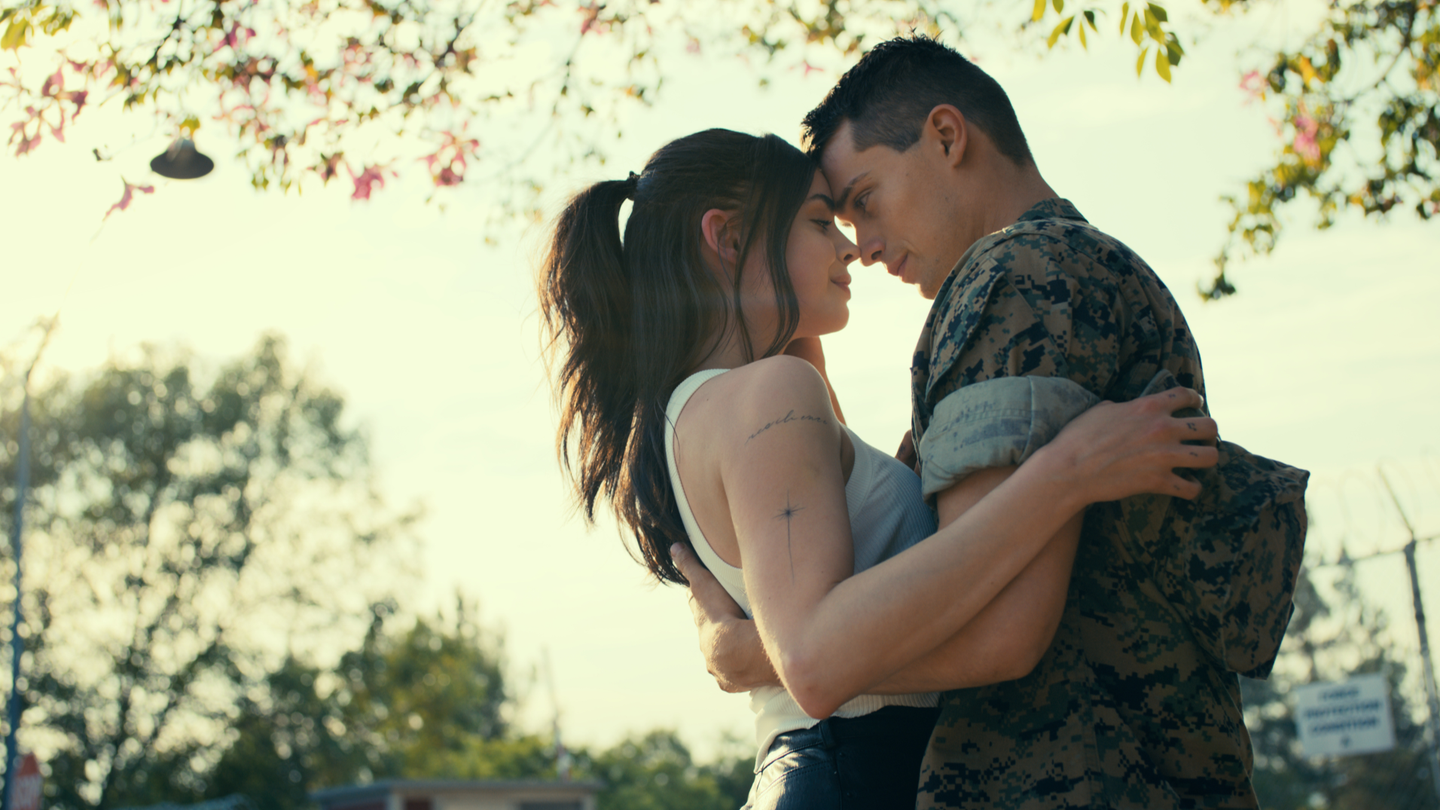 One of the most popular movies streaming on Netflix right now is Purple Hearts. It’s the story of a troubled Marine and an aspiring singer who make a seemingly simple choice: If the military offers benefits for being married, why not get married? In other words, a sham marriage.

Getting married to get out the barracks, or to get a bigger paycheck, is a bit of a military trope. Your average 20-year old Marine, soldier, airman or sailor might make a, perhaps, poorly thought out decision and get married on a whim. That in and of itself is not a crime. But actual sham marriages do happen on occasion, and if you’re caught in one, it’s subject to punishment from the Uniformed Code of Military Justice.

“If a service member marries a civilian merely for the purpose of providing them with military benefits, then, that is a fraudulent marriage, and to assist that person getting those benefits constitutes fraud against the U.S.,” said Guy Womack, a lawyer who specializes in military legal cases.

In Purple Hearts, Nicholas Galtzine’s Cpl. Luke Morrow is a recovering addict who joins the Marines to prove himself. He meets Cassie Salazar, a struggling singer/songwriter, played by Sofia Carson. He’s about to deploy to Iraq and she needs a way to pay for her Type 1 diabetes. They have little in common. She hates guns and he is, well, a Marine. He hates hot sauce on his tacos and she loves it. But they decide to enter into a sham marriage for the health care benefits. It might sound a little cheesy, but it’s supposedly a pretty enjoyable film.

However, unlike the premise of Purple Hearts, many actual sham marriage cases revolve around immigration issues: so-called “green card” marriages.

In 2021 Samuel Agyapong, a soldier at Fort Bragg, North Carolina, was convicted of entering into a sham marriage with a Ghanaian citizen. Agyapong received his housing allowance, and his new wife was able to establish residence in the U.S. A tip to the Army’s Criminal Investigation Division, though, revealed that the two had rarely, if ever, actually seen each other.

Earlier this month a soldier at Joint Base Elmendorf-Richardson in Alaska was convicted of a similar crime. Jacob Twork and Eddy Carolina Cruz were married in 2016 after meeting on Facebook, and in the subsequent years Cruz was able to apply for citizenship and Twork received more than $90,000 in housing allowances as he was stationed at multiple Army posts.

The couple even met up to stage “birthday, anniversary, and Christmas” pictures together to create the appearance of years of marital bliss.

Back in the fictional world of Purple Hearts, the couple eventually falls in love. Reality is a bit different, though.

Actually prosecuting one of these cases is a matter of proving that a marriage is, well, a marriage, and it can get complicated.

“Do they live together? If the Marine is deployed, is the spouse cohabiting with someone else. Is there evidence of a sexual relationship between the spouse and a person outside the marriage. Look at the bank records — do they share bank accounts?” said Womack.

There are also cases where soldiers will enter into marriages with each other.

In one 2010 instance, two airmen at Minot Air Force Base in North Dakota who were sharing an off-base apartment, agreed to get married in order to receive a housing allowance. They continued the arrangement, even after one was discharged.

The two made an attempt to act “like a married couple by doing the things married couples do,” spending time and money together, but ultimately admitted that this was just a convenient arrangement.

In another case, a Marine who was a Salvadoran national, admitted to being convinced by his team leader to enter into a sham marriage.

The Marine was introduced to a woman through his team leader and after a few dates was married to her.

While the two apparently made some effort to get to know each other after being married, the relationship deteriorated while the Marine was deployed to Afghanistan.

The case was ultimately prosecuted by the Marine Corps, although it was fraught with difficulty, ranging from language difficulties to the Marine’s admission that his own citizenship hinged on an honorable discharge. The Marine had provided power of attorney and tax paperwork, but ultimately confessed that the marriage was, in essence, a scam.

The Marine was convicted, but the case was overturned after an appellate court found insufficient evidence that the Marine had willingly committed a scam.

“The consequences most of the time will be conviction for larceny or fraud,” said Gary Barthel, a retired Marine lawyer now in private practice. “The amount of punishment would be commensurate with the breadth of the fraud. And the fraud aspect always comes back to the bad intent — the intent to steal.”

As for how that intent might come up, it may often be in the case of a security clearance investigation or a tip to criminal investigators, says Colby Vokey, a Texas-based lawyer and retired Marine Corps Lt. Col.

“It’s a rare occurrence, but it does happen,” said Vokey.

If prosecuted, service members entering into a sham marriage could be prosecuted under Article 124 of the UCMJ for fraud against the United States. Agyapong, the Fort Bragg soldier, was sentenced to 18 months in prison and a fine of more than $110,000.

So, a sham marriage may seem like an easy scam, but living out the plot of a Netflix movie may also see you serving some serious jail time.