For a few brief years back in the 1970s, the 101st Airborne Division donned its own unique blue beret. 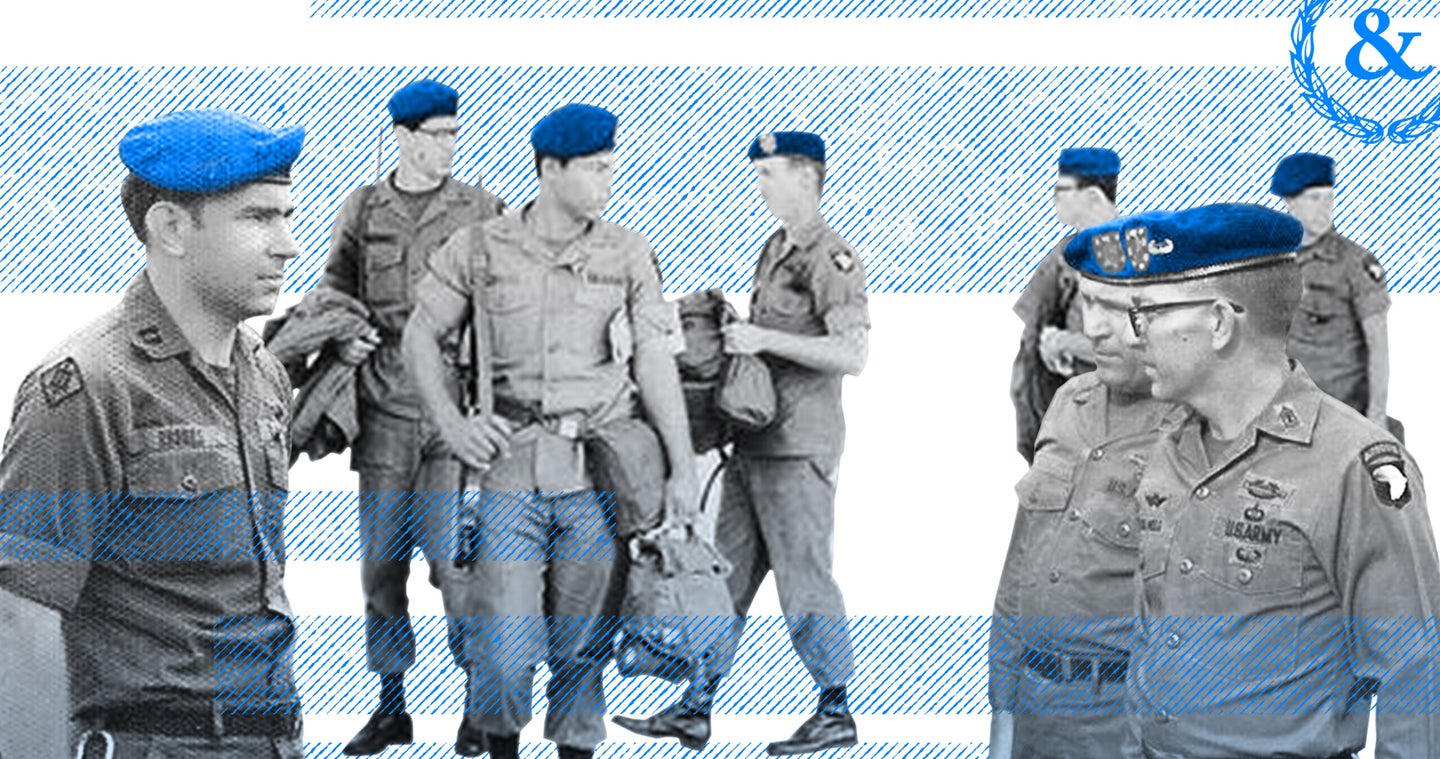 Berets: Everyone in the Army wears them on occasion, but some of them are special. Like the maroon beret of the 82nd Airborne Division. Or the tan beret of the 75th Ranger Regiment.

And, for a few brief years in the 1970s, the 101st Airborne Division had its own special take on that felted headgear: the blue Air Assault beret.

“The Army did go beret crazy from 1973 to 1978,” said Dr. John O’Brien, director of the Don F. Pratt Museum at Fort Campbell, Kentucky.  “The Chief of Staff of the Army at the time, Gen. Frederick Weyand, for purposes of morale in the post-Vietnam War era, allowed local commanders to authorize distinctive berets for their units. The 101st  Airborne Division (Air Assault) joined the fad and selected a blue beret for their new designation of air assault, as a way to distinguish the unit from airborne units who adopted the maroon beret.”

Berets, of course, have a long tradition in the Army, and in militaries in general. In 1943, the 509th Parachute Infantry Regiment — which carried out the first American airborne drop of World War II and is still an airborne unit to this day, with battalions in Alaska and Fort Polk, Louisiana — started wearing red berets given to the soldiers by the British 1st Airborne Corps. It was unofficial, but it stuck, and would continue to be a symbol of airborne units.

A decade later, the first Special Forces soldiers began wearing green berets, again in an homage to their British counterparts. It was worn in the field, as it was not allowed by Army regulations. But in 1961, then President John F. Kennedy visited Fort Bragg, North Carolina, and caught a glimpse of Special Forces training, complete with soldiers in green berets, and authorized their use.

The early 1970s were not a great time for military morale in general. The Vietnam War was ending and the Army was transitioning to an all-volunteer force. Recruiting campaigns — including one featuring a then-unknown John Travolta — emphasized pay, the opportunity to travel, and the fact that you could keep your sideburns. And making berets an official uniform item was another way to increase morale and esprit de corps.

The 101st was also in a transition period, having shifted from an airborne unit to an air assault division while deployed to Vietnam, and when the unit was officially taken off jump status in 1974, it was authorized to wear the blue beret, along with the air assault badge.

Functionally, it was similar to the maroon beret that was similarly authorized in 1973. Each battalion or squadron had a unit flash dating back to the unit’s World War II history, according to O’Brien.

The blue beret, though, would be short-lived. The beret craze was leading to a proliferation of different colors. There were maroon, blue, and black berets, not only for Ranger units but for armored ones as well. A brigade in Alaska was even wearing a brown beret. The new Army Chief of Staff, Gen. Bernard Rogers, decided to standardize all Army headgear and ordered berets done away with in 1979. That decision was partially reversed a year later by yet another Army Chief of Staff, Gen. Edward Meyer. Ranger units would wear the black beret, and airborne units would wear the maroon beret. The blue air assault beret, however, did not make the cut.

Thus they remain a brief chapter in the history of the 101st Airborne Division. The blue beret is now more commonly associated with Air Force Security Forces, but if the Army is ever looking for a uniform update, how about a blue air assault beret?