This Airborne unit will give longer weekends if troops avoid DUIs

It's the carrot versus stick approach. 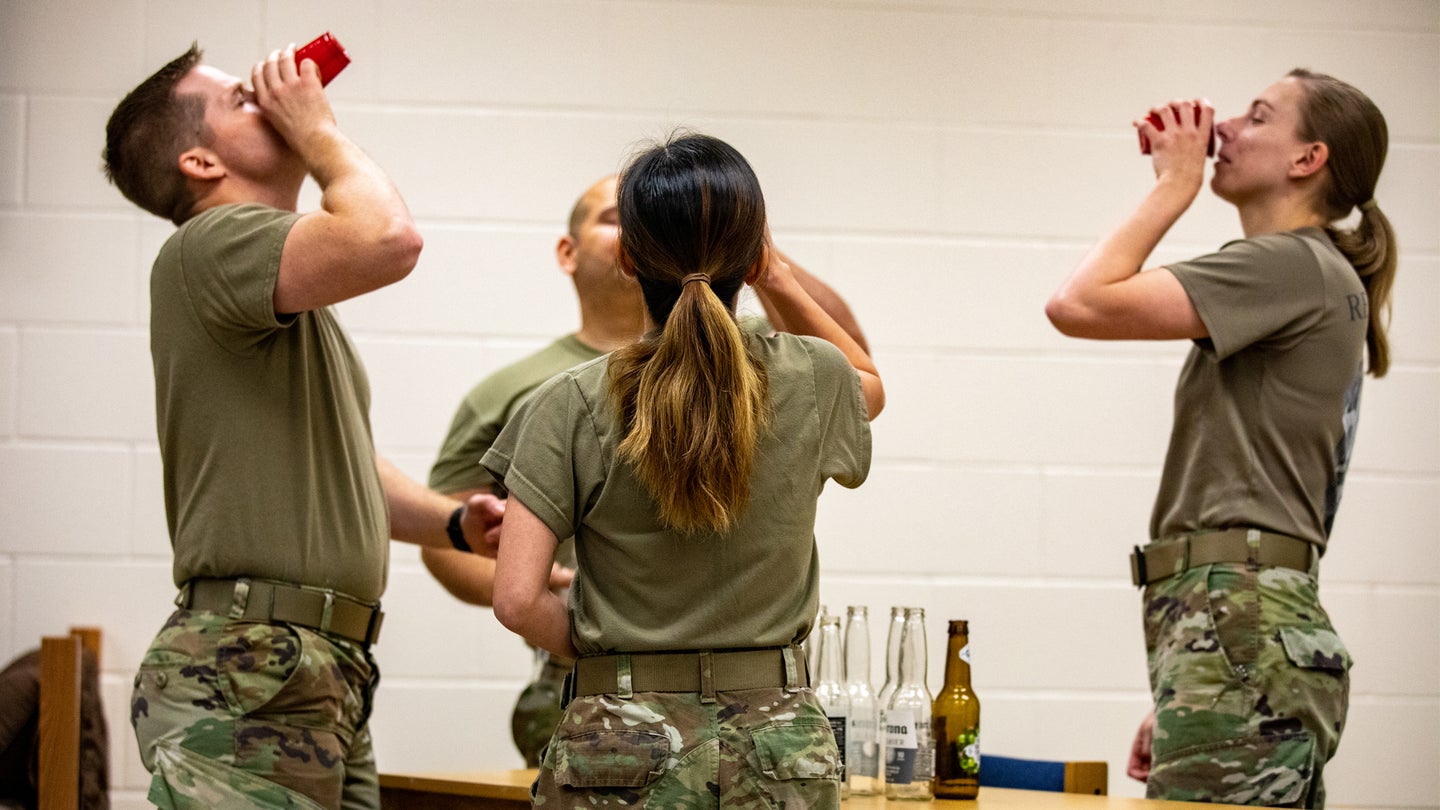 The Army is considering a new approach to drinking in the barracks; Just letting soldiers do it and trust that they'll be responsible adults. (Staff Sgt. Daniel Herman/U.S. Army).
SHARE

Troops with the 11th Airborne Division are getting a new reward. Companies and batteries can now earn an additional day off work. The catch? They must all pass drug tests and not get busted for driving under the influence for 90 days.

Military.com reported on an August 11 memo the head of the 11th Airborne Division sent to troops. Maj. Gen. Brian Eifler sent out the memo to his troops, detailing several policies. If a battalion can hit the 90-day mark without a positive drug test or DUI, the formation gets a four-day weekend. A whole brigade? That earns either one four-day weekend or a pair of three-day weekends, per the memo. But to qualify, beyond just hitting that 90 day benchmark, at least 10% of a unit must be regularly drug tested.

It’s unclear how much of a problem DUIs are with the division or troops as a whole in Alaska. According to Military.com, the issue however is bad enough that commanders stopped the sale of alcohol on base after 10 p.m. The division is headquartered in Fort Wainright in Fairbanks, Alaska, which is in a much more remote part of the state than units such as the ones near Anchorage. Beyond absence from families and larger communities, the isolation and cold of being stationed that far north in Alaska can and has hurt morale for soldiers stationed there and can hurt the mental well being of the troops.

The move by Eifler comes even as the Army as a whole is considering easing alcohol restrictions in the barracks. That’s currently being tested out to see if that is the better alternative to current rules regarding booze. A study from this year by SAGE Journals found heavy and binge drinking to be a serious issue and danger to unit readiness, and that enforcement of restrictions did not seriously affect the actual alcohol consumption by soldiers.

The 11th Airborne Division has historic roots, but only recently got a new life. It was formed during World War II for airborne operations. It was reconstituted in June this year, folding in other units in Alaska. It comprises roughly 12,000 soldiers, and is the first time in seven decades that the Army formed a new airborne division.

The military has been using additional leave as an incentive for a number of initiatives, from unit discipline such as with the 11th Airborne Division, and to get more recruits to sign up and quickly deploy to basic training. In Alaska, additional time off can be granted for doing community service, completing a sexual assault prevention course and even doing cold weather sports like cross country skiing or visiting a glacier.