Air Force Warns Base Personnel: Don’t Go To This Bar

Military personnel stationed at Maxwell Air Force Base in Montgomery, Alabama, would be wise to steer clear of The Shack... 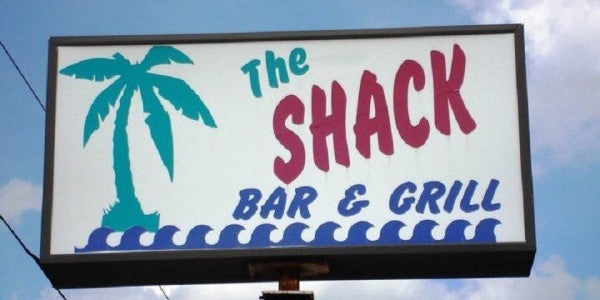 Military personnel stationed at Maxwell Air Force Base in Montgomery, Alabama, would be wise to steer clear of The Shack Bar and Grill.

Col. Eric Shafa, 42nd Air Base Wing commander at Maxwell, declared The Shack “off limits” for all active duty, reserve, and National Guard personnel on May 24, making it the first establishment in the area to be blacklisted by the service, according to the Montgomery Advertiser.

“I have received credible information from local law enforcement that the following establishment (The Shack) presents conditions that adversely affect the health, safety, welfare, morale and good order and discipline of active-duty military personnel assigned to Maxwell,” Shafa said in a memo to all base personnel.

The proclamation came just days after a double-shooting in the parking lot of the bar, about 7 miles off base. The suspected shooter has since been arrested; it’s unclear at this time if either of the victims, one of whom was injured critically, were service members.

The Shack will remain off-limits pending a review by the regional Armed Forces Disciplinary Control Board. Until and unless the board changes that determination, the bar is also banned for all service members covered in the region. That includes personnel from the following bases: Fort Benning, Georgia; Warner Robins Air Force Base, Georgia; the U.S. Naval Reserve Center in Columbus, Georgia; and the Marine Corps Logistics Base, Albany, Georgia.

Any service members at Maxwell or in the larger area who enter or visit the bar will be subject to disciplinary action.