Founding Father Alexander Hamilton is in the midst of renaissance, largely due to the wildly successful Broadway musical “Hamilton.” These... 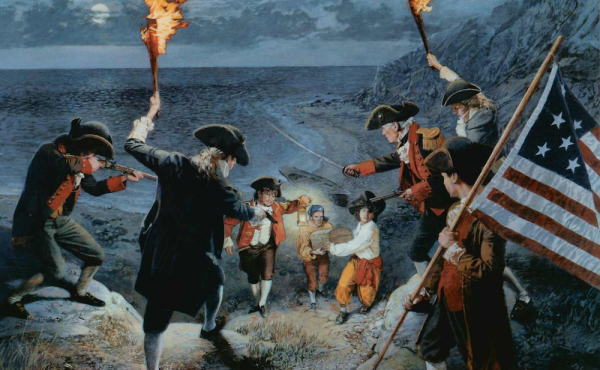 Founding Father Alexander Hamilton is in the midst of renaissance, largely due to the wildly successful Broadway musical “Hamilton.” These days, his name can be found often alongside George Washington’s, in the annals of history, and all over New York City.

Throughout his later years, Hamilton held several prominent roles in early American history as a delegate to the Constitutional Convention, contributor to the Federalist papers, the first United States' treasury secretary, and now the face of the $10 bill.

But what you may not know is that Hamilton is also the founder of the Coast Guard. Though, at the time, it wasn’t intended to be a search-and-rescue service.

According to the Coast Guard’s blog, “Hamilton assigned revenue cutters to the East Coast’s ten major seaports, allowing for import tariff collection, critically important to the economic viability of the nation.”

In addition to customs duties, the small fleet provided aid “for the protection of lives and property at sea.”

And although that is what the modern-day Coast Guard holds as its primary mission, the fleet was not renamed until 1915. During that year, the Department of the Treasury merged the Revenue Cutter Service with the Lighthouse Service, the Steamboat Inspection Service, the Bureau of Navigation, and the Lifesaving Service to create the all-inclusive maritime service we have today.

It is one of the five armed services in addition to the Army, Navy, Air Force, and Marine Corps. And as a result, the Coast Guard has played a role in every war since its inception in 1790. And in May 2016, the newest National Security Cutter, U.S. Coast Guard Cutter Hamilton, became the sixth cutter to bear the name of its legendary founder.