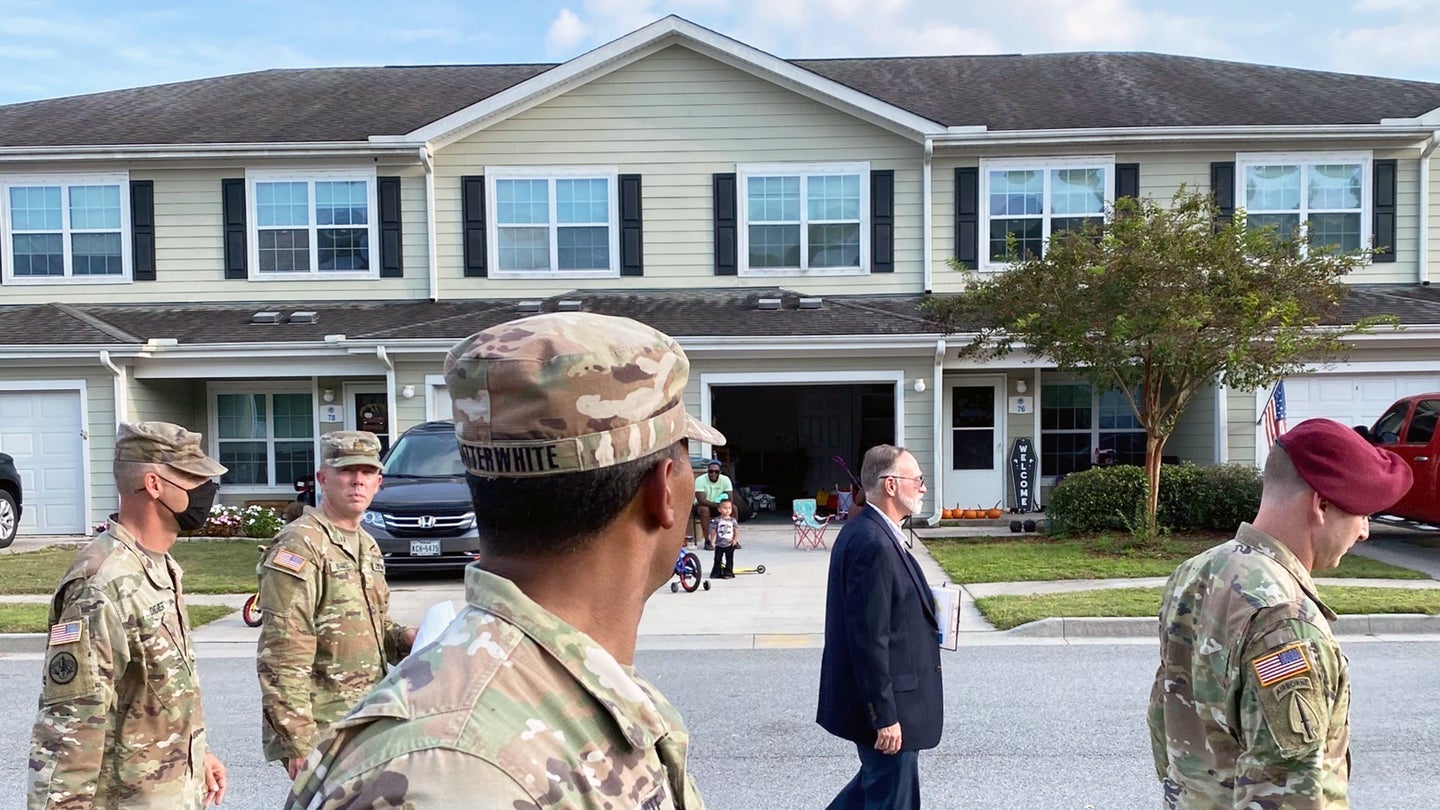 A private housing contractor that subjected military families across the country to toxic mold, insect infestations, water leaks, burst pipes and other problems pleaded guilty to major fraud against the United States on Wednesday, agreeing to pay more than $65 million in fines and restitution.

“Instead of promptly repairing housing for U.S. service members as required, BBC lied about the repairs to pocket millions of dollars in performance bonuses,” said Deputy Attorney General Lisa Monaco, the second-highest ranking official in the Department of Justice. “This pervasive fraud was a consequence of BBC’s broken corporate culture, which valued profit over the welfare of service members.”

Specifically, Balfour Beatty Communities was sentenced to pay over $33.6 million in criminal fines and over $31.8 million in restitution to the U.S. military, serve three years of probation, and engage an independent compliance monitor for a period of three years. Separately, Balfour Beatty Communities settled a False Claims Act case with the U.S. and was found liable for $35.2 million. However, any amounts paid under the civil settlement will be credited against the $65 million owed under the company’s criminal plea, the Justice Department said.

The punishment was not enough for some onlookers, who wanted Balfour Beatty Communities taken off the government payroll and forbidden from military housing responsibilities.

“They still have their contract,” wrote another. “So it’s basically a slap on the wrist and a warning to not do it again.”

“At closing, the houses become property of BBC who will own and operate the rental housing development for military families, as well as finance, plan, design, and construct improvements in the development that maintain the housing units for the 50-year lease period,” said Jessie Barrera, who was program manager for Global Strike Command’s Western Group bases at the time.

Still, the fines could have a dramatic impact on the bottom line of Balfour Beatty, BBC’s United Kingdom-based parent company. The Guardian reported that the fines levied against BBC “are more than Balfour Beatty’s entire profit before tax for 2020” of £48 million ($64.4 million). However, the company made £8.6 billion ($11.54 billion) in revenue that year.

American lawmakers and military officials have pressured Balfour Beatty Communities to clean up its act for years. In 2019, after Reuters and CBS reported that Balfour Beatty had “falsified its Tinker Air Force Base maintenance records for years” in order to appear responsive to resident complaints and secure its incentive fee bonuses from the Air Force, the Air Force gave the company 90 days to come up with a plan to fix those problems.

“This is not the first time allegations have been raised that Balfour Beatty has used fraudulent work order practices at Air Force bases,” said Sen. Jim Inhofe (R-Okla.) and Sen. Jack Reed (D-R.I.) at the time, in response to the Reuters report. “This isn’t even the second time. It is the third time—and it is completely unacceptable and disturbing. How much more should we ask military families to endure?”

But two years later, Air Force and Army families were still filing lawsuits against Balfour Beatty Communities. One lawsuit alleged one instance after another of “squalid conditions,” such as plumbing issues, insect and rodent infestations, asbestos, and mold, that the housing provider did little to repair.

One family involved in the lawsuit alleged that they developed asthma and migraines after moving into their Balfour Beatty-maintained home at Sheppard Air Force Base. James Banner, the father of the family, had such intense migraines he was eventually discharged from the military, the lawsuit said. Another family at Fort Bliss said a hot water pipe ruptured in their children’s bedroom in the middle of the night, “burning them with [scalding] hot water,” the lawsuit said.

“They’re still doing the same things today that they’ve got people in jail for,” Air Force Staff Sgt. Jonn Roellchen told Task & Purpose in June. The airman and his family have been dealing with problems in Balfour Beatty homes since 2019.

“The issues with the work orders that they were under federal investigation for, it’s still happening,” he said. “Nothing has changed.”

In its defense, Balfour Beatty said on Thursday that it “is committed to the highest standards of ethical conduct,” the company wrote in a statement.

“The wrongdoing that took place is completely contrary to the way the Company expects its people to behave,” Balfour Beatty added. “The Company apologizes for the actions of Communities to all its stakeholders. It has been made clear to all employees that breaches of policies, procedures, or law will not be tolerated.”

Still, the scheme to which Balfour Beatty Communities pleaded guilty is “despicable,” said David Estes, U.S. Attorney for the Southern District of Georgia, in the Department of Justice statement. Tens of thousands of service members and their families live in Balfour Beatty communities around the country, for which the company earns not only fees from the military, but also the payments of service members’ basic allowance for housing.

While Balfour Beatty Communities usually receives a monthly base fee, the company also received performance incentive fees from service branches paid quarterly or semi-annually, the Department of Justice explained. To obtain the incentive fees, Balfour Beatty Communities had to submit proof that it was maintaining the properties and satisfying residents. But from 2013 to 2019, Balfour employees altered or manipulated data in property management software, and destroyed or falsified resident comment cards to make it seem like they were doing a better job than they actually were, the Department of Justice wrote.

“As a result, according to court documents, there were lengthy and unnecessary delays in the resolution of maintenance issues to the detriment of service members and their families,” the department said.

“The defendants’ greed undermined a program designed to protect service members’ homes while they courageously fight to protect our homeland,” said Robert Troester, acting U.S. Attorney for the Western District of Oklahoma on Wednesday. “Service members and their families deserve better.”

Those families have understandably had enough.

“You can sit here and tell me that you’re sorry all you want,” Roellchen said in June. “I don’t want sorry, I want you to do the job.”