The Pentagon is not fully tracking mold, asbestos, and other serious health risks in its privatized housing, watchdog report says

The Defense Department is "unable to effectively monitor and ensure the health and safety of its service members and their families,” according to a new watchdog report. 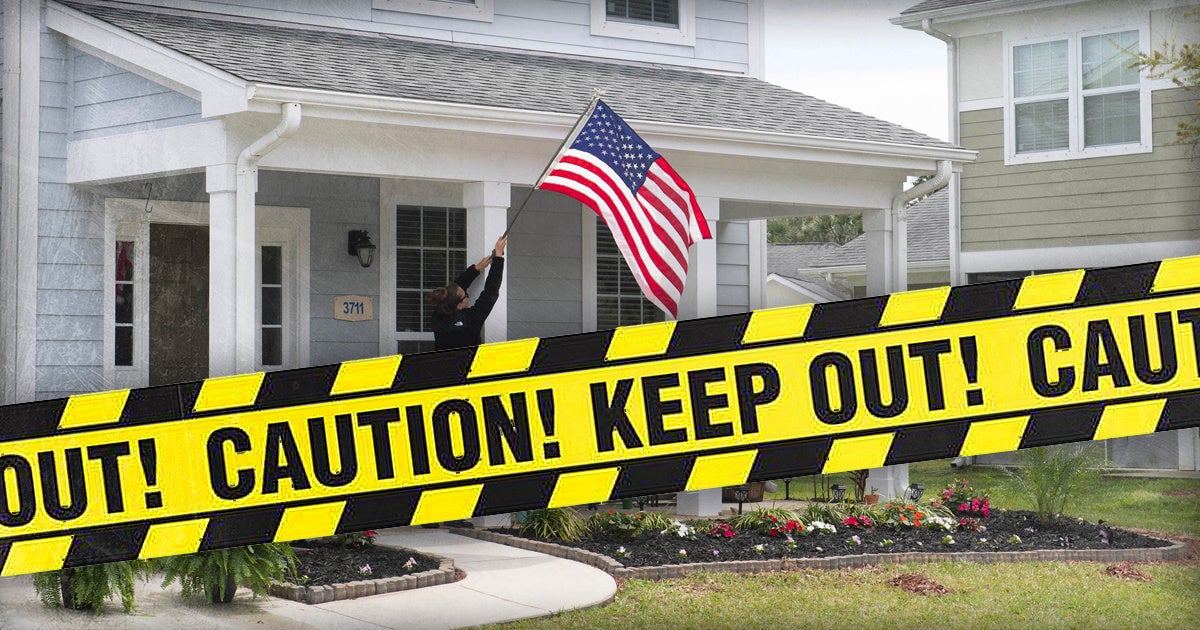 Despite the well-publicized prevalence of mold, lead paint, and other unsafe health conditions among private military housing units in recent years, the Defense Department appears to be experiencing issues when it comes to actually monitoring how widespread those problems have become.

A recently published report from the DoD’s Inspector General’s office found that the Pentagon does not adequately track if the conditions of privatized housing adversely impact the health of U.S. service members and their families.

“Because DoD officials did not have readily available access to sufficient information to connect health and safety incidents to PMH [privatized military housing], they were unable to effectively monitor and ensure the health and safety of its service members and their families,” reads the report, which was made public in December.

The good news is that the vast majority of the units inspected as part of the IG audit of privatized military housing were in good condition. Out of 28,759 houses that had open work orders as of June 30, 2021, just 58 were determined to have a condition that was considered unsafe or unhealthy.

The IG office, however, found that the Army and Air Force have not sufficiently kept track of data on privatized military housing, leaving the Pentagon without a way to track the health and safety conditions of where many service members and their families live.

Despite a requirement from 2014 to fully track data on the health of service members living in privatized military housing, as of June 2021 the Army only had data for 41% and the Air Force just 25% of their respective populations. By October 2021, the Army had increased to 68% and the Air Force to 59%. The Navy and Marine Corps had fully populated the data from people residing in privatized military housing after that time.

However, in 2018, a report by Reuters exposed the widespread presence of mold, lead-based paint, and other dangerous materials in these houses. Those articles prompted testimony before Congress by the president of Balfour Beatty, the largest manager of privatized military housing, during which then-Army Chief of Staff Gen. Mark Milley said he was “deeply troubled” by the state of military housing conditions.

There’s no shortage of news stories — and personal anecdotes among rank-and-file service members — that demonstrate the issues some face with military housing. In August, one family told Task & Purpose about the mold, dead animals, and insects found at their home at Fort Belvoir, Virginia.

Balfour Beatty, which operates military housing at 21 Air Force, 18 Navy, and 16 Army bases across the country and “falsified its performance data and destroyed resident comment cards so it could pocket performance incentive fees from the Army, Air Force and Navy,” has walked away from repeated complaints of improperly maintained homes with nothing other than a fine.

The audit of military housing was authorized under the 2021 National Defense Authorization Act and looked at housing at Fort Belvoir and Marine Corps Base Quantico in Virginia, as well as Eglin Air Force Base, Naval Air Station Pensacola, and Naval Air Station Whiting Field in Florida. The audit also reviewed work orders from other sites to complete a statistical analysis of the problem.

So why is the Pentagon falling short? One housing manager told the IG office that “there was no established timeline as the effort requires significant labor to create real property records for tens of thousands of privatized inventory.”

Because of the lack of information, the IG office could not accurately get a complete picture of how housing conditions had affected their residents.

As the IG’s office wrote, “the DoD lacked sufficient information to determine the association of adverse housing exposures with the occurrence of a medical event across the Military Services at the time of the audit.”