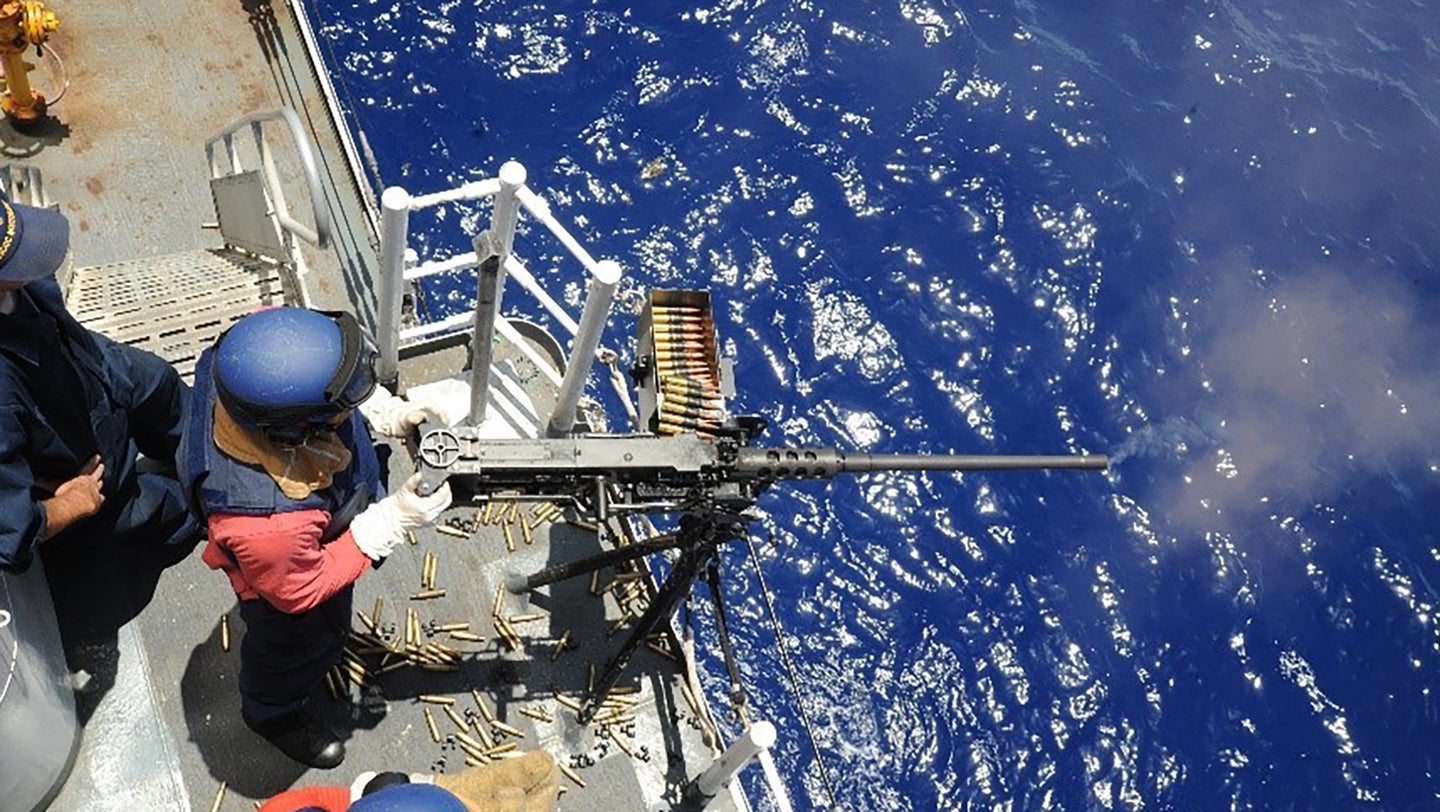 This latest incident marks the second time in as many weeks that U.S. ships have fired warning shots in response to aggressive maneuvers by Islamic Revolutionary Guard Corps Navy boats.

Monday’s incident happened as four Navy ships and two Coast Guard patrol boats were escorting the Ohio-class guided-missile submarine USS Georgia through the Strait of Hormuz, according to 5th Fleet. The Georgia was surfaced at the time.

A total of 13 armed Iranian speedboats surrounded the American vessels, which were in international waters at the time, said 5th Fleet spokeswoman Cmdr. Rebecca Rebarich. All of the Iranian boats were moving too fast and too close to the U.S. ships.

Then, two Iranian boats broke away from the rest of their group and zoomed toward the Coast Guard patrol boats USCGC Wrangell and USCGC Maui at speeds above 32 knots, a 5th Fleet news release says.

The two Iranian speedboats failed to respond to several types of warnings from the Coast Guard vessels and came within 300 yards of the Maui and Wrangell, the news release says.

The Maui fired a burst of warning shots at the Iranians, but the boats did not relent, coming within 150 yards of the patrol boat, the news release says. But after the Maui fired a second burst, the Iranian boats finally broke off.

“The two IRGCN [Islamic Revolutionary Guard Corps Navy] vessels maneuvered in an unsafe and unprofessional manner and failed to exercise due regard for the safety of U.S. forces as required under international law,” the news release says. “Their actions when coupled with the actions of the larger group of FIAC [fast in-shore attack craft] increased the risk of miscalculation and collision and were not in accordance with the internationally recognized COLREGS’ ‘rules of the road’ or internationally recognized maritime customs.”

“That it occurred in a strait, an international chokepoint waterway, that too is significant,” he added.

It is also worth noting that the Navy took the highly unusual step back in December of posting a picture of the Georgia transiting the Strait of Hormuz, marking the first time in eight years that an Ohio-class guided-missile submarine had sailed in the Persian Gulf.

When asked if the Iranians were trying to pick a fight with the Navy and Coast Guard, Kirby said the Islamic Revolutionary Guard Corps Navy has harassed American vessels for a long time.

“That gets to specific rules of engagement,” Kirby said. “I think you know we don’t talk about that. Our commanding officers and the crews of our ships, they have the right of self-defense and they know how to use that right.”