“Enjoy the sound of freedom." 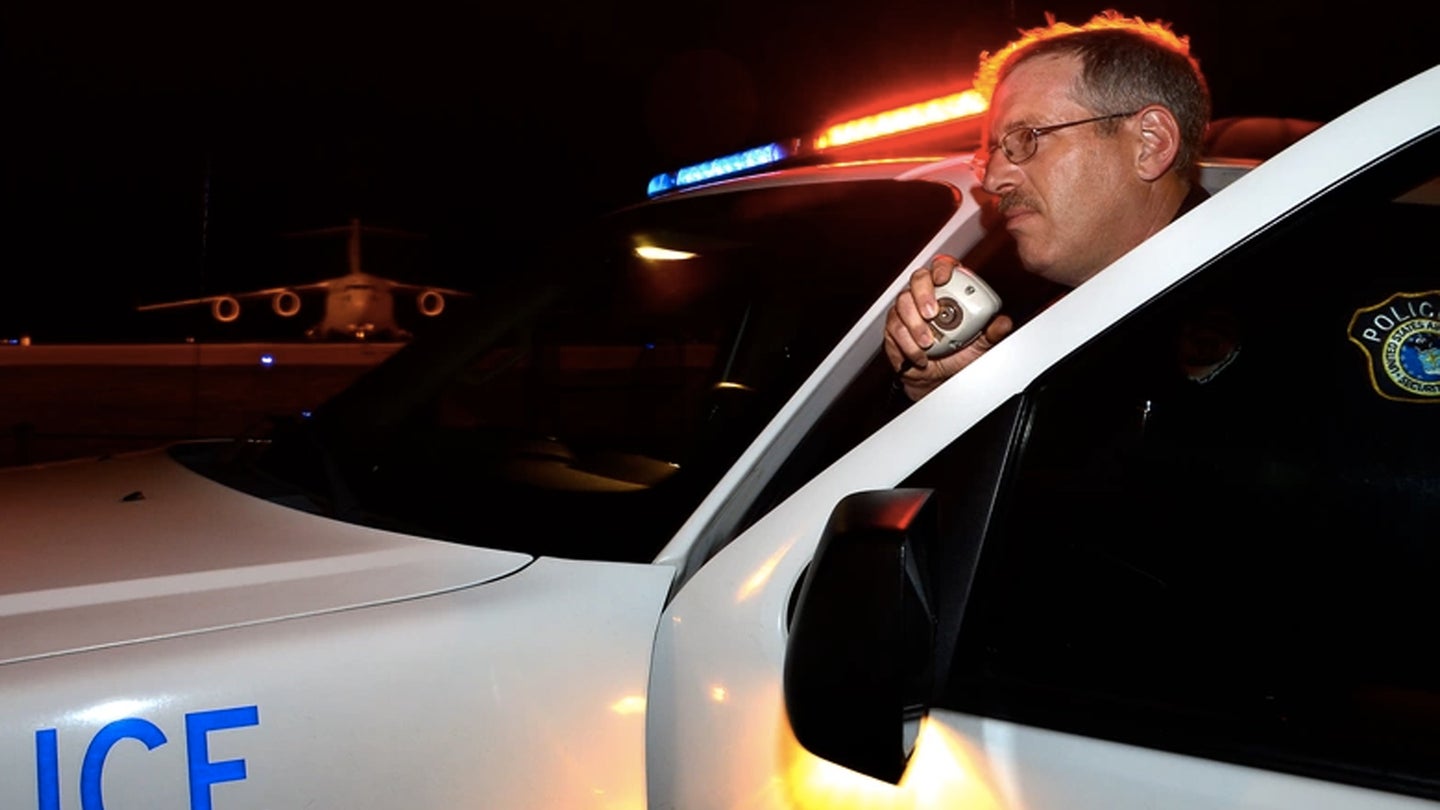 Department of Defense police officer Daniel Dobson from the 436th Security Forces Squadron poses for a photo in front of his patrol vehicle May 6, 2013, at Dover Air Force Base, Del. (David S. Tucker / Air Force).
SHARE

People call the police about the darnedest things. For example, cops in rural Maine have to pull cars out of ditches every first snowfall of the season despite Maine being one of the most snowy states on the East Coast. Likewise, police in Dover, Delaware still get calls about jet noise despite Dover being home to the military’s largest airport.

“You live in Dover … there’s an Air Force Base here,” wrote the Dover Police Department in a Facebook post on Thursday which was later shared by the popular Facebook page Air Force amn/nco/snco.

The phones at the police headquarters must be particularly busy these days in the lead-up to the Thunder Over Dover air show this weekend, where headline acts such as the Air Force Thunderbirds and the Navy Blue Angels aerial demonstration teams will perform.

Indeed, both 911 dispatchers and police departments around the country are overworked and often understaffed. If I were a 911 dispatcher at the end of a 12-hour shift getting a call about jet noise despite living near a large Air Force Base, I would be annoyed too. The base is a major point of departure and return for troops and supplies heading east to Europe and the Middle East. The units stationed there, the 436th and 512th Airlift Wings, operate the C-5M Super Galaxy and C-17 Globemaster III transport jets, which are the largest aircraft in the U.S. military’s inventory.

“Together, [the wings] account for 20 percent of the nation’s strategic outsized airlift capability, projecting global reach to more than 100 countries,” the base says on its website.

On top of the usual traffic comes a range of jets and propeller aircraft visiting for the airshow this weekend. Besides the dozen or so jets from the Thunderbirds and the Blue Angels, the line-up also features the Marine Corps’ Harrier demonstration team, the Air Force’s C-17 Demonstration Team and a B-2 stealth bomber performing a flyover on Saturday. There will also be World War II propeller planes including the P-51 fighter, B-25 bomber and C-47 skytrain as well as two civilian aerobatic flight teams. It sounds like a fun, and very loud, start to the 2022 summer airshow season.

“Enjoy the sound of freedom for the next few days,” wrote the Dover police department. “This event is great for our city.”

It might not be so great for folks who like peace and quiet. Unfortunately, Dover police officers may not be able to do much about it even if they wanted to.

“[O]ur Chevrolet Tahoes aren’t catching those guys…,” the department wrote on Facebook, before posting a photo of an Air Force F-22 fighter jet with the department seal on it and tagging the city mayor.