This combat photographer kept snapping until her last moment

"Your talent and dedication will never be forgotten." 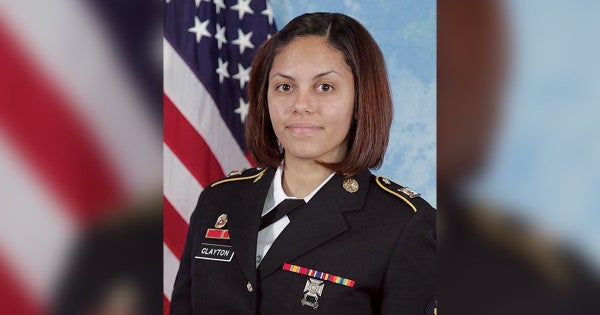 Taken on July 2, 2013, the photos — later published in the May-June 2017 edition of the Army's Military Review Journal — show the moment when a mortar tube accidentally exploded, which Clayton continued to document until the very end.

Besides photographing the war for the Army, Clayton, 22, was also training one of the Afghan soldiers in photojournalism. Though both died in the line of duty, Clayton's camera, and the photos it captured, survived. When the photos were first published in 2017, a sergeant who served with her said she was “proud they finally released the images.”

“They can be very tough to look at due to the graphic nature,” Kailey Brown told The New York Times. “But I think the best way we can honor her is to publish the images she died making.”

Clayton was the first combat documentation and production specialist to be killed in Afghanistan, according to the Military Review Journal.

“Not only did Clayton help document activities aimed at shaping and strengthening the partnership but she also shared in the risk by participating in the effort,” the journal added.

Clayton's name was later added to the Hall of Heroes at the Defense Information School, which honors military service members who have died while serving in the public affairs field. Clayton graduated from the school in 2012.

An annual competition for the best in the Army Combat Camera field was also named in her honor.

Born on May 21, 1991, in Augusta, Georgia, Clayton was survived by her husband, then-Spc. Chase Clayton, her mother Evelyn Suarez, her father Ellis Ortiz, five sisters, and two brothers, according to an online obituary.

Though her obituary originally featured notes mainly family and friends, in the years since her death and the publication of her last photos, many from around the world have come to pay their respects, including fellow combat camera soldiers she continues to inspire.

“Your talent and dedication will never be forgotten,” wrote John H. in 2018, saying that he spoke on behalf of the 4th Combat Camera Squadron in Charleston, South Carolina.

And on Thursday, a new entry appeared, apparently from a former colleague:

“SPC Clayton, it's been seven years, and I remember it like it was yesterday,” the person wrote.

“So many have heard your story and see you as an inspiration and example to follow, myself included. To your family, I hope you have peace in your hearts today and are able to reflect on find memories. You are in my heart, my thoughts, and my prayers always.”

A version of this article by Sarah Sicard was first published in 2017.

Related: The best photos of the US military in 2019, according to an award-winning Air Force photographer