Special operations vets hid a woman being hunted by the Taliban. Now comes the hard part

“We are running the Afghan underground railroad.” 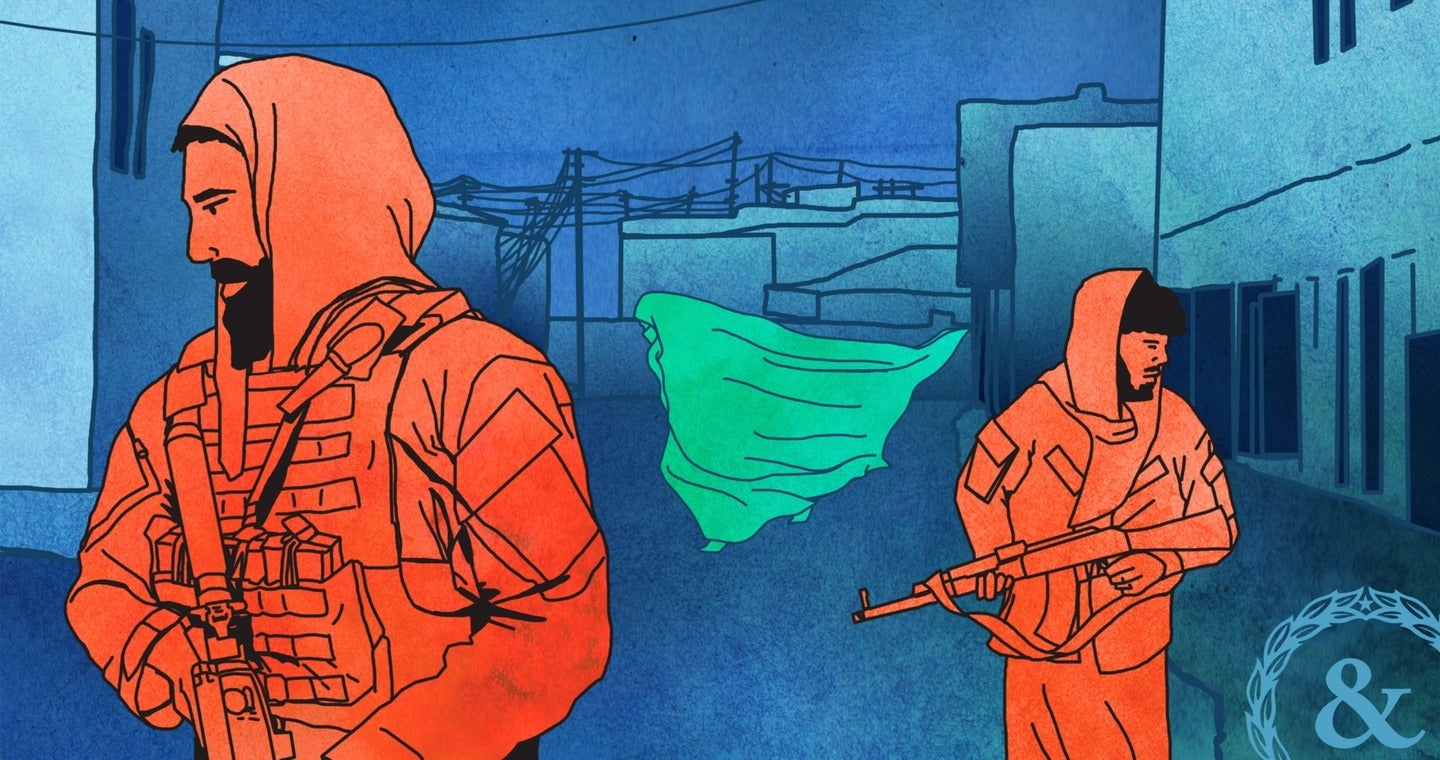 When Sara received a letter from the Taliban, telling her to report to a nearby police station, the underlying message was clear as day: Turn yourself in, or we’ll hunt you and your family down.

Sara, which is a pseudonym being used due to the sensitivity of ongoing efforts to get her to safety, had worked in government before the Taliban again became the ruling force of Afghanistan. And like many others, she opposed their regime. Now they wanted a word.

The message she received that day was also clear enough to Todd Wood, an Army reserve captain and co-founder of The Lifeline Foundation, a U.S.-based non-profit organization working to get people out of the country.

Wood and his organization, made up primarily of special operations veterans, have spent the last year working to get people out of the country as the Taliban acted swiftly to kidnap, torture, and execute anyone deemed to be a part of the former or current opposition. Lifeline had already been in communication with Sara before she was summoned, and Wood was well aware of the stakes when she received the Taliban’s letter.

“This is typically a capture or kill situation,” he said. “You have to report, if you don’t report you’re going to get pulled in. And it’s not only the person in question — it’s also their entire family. They will be killed. And when I say that I mean that wholeheartedly.”

Within hours of her receiving the letter, Wood and other volunteers with The Lifeline Foundation vetted and verified it to be real with three different sources, they told Task & Purpose. The group of volunteers soon whisked Sara and her family away to a safe house at an undisclosed location. The family left their entire life behind in a matter of moments.

One year ago, the Taliban began consolidating power in Kabul while U.S. service members and their allies scrambled to get as many people out of the country as they could before the Aug. 31 deadline. Troops who were infants on the day of Sept. 11, 2001 — some not even born yet — were now responsible for determining who of the desperate civilians at the gates of the Hamid Karzai International Airport (HKIA) could escape the Taliban’s rule.

Sara and her family were some of those in the crowds waiting to be let through the gates. Wood explained that they were in the process of getting the required paperwork to be able to leave the U.S., but when Kabul fell they were still waiting for a “chief of mission” letter, which is a critical component to be able to leave.

“When they get the chief of mission letter and that stamp, it means the U.S. will take them with open arms. If they don’t have that, they’re not going anywhere,” he said. “So it depends on where you were in the process. [Sara] happened to be not in that process, at least not all the way.”

The evacuation was a mission unlike any other that troops on the ground had encountered during the 20 years in Afghanistan. For some, it was their first deployment ever; for more senior troops, they found themselves in a tense partnership with the same enemy they’d fought in years past. And while the U.S. ultimately rescued 124,000 people during the chaotic withdrawal, thousands more were left behind — including Sara and her family.

A report from the Association of Wartime Allies, a non-profit advocating for individuals with Special Immigrant Visas, estimated that 78,000 Afghans who worked with the U.S. government and applied for special visas were still in the country. Since then, the country has been plunged into poverty and hunger, and despite international pressure, most girls are still not allowed in classrooms. The International Federation of Red Cross and Red Crescent Societies said in June that 3 million children in the country are “at risk of malnutrition.” Dr. Mohammad Nabi Burhan, the Secretary General of the Afghan Red Crescent Society, called it “one of the worst humanitarian crises I have seen in Afghanistan” in more than 30 years.

“It is horrifying to see the extent of hunger and resurgence of poverty that we have fought so hard to eradicate,” Burhan said.

And while there are many organizations that haven’t stopped working to save who they can from Afghanistan, including The Lifeline Foundation, there’s only so much they can do on their own.

The Lifeline Foundation was started alongside the withdrawal, as Wood worked to get his former interpreter out of the country. Wood said he had kept in touch with people in Afghanistan and weeks before the withdrawal began, he was checking in with them, asking how things were and if they were okay. His interpreter was able to get out of the country just days before Kabul fell, but the foundation’s work was only just beginning.

By November and December, The Lifeline Foundation alone was tracking thousands of people, including Sara, who had been “personally identified by someone in special operations,” Wood said, or who were somewhere in the Special Immigrant Visa (SIV) process. The organization has since become part of the Moral Compass Federation, which according to its website, “collaborates among Special Operations organizations to safeguard and evacuate our Afghan partners from Taliban rule.”

“We are running the Afghan underground railroad,” Wood said.

As the organizations have worked through the individual cases of those they are attempting to save, they’ve had to do so carefully to ensure they were doing it in line with the State Department. What they didn’t want, Wood said, was to move someone somewhere that wouldn’t accept them or wouldn’t provide assistance and aid when they arrived.

In other words, they’re trying to do it by the book. But it sometimes feels like the book’s Afghanistan chapter has already closed, despite their best efforts.

“I think that’s what all of the foundations are facing right now is just that roadblock of like, we can do this work, we can move people. As much as you would think that would be the hard part — moving people, hiding them from the Taliban in safe houses, moving them around, having safe convoys — that’s actually the easy part,” said Jake Nekoranec, Wood’s fellow co-founder of The Lifeline Foundation and an Army Reserve chaplain. “The hard part is the legal documents saying, ‘Yes, these people can enter the United States.’ Because it’s not happening.”

At the end of the day, it’s overwhelmingly frustrating for the volunteers who are able to work inside the country but unable to “really get people to safety,” Nekoranec said. And it’s not that they’re working totally alone; Wood said they have “direct connections” to the State Department.

“The problem is, there is no policy right now,” he said. But that doesn’t stop their group from receiving photos of families, and photos of individuals tortured by the Taliban, with pleas from other organizations to help get them out. At that point, it’s not just a name or a passport number on a database list, but a real person, a real family, whose lives are in real danger.

Getting Sara and her family to a safe house was just “the first step in a very long journey,” Wood said. Being in a safe house is “a brutal environment,” and far from a guarantee that they’re actually safe. All it takes is one neighbor to recognize them as different people than who are normally there, for example, and they could be turned in because that person is “hungry and the Taliban will give them a meal.”

So for now, Sara and her family will lay low and hope diplomatic efforts pan out. And just like they have been doing for the past year, the volunteers attempting to uphold their promise to those in Afghanistan will work tirelessly to make it happen.

It’s “beyond me,” Wood said, to know that a woman who knew the risks but still stood up against oppression is now being targeted, and the U.S. is “not taking a stand on this.” Because really, he added, that is exactly the kind of person “we want in America.”

“Those are the people we want representing the United States, period,” Wood said. “And I would tell the American people, there are people in Afghanistan who are like this, that want to be here. And I think in Afghanistan’s case, we owe them at least the opportunity to see what they can do.”