The one ribbon every service member gets is going away, for now 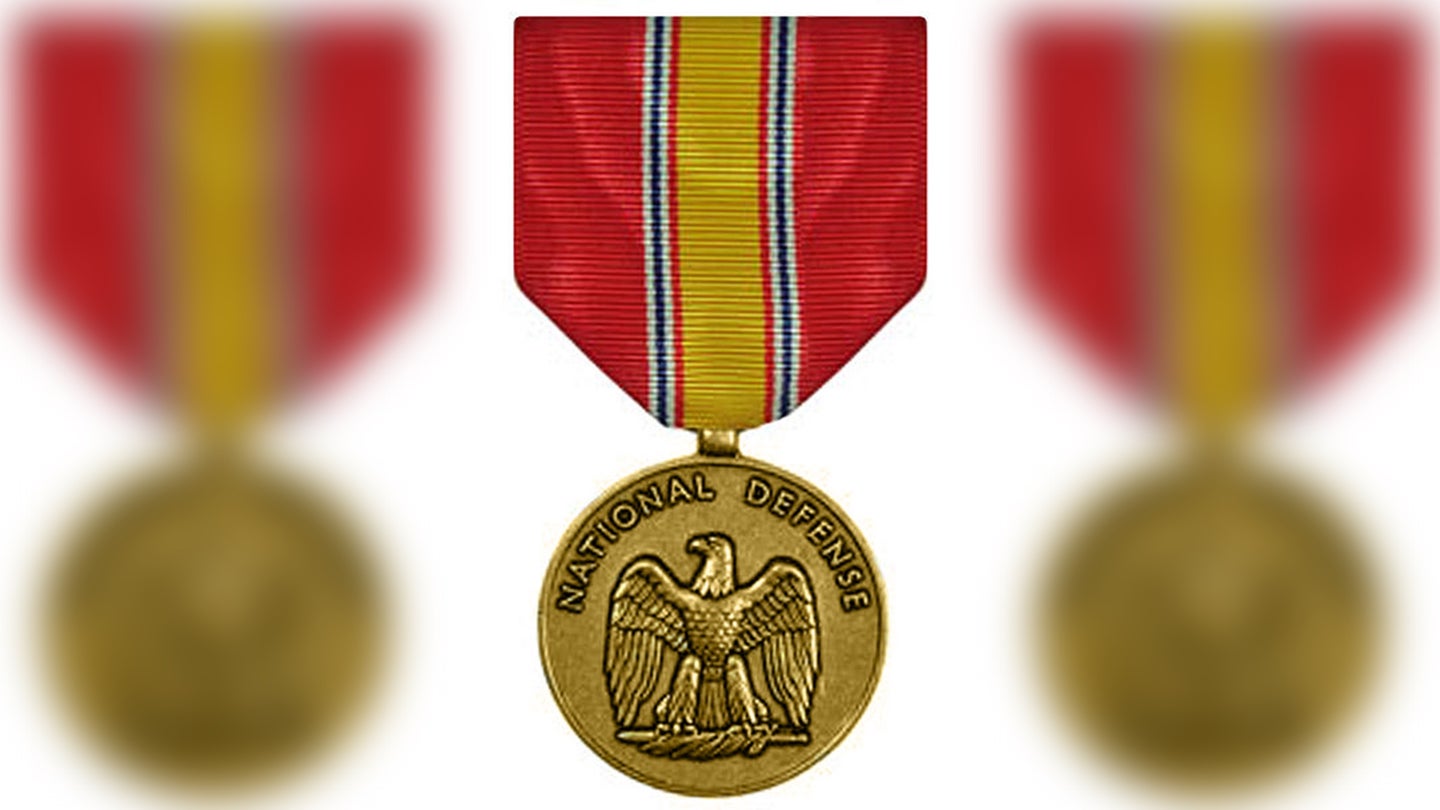 Sometimes, it is the little things that mark big changes. In this case, a bit of red, yellow, blue and white cloth that just about everyone who has been in the U.S. military since 2001 has received for, well, being in the military.

In a memorandum signed on Aug. 30, Secretary of Defense Lloyd Austin announced that the Pentagon will no longer award the National Defense Service Medal (NDSM) to service members after Dec. 31, 2022.

Of course, there are still thousands of U.S. service members deployed overseas and potentially in harm’s way. Operation Inherent Resolve, the mission to defeat ISIS, remains ongoing in Syria. There are still service members performing  an advise-and-assist role in Iraq. U.S. forces are still conducting air strikes against al-Shabab militants in Somalia on a regular basis. And, of course, there are the thousands of soldiers that have been deployed to Europe since the Russian invasion of Ukraine.

None of that, though, qualifies as a “national emergency” for which the NDSM is awarded.

Earlier this year, the Pentagon announced that is was curtailing the award of another near-ubiquitous medal, the Global War on Terrorism Service Medal. Like the NDSM, this medal was considered essentially a gimme, something that everyone got regardless of how much terrorism you actually ended up combatting. That award will now be restricted to units taking part in dedicated counter-terrorism operations.

Although the NDSM was first established in 1953 and previously authorized during the Korean War, the Vietnam War and from 1990 to 1995, it gained its modern-day status as the U.S. military’s most ubiquitous medal after the Sept 11, 2001, terror attacks.

But while the NDSM may have seemed like a participation trophy for enlisting, it may actually become a signifier of having served in a certain time and place as fewer and fewer people wear the ribbon. It may not have ever seemed like a big deal to wear the ribbon, but the fact that it will no longer be given out is certainly a reminder that, according to the Pentagon at least, the War on Terror is essentially over.