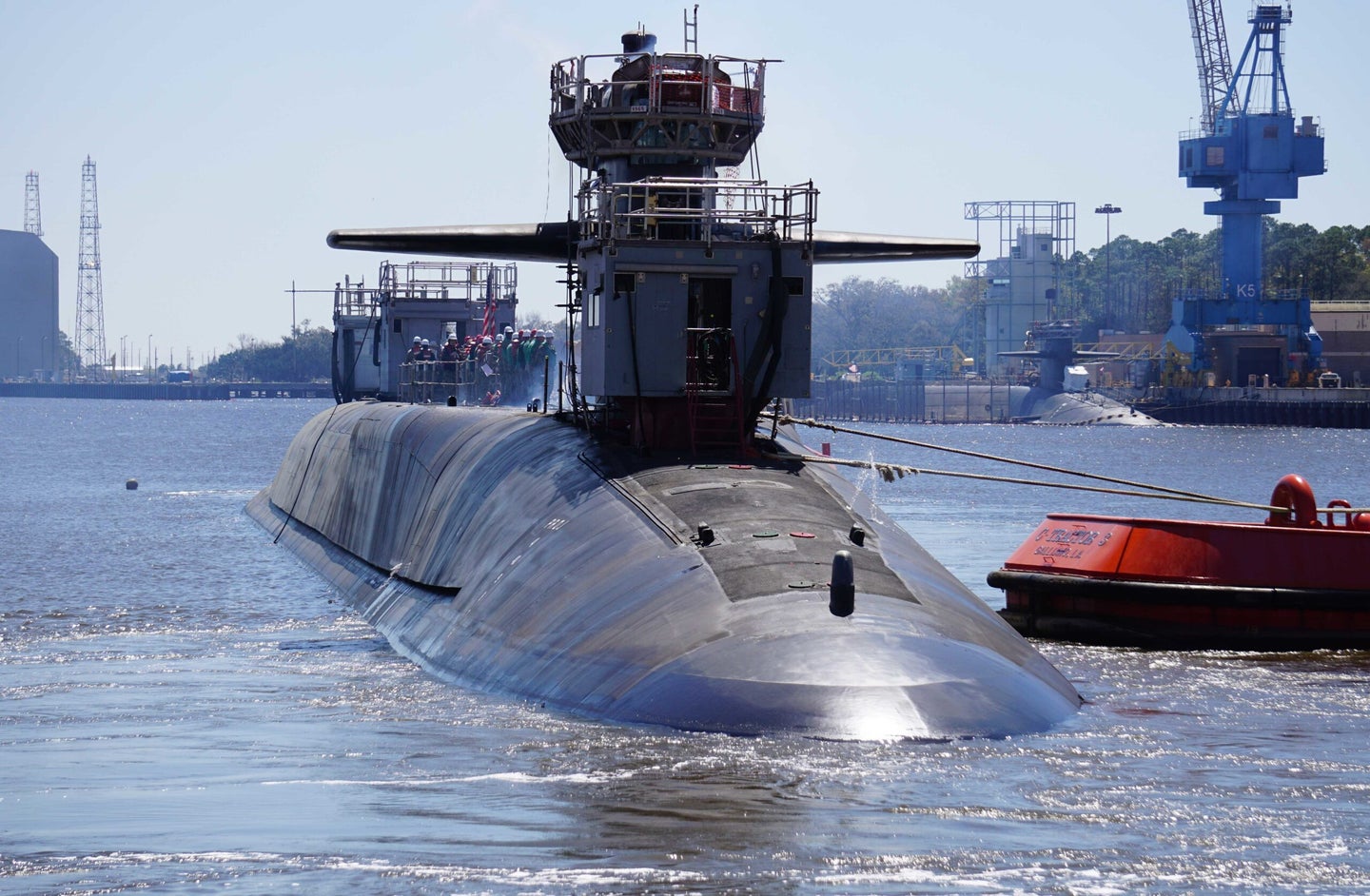 For months, the U.S. Navy’s submarine fleet has been dealing with delayed repairs, which have hampered their operational abilities. Submarines spend far longer than intended in maintenance, due to lack of parts, and their return to service gets further delayed. Now the Navy thinks it can solve the issue by funding more elements earlier on to save time.

The Navy intends to fix the problem in the coming years by ordering contingent material in advance, so parts will be there when a submarine needs repairs, according to Rear Adm. Jonathan Rucker, the Navy’s program executive officer for attack submarines. Military Times and Defense One first reported the news of Rucker’s comments this month.

Part of the issue is that less than half of the parts needed are on hand in advance of any submarine maintenance, Rucker said. The rest is mostly considered “contingent” and depends on orders placed after crews start inspection. That takes additional time that leaves the submarines out of commission for longer, while repair crews are in turn held up while waiting for the parts. However, the Navy has found that much of the contingent work is the same across the board; any submarine that comes in likely will need some of the same work done as the others in the Navy’s sub fleet.

“We’re going to buy the material anyway; we just buy it late,” Rucker said, per reports.

In addition, when submarines do come in for repairs, crews end up doing maintenance that wasn’t planned. According to the Navy, 30 percent of the work is unplanned and only comes up when subs are in for maintenance.

That in turn creates further issues, as it can take additional time for those parts to arrive even after they are ordered.

“And with lead times of material on the order of up to two years and some more, no wonder we don’t have the material we have to count on,” Rucker said, per Defense One. “Because we order it after the avail starts, and we don’t get it in time to do it, so we got to take it from somewhere else.”

The proposed funding solution should fix the majority of the issues, according to Rucker, but it’s not happening instantaneously. Instead, the Navy intends to have 90%-95% of the repair supplies on hand by 2026. That means for now the submarine repair delays will continue, until acquisition of parts picks up pace.

The issue with the supply inventory is relatively recent. The Navy’s previous mainstay submarine, the Los Angeles class, had a heavy amount of spare equipment on hand due to orders during their construction period. The Virginia-class submarines the Navy uses now do not.

The Navy intends to make these funding changes in its fiscal year 2024 request, according to Rucker.