The Army Begins Training For The Next Big Fight

No one knows exactly what the next war will look like, but if it is “the big one,” it’s unlikely... 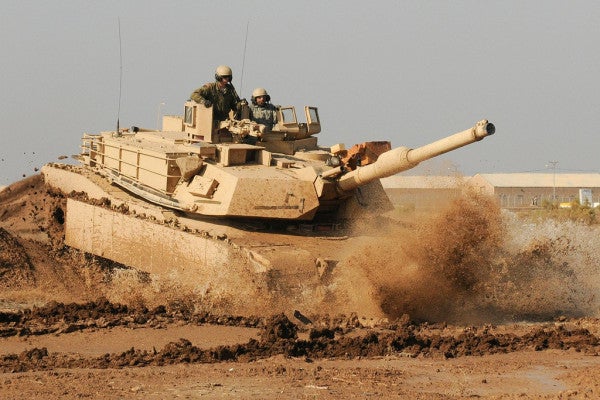 No one knows exactly what the next war will look like, but if it is “the big one,” it’s unlikely to look anything like World War II, or anything afterward. It will likely be a mix of both, with a standing force that can blend in or use the civilian populace, while at the same time having the manpower and arms for a stand up fight. This means that American military forces must train and prepare for a fight that will incorporate not only the counterinsurgency skills so heavily relied on for the last 14 years, but the battlefield skills that may have atrophied over more than a decade of unconventional warfare. Which is precisely what they’re doing aboard Fort Riley, Kansas, where the Army is conducting large scale training exercises with tanks, artillery and other, more conventional weapons.