The war against ISIS is not over. 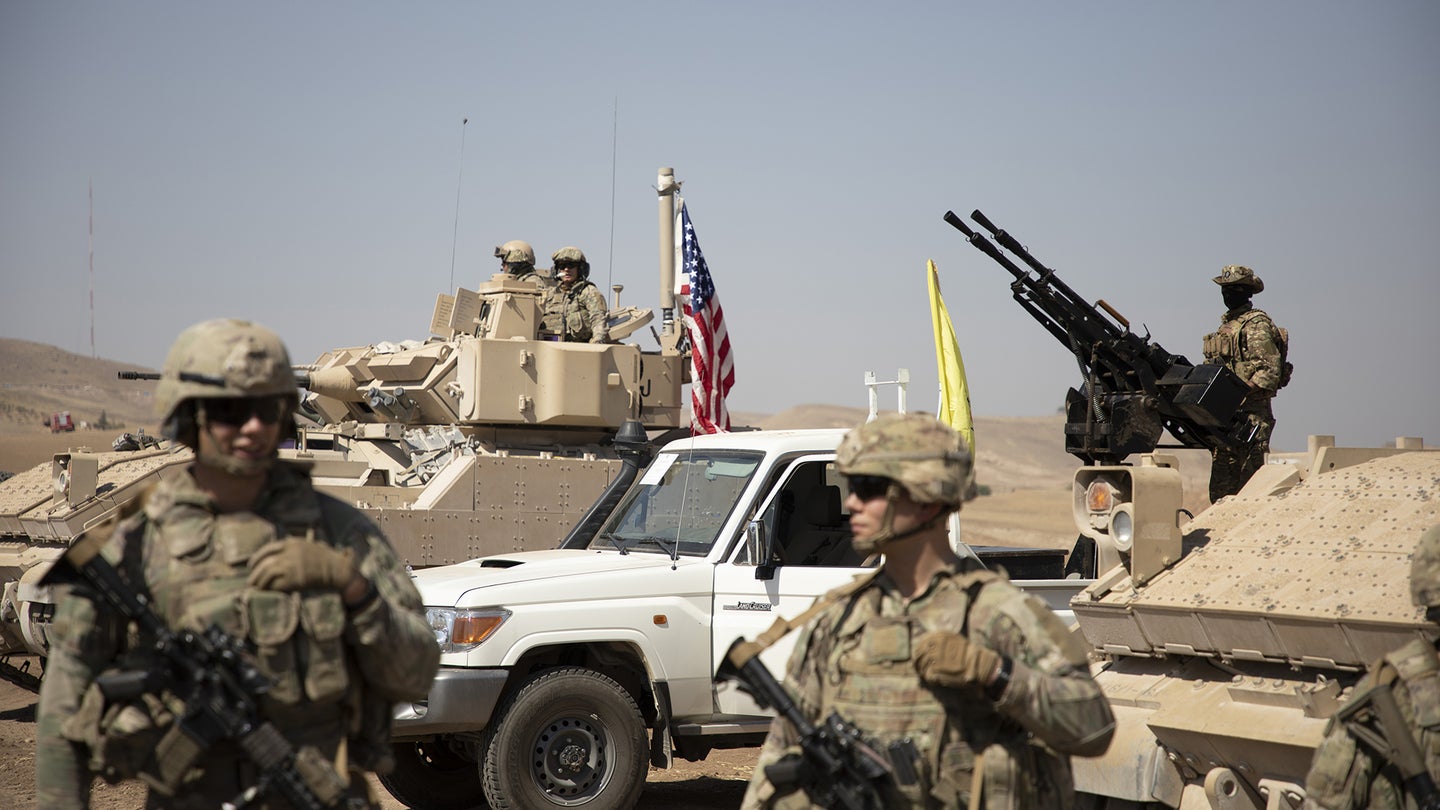 U.S. troops have captured six suspected fighters with the Islamic State group, including an alleged senior ISIS operative, amid an uptick in raids conducted in Syria this month.

U.S. Central Command announced on Tuesday that U.S. troops had launched three helicopter raids in eastern Syria over the past 48 hours. One of the prisoners was identified as “al-Zubaydi,” an alleged senior member of ISIS who is accused of being involved with the planning ISIS attacks in Syria, a CENTCOM news release says.

Preliminary indications are that no civilians were killed or wounded in the operations, according to the news release.

“These partnered operations reaffirm CENTCOM’s steadfast commitment to the region and the enduring defeat of ISIS,” Army Gen. Michael “Erik” Kurilla, head of CENTCOM, said in the news release. “The capture of these ISIS operatives will disrupt the terrorist organization’s ability to further plot and carry out destabilizing attacks.”

December has been a busy month for the roughly 900 U.S. troops deployed to Syria and their Kurdish partners. On Dec. 16, the command announced that U.S. troops and Syrian Democratic Forces had conducted six operations over the previous eight days, during which five suspected ISIS operatives were captured.

The five prisoners were accused of planning attacks at the Kurdish-run al-Hol detention refugee camp, where the families of suspected ISIS fighters are held. As of September, the camp’s population stood at an estimated 58,000, 70% of whom were children, according to the International Committee of the Red Cross.

And on Dec. 11, U.S. troops conducted a helicopter raid in eastern Syria during which two suspected ISIS officials were killed including one identified as “Anas,” who was accused of planning terrorist operations in the region.

So far in December, CENTCOM has issued three news releases about operations against ISIS in Syria. To put that into perspective, the command issued one press release in November about ISIS after to confirm the death of the organization’s leader Abu al-Hassan al-Hashimi al-Qurayshi, who was killed by the Free Syrian Army — a different group of fighters than the Syrian Democratic Forces that work with U.S. troops.

Prior to that, CENTCOM issued two statements in September about missions countering ISIS in Syria. The first concerned an SDF mission to attack suspected ISIS networks in the al-Hol camp between Aug. 25 and Sept. 18; and the second announced that U.S. troops and SDF fighters had successfully stopped several suspected ISIS fighters who were driving in the direction of the al-Hol camp.

The SDF captured the last ISIS enclave of Baghouz in March 2019, and yet the terrorist group has managed to sustain itself as an insurgency in both Iraq and Syria, according to a recent report from the Lead Inspector General for Operation Inherent Resolve, The U.S-led multinational military coalition to defeat the terror group.

The report found that ISIS had conducted 74 attacks in Syria and 73 attacks in Iraq between July and September.

“Overall, compared with the same period in 2021, the frequency and severity of ISIS-claimed attacks decreased dramatically in Iraq, while attacks in Syria increased significantly, marking a rebound from historically low levels the previous year,” the report says.

U.S. troops have remained in Syria for several years even though former President Donald Trump prematurely declared in 2018 that the fight against ISIS was over and tried to withdraw all American forces from the country, leading then-Defense Secretary James Mattis to resign.

Trump reversed himself but then ordered most U.S. troops to withdraw from Syria the following year when Turkey invaded the country to push Kurdish fighters away from its border. Trump later announced that he was keeping U.S. service members in Syria to secure oil fields, but joint missions against ISIS continued.

Earlier this month, the SDF paused joint patrols with U.S. troops amid renewed Turkish artillery and airstrikes following a Nov. 13 bomb attack in Istanbul, which the Turkish government blamed on Kurdish forces.

Despite the recently announced missions in Syria, a spokesperson for Combined Joint Task Force Operation Inherent Resolve told Task & Purpose that U.S. troops and their Kurdish partners have not increased raids against ISIS. Instead, the U.S. military and SDF have resumed carrying out partnered operations.

The U.S. military’s strategy in Syria appears to involve targeting ISIS senior leaders in raids in the hopes that the group will eventually collapse, said Bill Roggio, a senior fellow with the Foundation for Defense of Democracies think tank in Washington, D.C.

Roggio said he has noticed an increase in such raids in Syria since June. However, he noted that removing ISIS leaders from the battlefield is not enough to defeat the organization.

While he made clear he was not advocating that the U.S. surge troops to Syria the same way it did to Iraq and later Afghanistan, Roggio said the only way to truly defeat terrorist groups such as ISIS is to deny them territory.

“They’re doing what they’ve done in other theaters – what they used to call ‘mowing the grass’ in Afghanistan,” Roggio told Task & Purpose. “It’s necessary: You want to keep them on their back foot. You want to make them think about security vs. plotting attacks. But it’s no substitute for systematically dismantling these groups.”

UPDATE: This story was updated on Dec. 20 to include comments from a Combined Joint Force Operation Inherent Resolve spokesperson.