How The M16 Became An Iconic American Rifle

Today, the M16 is a juggernaut, at least in terms of popularity among those who probably never used it, and... 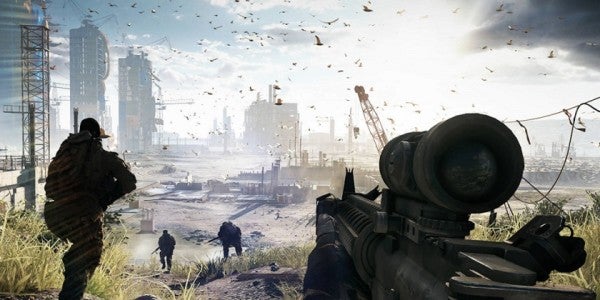 Today, the M16 is a juggernaut, at least in terms of popularity among those who probably never used it, and its fame is surpassed only by the rifle’s little brother, the M4, and the AK-47, which is pretty much its nemesis.

Now an American icon, the weapon has come a long way since its initial development in the 1960s and its controversial debut during the early years of the Vietnam War. But you wouldn’t know any of that based on its portrayal in video games and movies.

The story of the iconic American rifle, as told by the YouTube channel Ahoy, makes liberal use of video game footage, illustrations, and a narrator with an accent that you assume belongs to someone in the Special Air Service.

Cutting seamlessly between illustrations and game footage from the last 20 years, the clip paints an interesting picture of a weapon that may have captured the imagination (and affection) of gamers more than it did the respect of those who actually used it in war. Throughout the video the narrator explains the rifle’s origins and history, the initial intent behind its creation, and how its shortcomings were ultimately remedied.

The video explains how issues with the ammunition coupled with design flaws, challenging jungle conditions, and the mistaken belief that the rifle was self-cleaning, led to the weapon failing at the most critical times. Fortunately, following the introduction of the M16 A1 in the late 1960s, the rifle was reborn. Lightweight and easy to handle, yet accurate and firing a round that punched above its weight, the M16 set a standard for military rifles that persists today.

Regardless of your feelings on the M16’s early days and its subsequent variants, one thing is for certain — it’s not going away anytime soon, and it's sure to be a faithful standby on video game battlefields for years to come.

Don’t buy it, play any first-person shooter set during the Vietnam War or in modern times where the United States military is a faction, and look at the rifle they’re packing.