This post has been updated. More U.S. military service members have died in aircraft mishaps over the past year than … Continued 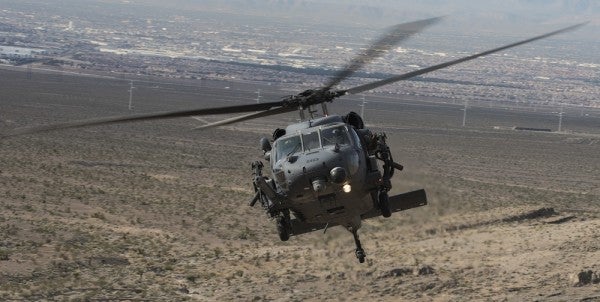 More U.S. military service members have died in aircraft mishaps over the past year than have died while serving in Afghanistan under the Operation Freedom's Sentinel mission.

That terrible sentence makes me think there is a definite crisis in military aviation. It should give Pentagon leaders pause that a junior soldier can be more confident of their safety downrange, receiving imminent danger pay, than sitting in the back of a helicopter stateside.

“I would reject ‘wave’ and ‘crisis,’” Marine Lt. Gen. Kenneth F. McKenzie Jr., director the Joint Staff, told reporters Thursday at the Pentagon when asked about the recent, well, wave of air incidents that have killed 14 service members since the beginning of March.

“Those are that mishaps that occurred,” McKenzie continued. “We are going to look at each one in turn. Each one is tragic. We regret each one. I’m certainly not prepared to say it’s a wave of mishaps or some form of crisis.”

If this isn't a crisis or a wave, I'd like to know what is:

What the hell is going on?

If I missed any incidents, please let me know here.

Correction: A previous version of this article said the Jan. 22 crash involved an AH-64A. It was actually an AH-64E.