Some Monday morning motivation you didn't know you needed. 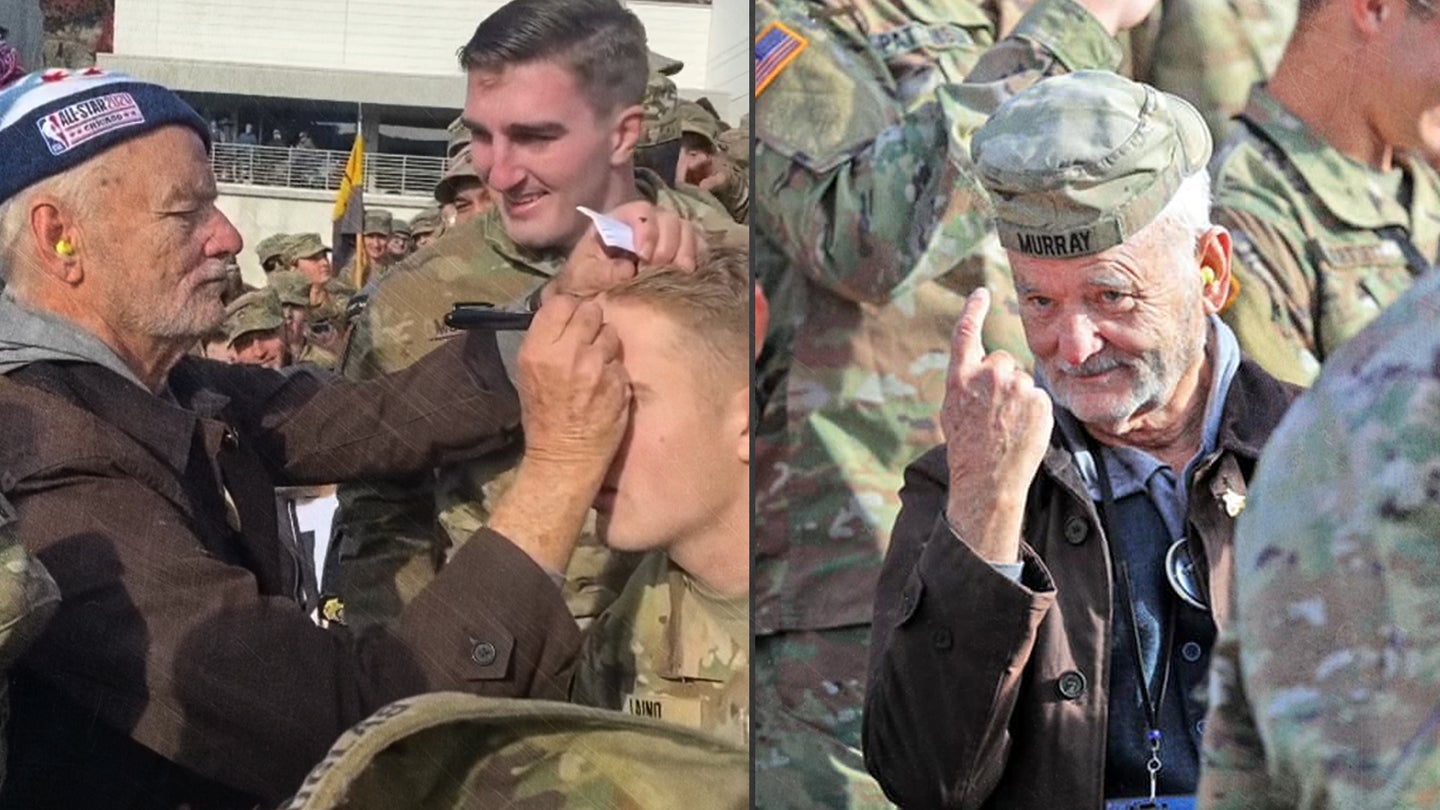 There’s motivated, and then there’s “I just got my forehead signed by Bill f***ing Murray” motivated. A cadet at the U.S. Military Academy in West Point, New York recently experienced the latter.

During Saturday’s football game between the University of Massachusetts Amherst’s Minutemen and West Point’s Black Knights, actor Bill Murray joined cadets at Michie Stadium where he fired off a t-shirt cannon, made out with a stuffed animal, handed out some refreshments — probably something with electrolytes — and wrote a name, we’re not entirely sure whose, on the forehead of a very excited cadet:

The video was shared to the Drunk Old Grad Instagram account on Sunday along with the caption “I want Bill Murray to sign my forehead too.”

It’s unclear what name Murray signed on the cadet’s epidermis-turned-canvas — though it looks an awful lot like “Justin Beiber” — but the West Point student was clearly stoked, since his reaction rivaled that of Woody Harrelson in “Zombieland” when he meets the legendary funnyman.

Another video of Murray from that day shows him kissing a plushy version of the Army Mule, the academy’s mascot, before tossing the toy to a crowd of cheering fans. (Though they may have been cheering for Murray’s antics, it’s likely they were also stoked about the game, which the Black Knights won 33 to 17.)

Known for playing a loveable grump on screen, Murray’s most memorable roles may be “Ghostbusters,” or “Groundhog Day,” or “Caddyshack,” but his history of Army-related shennigan’s dates back decades to when he played the poster-child for the E-4 mafia in 1981’s “Stripes.”

In the film, Murray stars as John Winger, who loses his job, car, apartment, and girlfriend. Like so many before and since, he decides “hey, why not join the Army?” and he convinces his buddy to join along with him — what are friends for, right?

Though “Stripes” isn’t known for military realism, one thing the movie did get right in that regard was humor, specifically that it exists in the military. In a way, it served as a counterweight to the all-out action flicks from “Top Gun” to “First Blood” or the gritty depictions of frontline combat and service like “Platoon” and “Full Metal Jacket.”

With Murray and a cast of A-list comedians alongside him, “Stripes” offered viewers a glimpse of the irreverence of rank and file life, and that same gleeful belligerence was on full display this weekend, from Murray to the fans — not to mention the one lucky cadet who walked away with a signature on his forehead.