Hating 'Pearl Harbor' is not a personality trait. 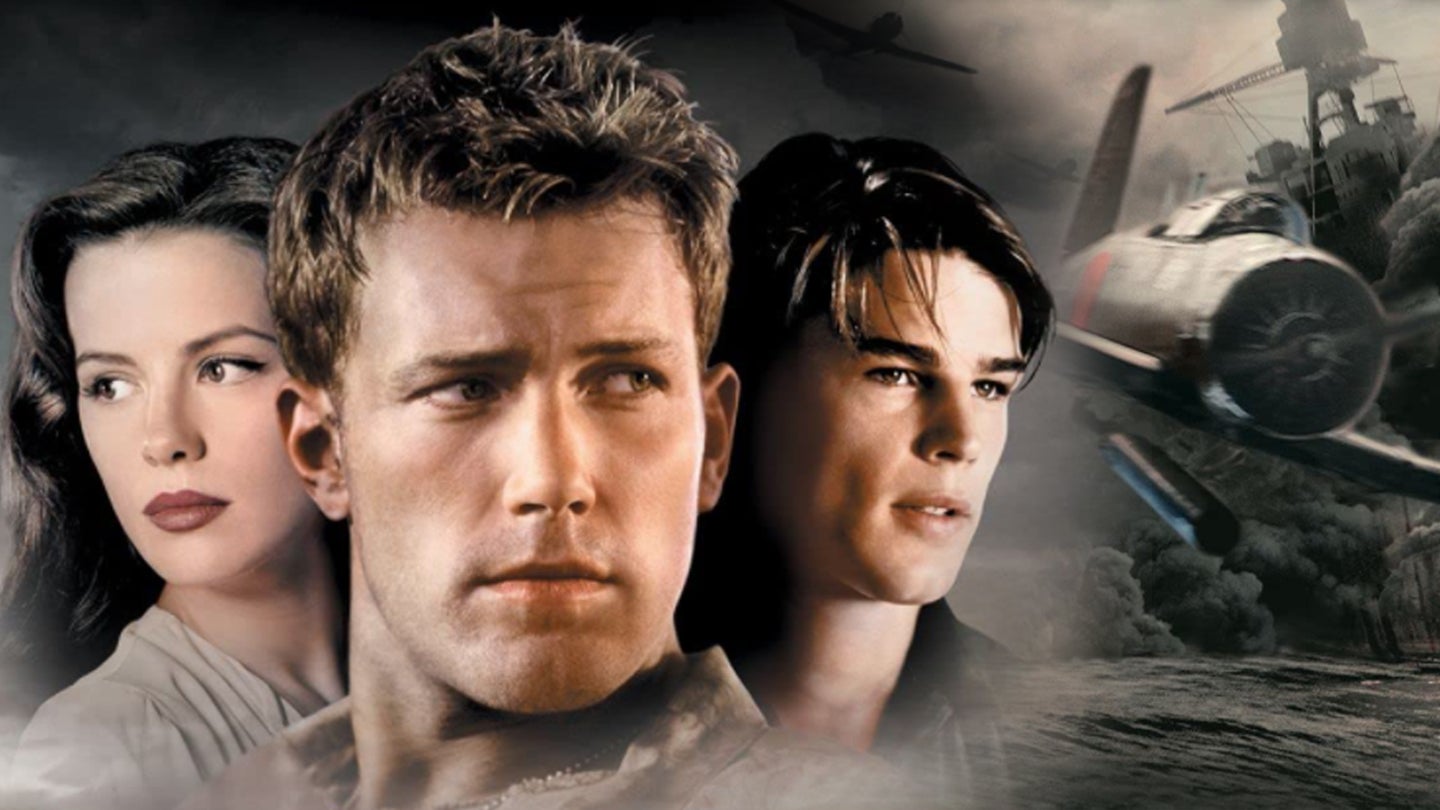 It’s time I officially admit something to the world: I unironically like the 2001 World War II drama “Pearl Harbor.”

You probably think I misspoke, which is understandable considering how widely hated that movie seems to be, so I’ll say it again: I like “Pearl Harbor.” I always have.

The romance is perfectly cheesy, the drama is overwhelming, young Ben Affleck is, well, young Ben Affleck. Need I say more? Apparently I do, because I’ve discovered that to many in the military community, I might as well be saying that I like kicking puppies. I never thought enjoying that movie would be as controversial as it is, and frankly I think the hate that it gets is a bit much.

“Pearl Harbor” is not the greatest war movie ever made. It’s not even the best World War II movie ever made. But I’m not here to tell you that it is. I’m here to address the critics and tell them why it’s a good, enjoyable movie, and that their refusal to acknowledge that fact, their insistence that “Pearl Harbor” is the worst thing to ever happen to World War II cinema, is far more dramatic than any Michael Bay film could ever be. (For the record, he directed “Pearl Harbor.”)

One of the biggest complaints is that it’s not historically accurate. That’s a fair critique, and one that people love to make about war movies, because it’s a mistake that gets made a lot. Hollywood is unfortunately not known for getting all the minutiae of military service right, so much so that when it happens, it’s notable. I guess my question is, why are we shocked that another blockbuster film doesn’t nail every detail right?

Despite the historical inaccuracies, even some folks on Reddit could acknowledge that the film’s portrayal of the Dec. 7, 1941 attack is “pretty impressive from a visual standpoint” and a “nice spectacle.”

The roughly-35 minute scene opens with Japanese planes flying over an unsuspecting community before suddenly attacking, and it is devastating and overwhelming. One example of that is when Kate Beckinsale, playing U.S. Navy Lt. Evelyn Johnson, is told to go outside and begin sorting through the flood of injuries just after the attack. They don’t have the resources to save everyone and has to triage the wounded and make snap-second decisions about who is most likely to survive. While doing so, she finds her fellow nurse and friend, Betty, played by Jaime King, dead. Betty, only 17 and desperately in love with her new fiancé — it’s heartbreaking, made even more so when Sandra, another nurse, played by Jennifer Garner, realizes what’s happened and begs Evelyn to “check her one more time.”

“I don’t know what to do,” Sandra replies. It’s a heart-wrenching moment. After weeks of relative calm, where the most they had on their hands were some gnarly sunburns from the beach, these nurses are suddenly overwhelmed by trauma and loss. Plenty of other movies have grappled with the randomness of death in combat and been lauded for it, but for some reason “Pearl Harbor” gets, at best, a shrug about how its depiction of war is a “nice spectacle.” I think it’s safe to say that the most important part of the film — the actual attack on Pearl Harbor — is actually done pretty well, at least in the way that it conveys the absolute devastation of that day.

I could stop there, but I won’t because I know this film’s critics have another axe to grind: The love triangle. Let’s get into that, shall we?

Hating on a movie because it’s a love story is lazy at best, and it’s beyond me why people think a love triangle during World War II is so unfathomable. If anything, there were probably rampant love triangles all over the place during the war because it would be so easy to pull something like that off — no social media, no Skype or Zoom calls, just weeks of time in between letters. I have a feeling the Danny-Evelyn-Rafe drama of “Pearl Harbor” is barely scratching the surface.

Not to mention that many of the people who are so aghast by such a thing —  “A love triangle with two pilots and a nurse?” the criticism usually goes. “Where one is shot down over the ocean and presumed killed in action, only to suddenly reappear later? Give me a break!” Bear in mind that these are likely the same people who are ready to write a 20-page dissertation about why “Battle: Los Angeles” is a top-tier war film.

Don’t get me wrong, “Battle: Los Angeles” is a great movie — I watched it for the first time before writing this and thoroughly enjoyed it — but it’s also a great movie about an alien invasion. Do you really expect me to believe a messy love triangle in World War II is more unrealistic than an alien invasion?

Ultimately, it seems like the biggest reason that people hate this movie is because of the romance. And if that’s the case, folks, I have some bad news: That is not even close to the cheesiest love story to hit the big screens. (I mean really, have you never heard of Nicholas Sparks?) And if that’s really what you’re taking issue with, then accept it’s not for you and move on.

And on this whole topic of realism, let’s not forget that “Pearl Harbor” also tells the story of how Lt. Red Winkle proposes to his girlfriend, Betty, after just a few months of knowing her. That is a story as old as time.

One of the travesties of all this hate on “Pearl Harbor” is that critics — most of whom probably saw it once years ago and have since made hating it a personality trait — try to ward people off from watching a movie that actually highlights the service of some of the military’s unsung heroes, like Mess Attendant Third Class Doris “Dorie” Miller, played by Cuba Gooding, Jr. in the film.

You can try to tell me that you don’t get chills during the scene where Miller takes over the ship’s anti-aircraft gun, knowing that the Navy refused to train him on how to shoot because he’s Black, but I simply won’t believe you. It may not have happened exactly as “Pearl Harbor” portrayed it, but how many people who otherwise may not have heard about Miller’s real-life heroism, which earned him the Navy Cross, actually learned about him because of this movie?

No one is asking you to declare “Pearl Harbor” the best war movie of our time. It’s not. But it is an entertaining Hollywood film that appeals to those who want a war movie, and audiences who want a love story. Yes there are historical inaccuracies, and yes there are still some great scenes. But surely you have better things to do than making it your life’s work to shame anyone who enjoys it into oblivion.

“Pearl Harbor” is simply a good movie and I’ll stand by that. But feel free to send me all the hate mail you want. I am fueled by your rage.