It's the first time a British branch won the annual esports tournament. 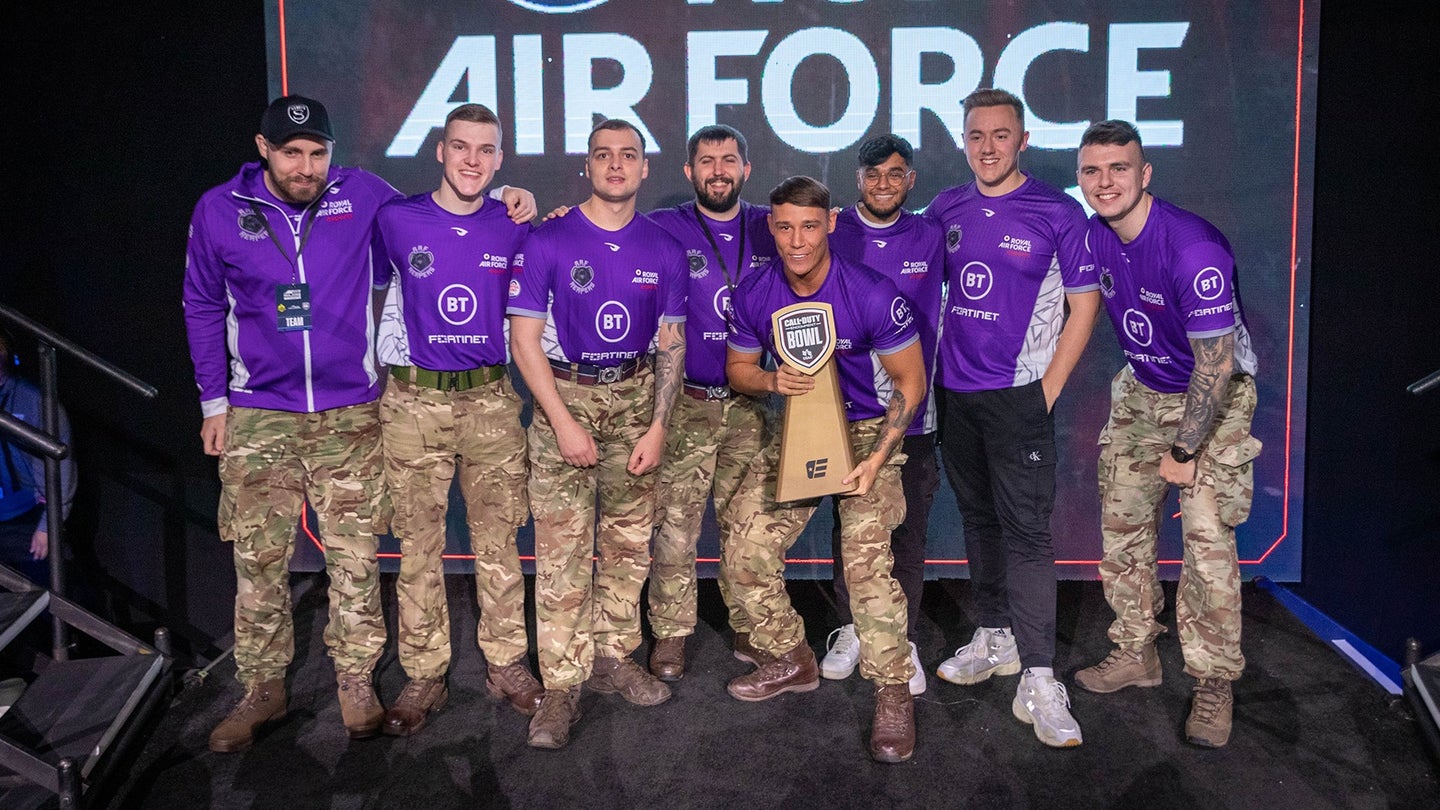 The Royal Air Force's esports team celebrates after winning the tournament. (Photo via the Call of Duty Endowment).
SHARE

The Royal Air Force can claim bragging rights in video games for the next year. The RAF’s esports team came from behind to win the Call of Duty Endowment’s third annual tournament. The British servicemembers defeated seven other teams for the prize.

C.O.D.E. Bowl III, as the event was called, pit American and British military esports teams against each other in Raleigh, North Carolina. The tournament featured esports teams from the U.S. Army, Coast Guard, Navy, Air Force, Marine Corps and Space Force along with the United Kingdom’s Army, Royal Navy and Royal Air Force. As with past years, the tournament matched each team of active-duty servicemembers with two civilian captains.

Teams faced off in the recently released Call of Duty Warzone 2.0, with the Royal Air Force coming from a poor start to claim first place and the trophy. The championship was previously won by the U.S. Space Force, which sent its trophy into space to celebrate.

The Call of Duty Endowment, a nonprofit created by Activision Blizzard’s CEO, helps place British and American veterans in jobs. So far it has placed more than 110,000 veterans into work.

The C.O.D.E. Bowl III event came less than a month after internal U.S. Army documents were released showing how the Army tried to partner with Call of Duty publisher Activision Blizzard for marketing and recruitment. Last year the Army backed out of a multi-million dollar advertising deal, including an expensive sponsorship agreement for a Call of Duty tournament, following lawsuits against Activision Blizzard over discrimination and sexual harassment at the company. According to an internal email from the Army’s Deputy Chief Marketing Officer, the decision was done in order to protect the Army’s “brand.”

On a wider level, militaries have been turning to esports as a tool for outreach and recruiting, due to the popularity of video games among younger people. For the American military, that goes beyond the sponsorship efforts and into streaming and esports from its own in-house teams. That’s been hit or miss in the past — there have been issues with racist usernames and blocking people who bring up war crimes — but branches such as the Navy are putting more resources into esports and making sure their teams can win tournaments like C.O.D.E. Bowl.

Although some officials have criticized gaming as part of a sedentary lifestyle that impacts Generation Z’s physical fitness levels, research has shown that gaming can improve cognitive control. The military esports teams have been active online and in tournaments. It held its own official esports tournament in May as part of FORCECON22, where the U.S. Air Force won out over the Army.