It's a fast-paced expedition with no room for error and a big goal: to raise money for children of Gold Star families. 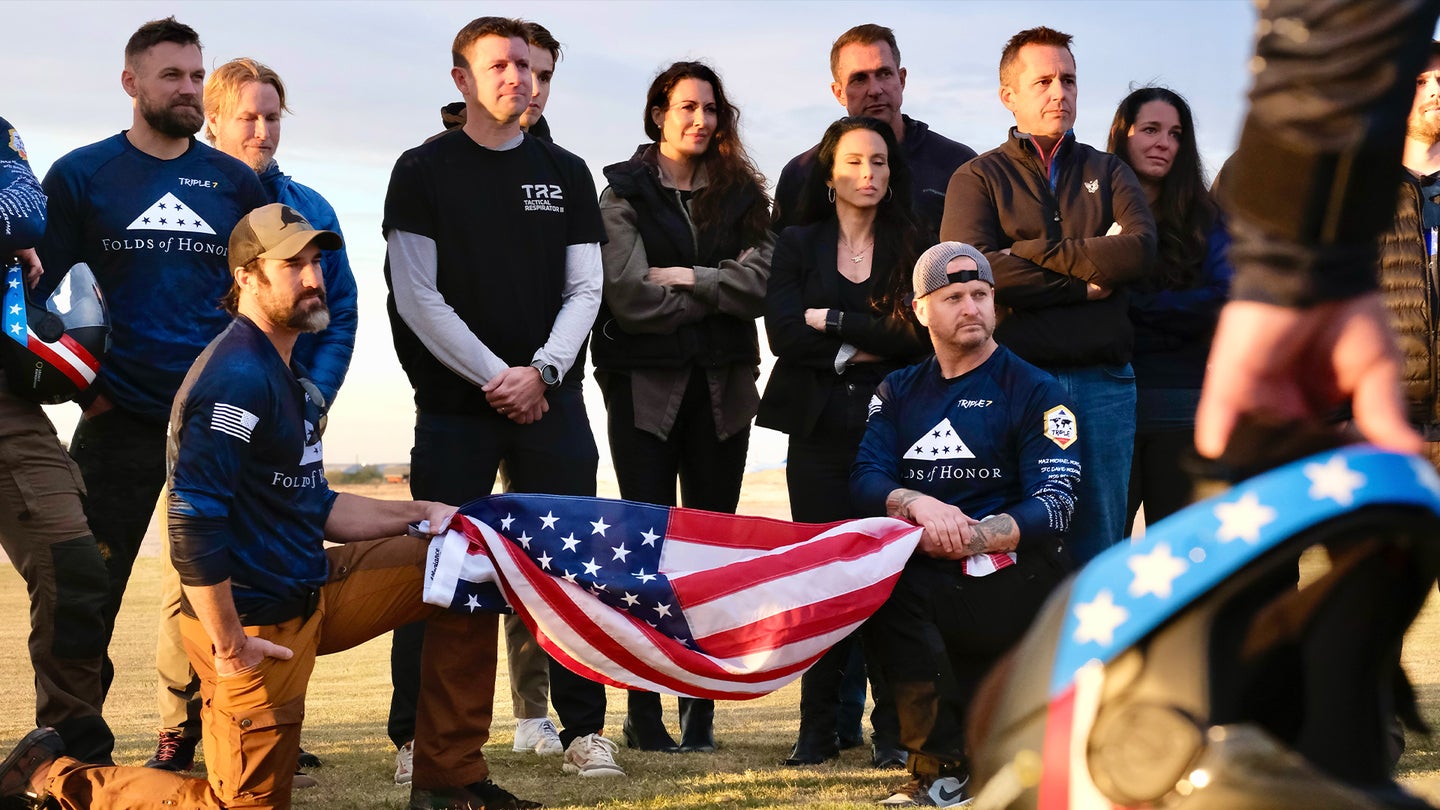 This month a team of 10 military special operations veterans is embarking on an around-the-world fund-raising adventure, aiming to complete seven skydives on seven continents in seven days while raising money for Gold Star families. They will set a Guinness World Record if they succeed.

It’s a big challenge and one that hasn’t been attempted at this kind of pace. The United Kingdom’s Martin Downs skydived over six continents in eight days and a little over seven hours in 2008, but he never made it to Antarctica.

“Seven days, seven continents. It has a ring to it,” one of the participants and retired Army Ranger, Jariko Denman, told Task & Purpose.

There’s also more than just bragging rights at play. The team is hoping for a fourth
seven. Triple 7, as they’re calling it, has the goal of raising $7 million to support Gold Star families. The expedition partnered with the nonprofit Folds of Honor for the adventure and hopes to raise money to fund 1,400 scholarships.

“With the ending of [the Global War on Terror] and the wars winding down and attention waning for a generation, the organization that resonated with everyone the most was Folds of Honor because they give education grants to Gold Star kids and children of fallen first responders,” Denman said.

Former Navy SEALs Mike Sarraille and Andy Stumpf founded Legacy Expeditions and launched their first expedition in 2021. The idea for Triple 7 emerged two years ago, but the team didn’t start forming until last year, with training ramping up over the past few months. In addition to Denman, who served 15 years in the 75th Ranger Regiment, other participants include veterans hailing from the SEAL teams, Marine Corps, and Canadian special operations forces. Eight of the 10 will be solo jumpers, with the last two jumping tandem.

The team is kicking off the Triple 7 expedition with the toughest jump first: Antarctica. They have to wait for the right weather conditions to safely skydive, so starting there prevents them from missing the deadline due to a storm. The clock starts as soon as they jump out of the plane over Union Glacier Camp, so the stakes are high. But even in good weather, the team has to prepare for the challenges of the southernmost continent.

“The main preparation for Antarctica was canopy control training,” Denman said. “They have pretty gnarly winds.”

Dressing for extreme temperatures is another consideration. Although it’s summer in the southern hemisphere, temperatures on the ground are still negative 30 degrees Fahrenheit, with temperatures at altitude considerably worse. Usually, Denman said, they’d be wearing a full-face helmet, but they can’t do that with this jump due to the cold, so they’ll be limited to goggles. They can’t have any exposed skin either and need to keep their hands just warm enough to have the dexterity to pull the chute.

After the jump over Antarctica, things move fast. The team flies back to Punta Arena, Chile for a South American jump, then it’s off to Miami for the North American leg. Once they finish that jump, they hit the tightest turnaround of the plan — getting across the Atlantic Ocean to Barcelona, Spain. Once they land it will be early morning local time and they have to “do a jump, pack [their] shit, and be at the airport to fly out by 2 p.m.” Denman said.

With the tight schedule and air travel filled with delays, cancellations, and general chaos from the recent winter storm, the expedition is aware movement between drops could be challenging. Denman said they have a good support staff for this, who are working with airlines to make sure if a flight falls through they can get on something fast to make it to the next destination. There’s also a medical team on hand, led by a former SEAL-turned-doctor.

After Barcelona, Triple 7 goes to Cairo, Egypt to cover Africa, then takes a shorter flight to Abu Dhabi in the United Arab Emirates for Asia. The last stop on the expedition proper is Perth, Australia, where they will meet up with comrades from the Australian special operation forces.

Why try to do all this in just one week?

“We want to hit the seven-day mark because it’s fucking cool,” Denman said. The team could spend a few more days hanging around or seeing the sights, he said, but they want to make their record as difficult to beat as possible. When they do finish though, they’re on one last international journey, to Tampa, Florida to do an eighth, celebratory skydive.

The whole project is being documented as well; not just to track jumps for the record, but for posterity’s sake. Dan Myrick, co-director of The Blair Witch Project, is leading a film team recording the expedition for a future documentary.

The challenge is the thrill and once they start the clock every moment will be urgent, but Denman said what resonated for everyone was the cause they’re raising money for.

“Two, three, four years down the line, when everyone’s really forgotten about us, we want to fill the coffers for an organization,” Denman said. “If there’s a 5-year-old whose dad or mom was killed four or five years ago in war, when that kid becomes college or trade school age there’s an org for them to lean on for help.”

For those who want to follow along, Legacy Expeditions and Coffee or Die Magazine will be posting updates from the team as they attempt to break the record.