Military brats live in an ambiguous subculture that blends the lifestyle of a service member and a civilian. It includes … Continued 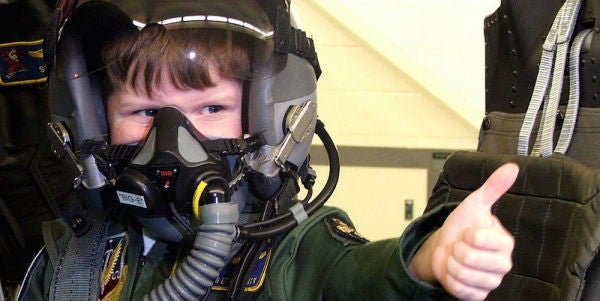 Military brats live in an ambiguous subculture that blends the lifestyle of a service member and a civilian. It includes repeated relocations, forced road trips, and strange habits, like calling everyone your age or older “ma’am” or “sir,” that are hard to understand unless you’ve lived it.

As a brat myself, I gained knowledge and experience growing up beyond the realm of what I believe I would have in a civilian family. For example, I was able to travel through almost every state and learned history by living near places where history was made. The military is a culture I was not wholly a part of, but it still had deep effects on my life.

Here are five lessons I learned growing up as a military brat.

1. There is no job that is below you.

No parent can tell a “I walked a mile to school uphill both ways when I was a kid” story like a service member or veteran. Mostly because they lived through boot camp and possibly an armed conflict. Military brats get lessons in humility early and frequently, just like their parents did in boot camp.

We learn how to paint our own walls, cook our own dinners, and when we are old enough, change our own oil. And even though brats will absolutely be forced into college or the military, we could, and possibly have, worked odd jobs or in a trade for a living.

2. There is no substitute for hard work.

There is a widely held stereotype that all millennials think they are entitled. I won't say that isn't true, after all, I'm an officer's kid. But as a brat you learn that while making your bed every morning with immaculate precision won't make you feel better, it'll possibly help you succeed later in life.

While normal kids are ignoring high school homework, or getting paid for their grades, military brats do their best to keep their grades as neat as their bed linens for the sake of their sound sleep and already less-than-reasonable chore load.

While we end up wishing the well-ingrained work ethic would have translated better to college — our first time away from the structured life at home — at least we had a head start to what responsibility, ownership, and self-satisfaction can do in our personal lives.

Between the 5 to 10 different neighborhoods brats live in growing up, and the 7 to 15 different schools they attend, they end up being the “new kid” quite often. This experience can often isolate a child growing up, but for me it was a healthy challenge to climb the social ladder again and again.

I got enough practice shaking hands and making small talk that by the time I made it to the ruthless social experiment that is life after primary school, networking was easy. Brats learn the value of connections, and because they’ve done long-distance relationships growing up, they can keep those connections without too much strain.

Whether you've been stationed in Virginia and forced to walk the streets of Colonial Williamsburg too many times, or made to recite the birthdays and achievements of every U.S. president, you'll never forget how great this nation is. You're just not allowed.

It’s possible you’ve been to every landmark or point of interest in the continental U.S., including unconventional ones like the Winchester Mansion, and that’s fine, but only because you got a new souvenir at every stop. Your collection of keychains is endless, and so is your parents’ collection of coffee mugs.

The point is, military brats have seen and experienced more of this country than most millennials, and history is not a challenge to learn. We have a collection of stories and trinkets from historical landmarks that no one acquires living in one place their whole lives.

Moving to new places in three-year intervals affords military brats the ability to live in many different cultures within the U.S. and sometimes even in different countries. Different ideologies, different foods, and different forms of art are introduced to brats from a very young age. As a result, we develop intellectually and ideologically rounded views of the world.

The diverse experiences of a military brat growing up allow us to appreciate the differences in perspectives, cooking practices, and even sports. When I lived in Michigan, I played street hockey and in California I played baseball. Now that I’m older I give these experiences the credit of allowing me to view other things like political differences with a greater sense of appreciation and respect.

This appreciation for different ways of life, and different people, is by far the most important lesson I learned as a child, and I know my experiences as a brat were what taught me that lesson.