“The greatest lesson I learned from my grandmother is to never be silent in the face of injustice." 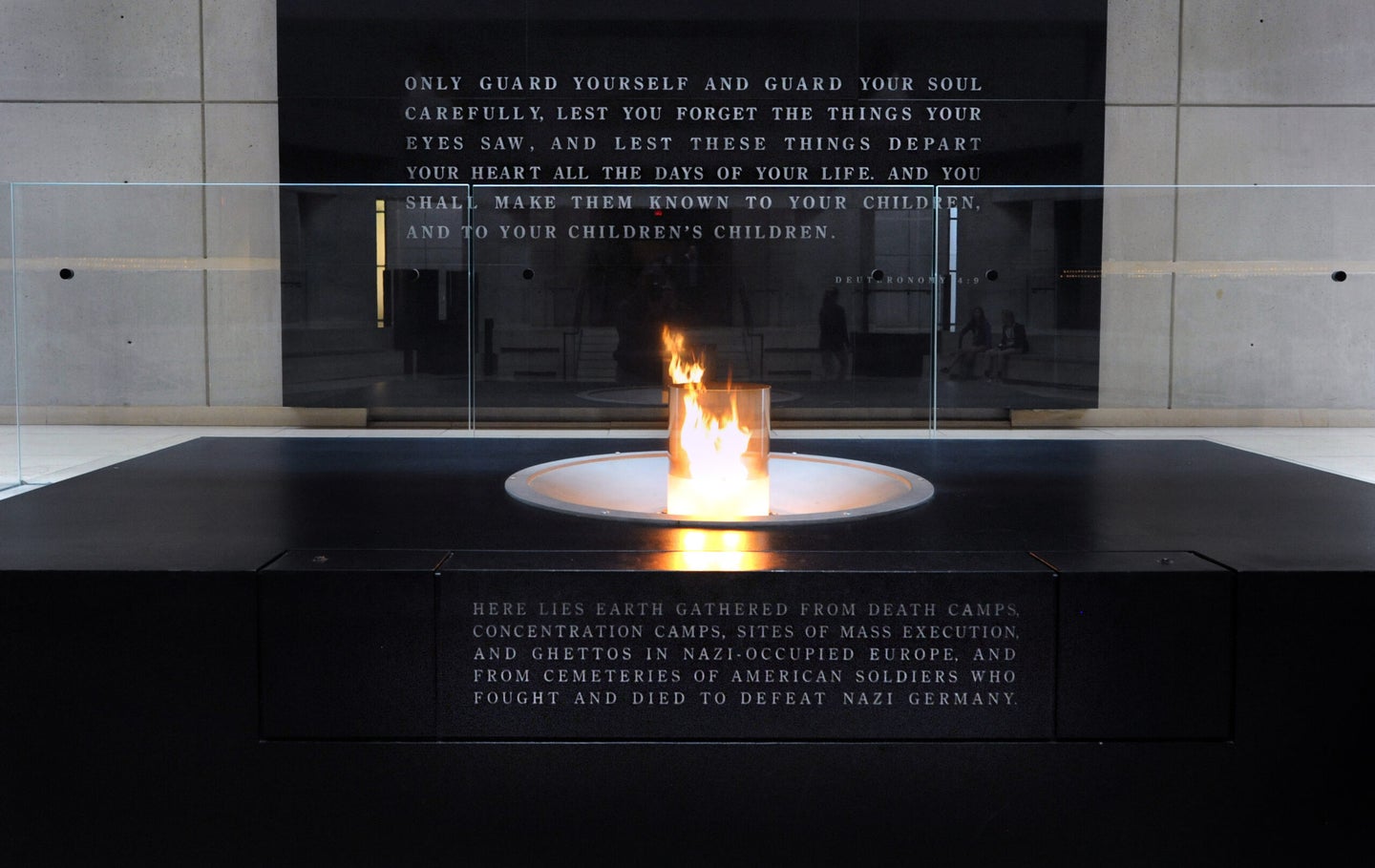 Hilda Frenkel is a “tiny superhero.”

That’s how her son describes the almost 100-year-old Holocaust survivor, who will celebrate her birthday on Sunday — virtually with her three children and two 20-something grandchildren. She’ll be in her Hallandale Beach apartment with family joining from Florida, New York and Maine.

In 1941, the year she turned 21, she and her family were sent to the Bershad Ghetto in Transnistria, a German- and Romanian-occupied territory during World War II. (It’s now part of Moldova, near the Ukrainian border.)

During her three years in the camp, Hilda watched her parents, Adolf and Lotte Lockspeiser, and brother Erwin die of typhus, a searing experience that would lead her to hold her three children, and their families, that much closer. Her older sister Greta was living in Paris with her husband.

“For her, family was overwhelmingly the most important part of her life,” said Michael Frenkel, her 69-year-old son and middle child. “She saw her role as a mother and as a wife as her reason for being.”

Before she moved to South Florida about a decade ago, the mother-son duo were neighbors in New York, where they looked after each other. He is a writer and retired teacher who has published poems about her.

To this day, she continues to look out for her family members. Her eldest child, Charlotte Mowerman, 71, lives in South Florida. Her youngest child, Elissa Frenkel, 59, lives in Maine and is the mother of her two grandchildren: Stephen, 29, and Zipporah, 26.

When she realized her 100th birthday celebration would have to be canceled, her main concern was her loved ones getting sick.

In her memoir, “Surviving Transnistria,” found on the geneaology website Jewish Gen, Hilda wrote that at the start of World War II, she saw America as another planet. But she moved to New York in 1952 with her husband Salo, and two young kids without knowing a word of English.

He became a manager at a restaurant bar. She raised the children, and eventually started a small business doing hair-removal electrolysis. Michael’s wife, Virginia, 64, has managed the business in Queens since 1993.

“She’s outlived Hitler by 75 years so far,” Michael said. “It just makes me especially happy that she’s reached the age of 100 despite everything he did to try to destroy her family.”

Recalling the Holocaust, Hilda said she was surrounded by atrocities. Her already weak body became ravaged with illness and malnutrition.

“It is a miracle that I survived,” she said. “I thought I was going to die.”

After losing her parents and brother, Hilda’s family in the camp became Martha, a 15-year-old girl whom she had known since childhood. Hilda looked after Martha and begged her not to give up — while vowing not to give up herself.

At 24, she was liberated and taken in by a relative whom she didn’t even know was alive. She said the feeling of reuniting with family after such misery was indescribable.

Less than two years later, she met and married her husband, who, too, was a Holocaust survivor. The two remained inseparable until he died at 61 in 1982.

“I knew he would always love me, be loyal to me, and put me ahead of all else,” she wrote in her memoir. “He was a hard-working man who was not afraid to work and who very much wanted to prove himself.”

Hilda’s grandchildren said their grandparents’ stories have fueled their lives, both personally and professionally.

“The greatest lesson I learned from my grandmother is to never be silent in the face of injustice,” said Zipporah Frenkel, her 26-year-old granddaughter. “She and my grandfather are Holocaust survivors, and because of that I never want to be complicit in violence.”

Zipporah grew up in Maine but frequently saw her grandmother during visits. Among her favorite childhood memories was baking cookies with her.

Now a freelance writer in Tennessee, she said her love of learning was inspired by grandmother, who still reads the newspaper, watches the news and reads classical literature.

“She is brilliant,” Zipporah said.

Hilda’s experience also has influenced her grandson’s work as a political activist. Stephen Frenkel, 29, said he views his grandmother as “a light in the darkness.”

During his childhood, he once asked his mom why his grandmother would watch him for so long while he played. He thought it must bore her. But his mother said he is a symbol of a future that she once thought would be impossible.

“Growing up and being aware of the injustice in the world really did make me a better person and shaped my worldview,” said Stephen, who does non-profit work in Maine.

Hilda wanted to become a doctor when she was young. Although she never got to realize those dreams, one of her daughters did.

Elissa Frenkel, 59, who lives in Maine, was a rehabilitation doctor who now works in medical administration. She said she learned from her mother strength and perseverance, traits shaped by her days in the camp.

“It’s really important that we preserve these first-person accounts of what these people went through, so that we can learn from them and not have a resurgence of this hatred and violence against people with a certain faith,” she said.

Charlotte, 71, said her mother openly talked about the Holocaust because she wanted to instill in her family the importance of talking about it.

“She’s been there for us emotionally throughout the years, always being the strong leader in the family,” said Mowerman, who lives in Miami Beach and works as a real estate agent and freelance publicist.

Hilda said her brother, who was almost two years younger than she was, was her tower of strength. That is the same way her children and grandchildren speak about her. Until she and her loved ones can safely reunite, Hilda will celebrate her 100 years over video chat with them.

“I have learned that you have to do the best you can,” she said, reflecting on the past century.