6 Surprising medical conditions that will disqualify you from military service

A medical waiver may be in the cards. 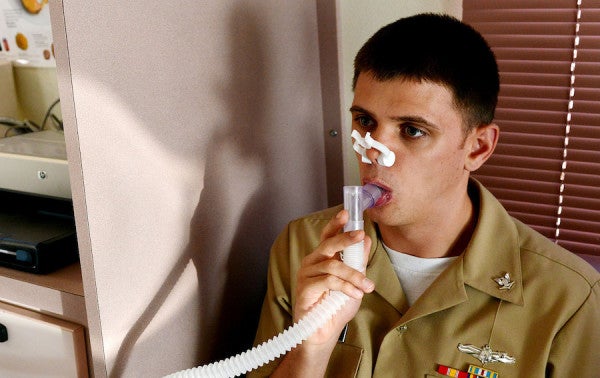 In order to join the military, you need to qualify medically. And while there are some obvious stipulations, like the fact that you can’t be carrying diseases that will endanger your platoon, there are other disqualifying conditions that might surprise you.

All the disqualifying diseases, disorders, and conditions adopted by the U.S. military are listed within the International Classification of Disease code, under the United Nations’ World Health Organization.

Task & Purpose reached out to Lt. Michele Stein, a Navy recruiter, who shared some lesser-known medical conditions, and in some cases, ways you can get around them. In addition, Stein also asked around her station in Tucson, Arizona, for crazy, surprising medical disqualification stories. We compiled our favorites, and here are six unusual conditions that can keep you from joining the military.

You can’t have flat feet

Though this is one of the most widely argued-about conditions that can bar you from the military, the answer is yes — it is real. While someone who has flat feet can serve in the military, it depends on the severity. If someone has “symptomatic” flat feet, which indicates that the condition causes the person chronic physical pain, then he or she cannot serve.

Your butt can’t be too big

Spinal disorders and conditions are taken very seriously by the military. Many of the jobs have stringent physical demands and standards, and having any sort of back issue can be detrimental to your health, and the readiness of the force. However, according to the Tucson recruiting office, as a result of spinal curvature misalignment, your butt can be too big for you to serve. Enough said.

You need to take care of your teeth

Your dental health is very important when joining the military; you can’t have too many cavities. According to the International Classification of Disease code, any dental issue that interferes with a normal diet, or includes complex dental implant systems with complications will disqualify you from service. Having braces can also temporarily disqualify you, also.

Your testicles have to be … normal

You have to have normal genitalia to be in the military. According to the Tucson recruiting office, one man who was trying to join couldn’t because his testicles were too big. As a result, he was permanently disqualified. However, that’s not the only concern. The absence of one or both testicles, whether congenital, acquired, or unexplained absence of a testicle is also unacceptable according to military standards.

Related: What The US Military Health System Can Learn From Cuba »

While this may seem obvious, it’s not always a black and white issue. While having a history of psychological issues that caused prior self-mutilation is unacceptable, there have been instances wherein an accident or childhood mistake was construed as self-harm. The Tucson office reported that one kid hoping to enlist burned or branded a paw print onto his arm when he was 13, and he ended up being disqualified for self-mutilation.

You can’t have eczema or acne

Despite the fact that the dry-skin rash and the oily-skin condition aren’t contagious, you can’t have either and join the military. Eczema — though it can be maintained with prescription — can also be debilitating. It’s dry, itchy, and it spreads. Acne, on the other hand, runs the gamut from requiring antibiotics to interfering with the proper wear of a gas mask.

But there is hope for military waivers in certain cases

“The way it works is that we do a medical prescreen that has over a hundred questions, and it’s trying to give us a general idea of what will disqualify before we send them to a Military Entrance Processing Station,” Stein said.

Often, Stein said, one of the biggest issues is that people will overshare, and get themselves disqualified before they even make it to MEPS. Her advice was never to list anything in your medical history that wasn’t previously documented by a medical professional.

In certain cases, and in the event that you have a good Armed Services Vocational Aptitude Battery test score, a medical waiver option is available. For some, certain recruiters will work with you and advocate on your behalf in certain instances where they believe your condition won’t interfere with your service.

Vocations within the military can also be a determinant factor when it comes to a medical waiver. If you are flexible about your military occupational specialty, you may be more likely to have your waiver accepted.