JOB ENVY: The Iraq War Veteran Who Is Now A Modern-Day Indiana Jones 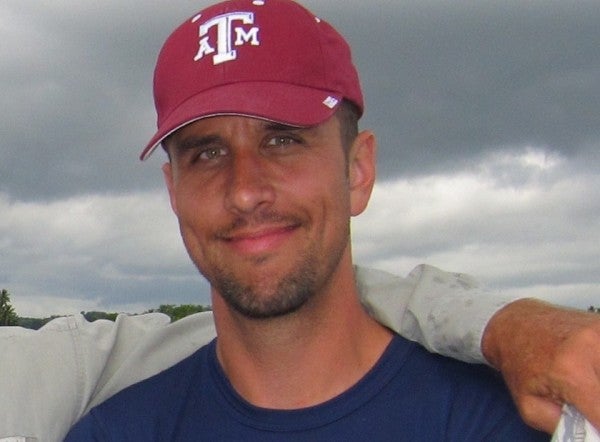 To his friends, Chris Cartellone is a modern-day Indiana Jones.

A native of Cedar Rapids, Iowa, he served 10 years with the U.S. Marine Corps and the Army National Guard, including a year in Iraq with a mortar platoon. Today, the 39-year-old veteran is finishing a Ph.D. at Texas A&M; University in nautical archaeology, with a specialty in underwater diving.

As an archaeologist, Cartellone has excavated Native American sites thousands of years old and European shipwrecks that were scattered across North America, the Caribbean, West Africa, and Bermuda in the past few hundred years. His most recent excavation was a pirate shipwreck in the sunken city of Port Royal, Jamaica.

Cartellone eventually plans to teach as a university professor. He wants to use archaeology to excite students about history, so they think more critically about how culture, the military, and warfare shape societies.

The best thing about his job

Through his research with the Institute of Nautical Archaeology, Cartellone is currently studying a British warship from the American Revolution that was lost in the West Indies. He says the best thing about his profession is the variety of tasks, challenges, and people it presents every day.

“I can spend long days outside scuba diving or searching for wrecks with remote sensing sonar equipment. I need to know photography, mapping skills, and how to record detailed notes,” Cartellone says. “Then there are months in an office or library, sifting through old archives, writing reports, conserving artifacts, and creating 3D computer models. There is so much opportunity to travel and partner with fascinating people from many countries.”

Ten years after leaving the military, Cartellone’s sense of service is as strong as ever — and he tries to instill it in the classroom.

“My time in the military gave me perspective on life, hard work, gratitude, and an appreciation for service to others,” he says. “I understand that there are no excuses for failure.”

At Texas A&M; University, Cartellone incorporates a service component in his classes by requiring students to volunteer for a community service hour with an organization of their choice.

On getting from an undergraduate to Ph.D. program

After separating from the military, Cartellone saw formal schooling as a huge commitment in time and money, so he studied hard to move quickly and deliberately through his education. He talked to as many advisors as he could. Then he broke his academic programs into digestible pieces, focusing first on earning a bachelor’s degree, then his master’s, and now his Ph.D. at Texas A&M; University, where he is on scholarship as a Tillman Military Scholar.

Though he credits his education with giving him the formal skills, degrees, and certificates that are necessary credentials for an archaeologist, Cartellone believes networking with peers and industry professionals proved the most important learning experience.

“Personal life choices, service in the military, and working in the field are where your education really happens,” says Cartellone.

Why other veterans should consider archaeology

Indiana Jones was Hollywood fiction. But on a practical level, Cartellone sees strong parallels between the military and a career in archaeology.

“There is a lot of hard work, outside, in small teams, with a leader and a plan,” he explains. “For excavations and land surveys, we hike and use compasses, maps, and GPS every day. It’s a field that should attract more veterans because the work atmosphere mirrors the military so much.”

“Follow your passion, not the paycheck,” Cartellone cautions. “Find what drives you to get out of bed every morning and pursue it with relentless persistence.”

His is an intense passion for learning and teaching history, which he believes will help today’s students grow into better leaders and decision makers. But he also sees his archaeology career as a passionate lifestyle choice. Cartellone advises others to think long and hard about the hours, salary, and travel opportunities they want and need not only today but in the future too.

Maximizing opportunities with mentors is equally important for Cartellone.

“Surround yourself with high performance mentors and individuals to stay inspired. Ask lots of questions. Don’t be intimidated by them. They have had setbacks too,” he advises. “The more you expose yourself to different leaders and learn their stories of success and failure, the more you will recognize your own path and goals.”