The Marine Corps’s new battlewagon is a better tank-killer than the service’s tanks, general says 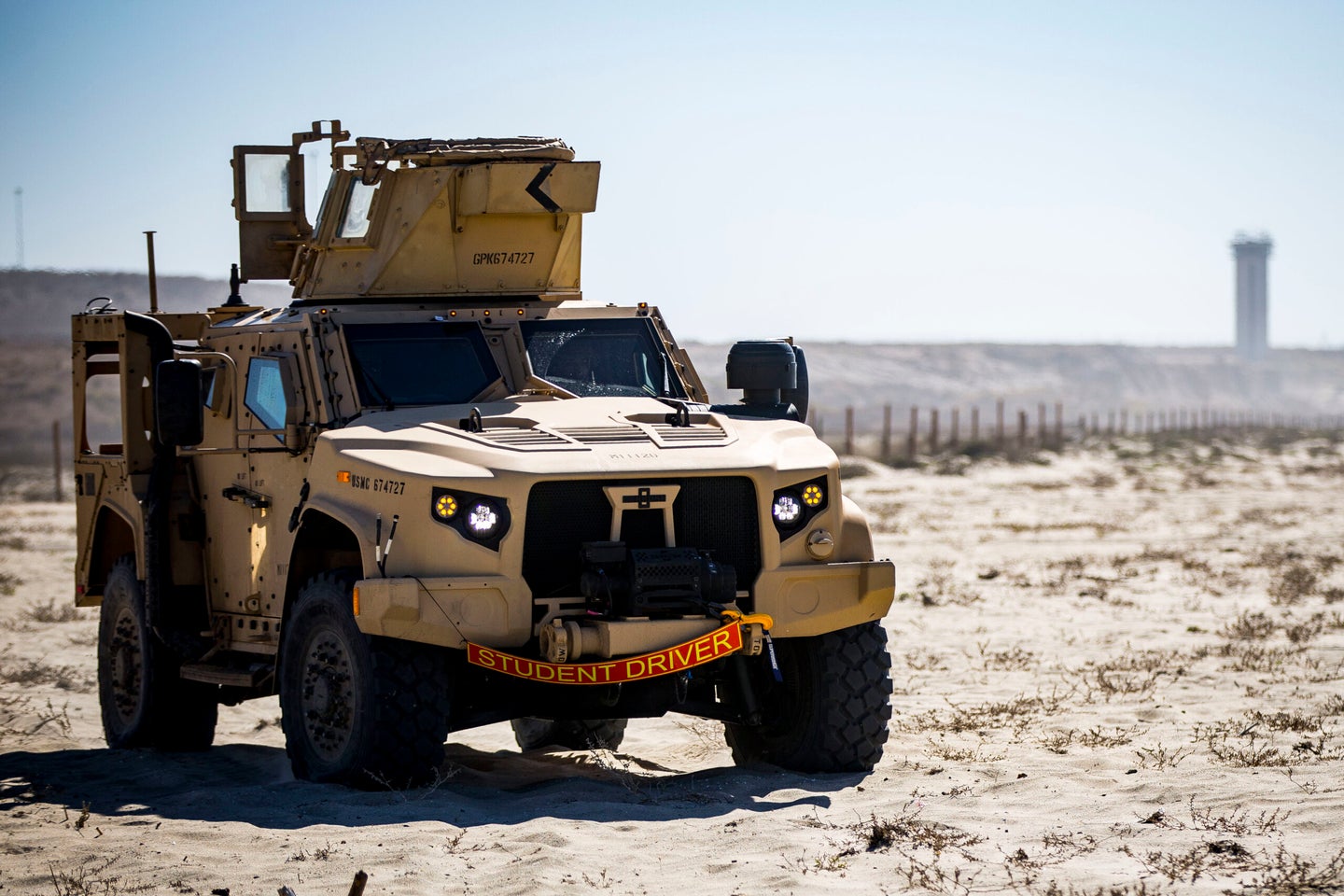 The Marine Corps may be in the process of ditching its tanks as it retools towards dealing with near-peer threats in the Pacific, but that doesn’t mean the service’s anti-armor capabilities are falling by the wayside.

According to Lt. Gen. Eric Smith, the deputy commandant for combat development and integration, the service’s brand new Joint Light Tactical Vehicle outfitted with “lightweight mounted fires” is capable of killing armor at between 15 and 20 times the range of an M1 Abrams main battle tank.

“We can kill armor formations at longer ranges using additional and other resources without incurring a 74-ton challenge trying to get that to a shore, or to get it from the United States into the fight,” USNI News reported Smith as saying. “You simply can’t be there in time.”

The newly envisioned role for the JLTV comes amid the broad elimination of the Marine Corp’s tank battalions and associated military occupational specialties, as well as its law enforcement battalions and bridging companies, as part of a ten-year effort to make the force lighter and more nimble.

With the addition of rocket artillery and anti-ship missile capabilities and investment in new light amphibious warships, the changes are intended to make orient the Corps in a fight against China towards a 21st-century version of the Pacific island-hopping campaign of World War II, as Marine Commandandent Gen. David Berger previously stated.

“We need an Army with lots of tanks,” Berger said. “We don’t need a Marine Corps with tanks.”

The Marine Corps fielded the first of its new JLTVs at the School of Infantry-West at Camp Pendleton nearly two years ago and reached initial operational capability with the new battlewagon just a few months later — nearly a year ahead of schedule.

Since then, the service has sought to incorporate a variety of capabilities into the modular vehicles.

Last April, the service invited the defense industry to submit ideas for transforming its heavy weapons-mounted JLTVs into mobile air defense systems for tracking and killing enemy drones, helicopters, and fighters with its vMADIS Mk1 weapons system. The following September, the service announced plans to load up the vehicles with a XM914E1 30mm cannon to track and destroy enemy drones and aircraft.

It’s unclear what “lightweight mounted fires” the service is pursuing with regards to its JLTV fleet, but as Smith indicated, those fresh capabilities likely won’t be limited to killing armor. According to USNI News, they’ll also include “ground-based anti-ship missiles that the Marines could use to push enemies back hundreds of miles from a contested piece of land.”

“That is sea denial, and that supports our naval partners, our fleet commanders, in distributed maritime operations,” Smith said.

Does it sound like the Marine Corps plans on turning the JLTV into a 21st-century battlewagon bristling with feisty weapons? Absolutely. The real question is whether the vehicle can actually handle all that firepower.