What The Fresh Hell Is Going On With This Air Force Uniform Photo?

With the adoption of the Army's Operational Camouflage Pattern (OCP) uniform by airmen around the world on the horizon, the Air... 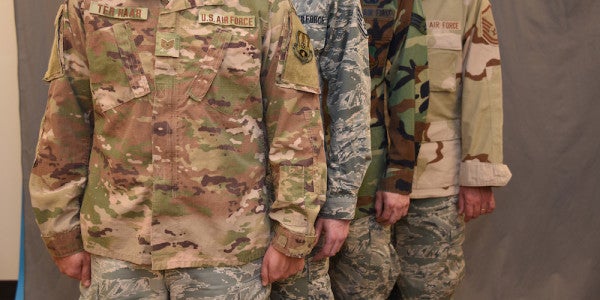 With the adoption of the Army's Operational Camouflage Pattern (OCP) uniform by airmen around the world on the horizon, the Air National Guard put out a reminder last week for Air Force personnel to keep an eye peeled for their new duds starting in October.

Sure, it's a stupid oversight, but it also sends a weird message that Simkins nails: “Join the Air Force, where every day is your very own equivalent of Hawaiian shirt Friday.”

Look, I don't know much, but if there's one thing I do know it's this: you always match, even if it's with some silly tacticool harness. If you're going to fight terrorists, you might as well look good doing it.