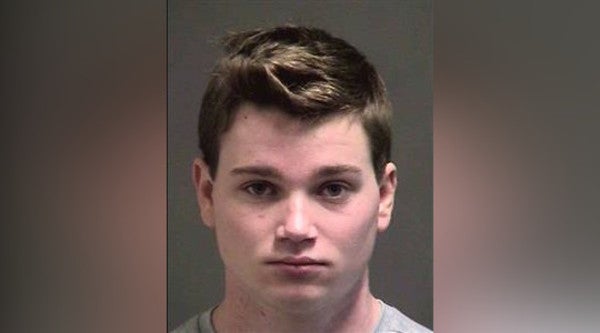 An 20-year-old airman at Hurlburt Field was arrested on Friday after exposing himself to a woman shopping at a TJ Maxx in Fort Walton Beach, Florida, police said.

The squadron handles personnel issues and services for service members and civilians on base, and Leary worked in the fitness section specifically, Nicholson said.

According to the Okaloosa County Sheriff’s Office's arrest report for Leary, the victim saw Leary watching her while shopping in the clothing department on March 1. Leary then followed her around to other areas of the story, the report says.

In the kitchen supply section, the victim saw Leary kneeling down, facing her and exposing himself. The victim then notified a store employee who contacted law enforcement.

Leary, who hails from Colorado, was taken to Okaloosa County Jail.

This story was updated to include details from Leary's arrest report.