After a decade and a half of war and countless global-terror threats, the United States intelligence community has grown substantially,... 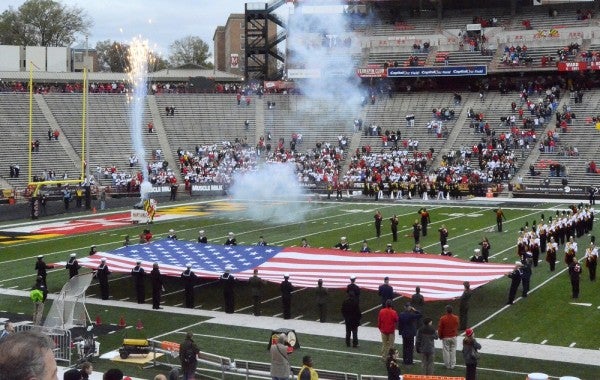 After a decade and a half of war and countless global-terror threats, the United States intelligence community has grown substantially, and so has its recruitment from universities. In a Nov. 5 Vice News exclusive, William M. Arkin and Alexa O’Brien rank the nation’s top 100 most militarized schools.

The article defines militarized, not by the size of a campus’ military programs, like the Reserve Officers Training Corps, ROTC, but by the number of graduates who have gone on to serve in the defense and intelligence communities.

Unsurprisingly, 17 of the top 100 schools are in the Washington, D.C. area, with the number one “most militarized school” being the University of Maryland, and George Washington University as number 4. Online schools like American Military University and the University of Phoenix, both of which have a high proportion of veteran and military students, rank second and third, respectively.

The rankings are based on a dataset of more than 90,000 people who have worked in and around the intelligence community since Sept. 11, 2001, and represents approximately 6% of all those in the U.S. with a top secret security clearance, reports Vice News.