“You know the saying, ‘if it’s not broke don’t fix it’ — well, sometimes leaders don’t know that it’s broke." 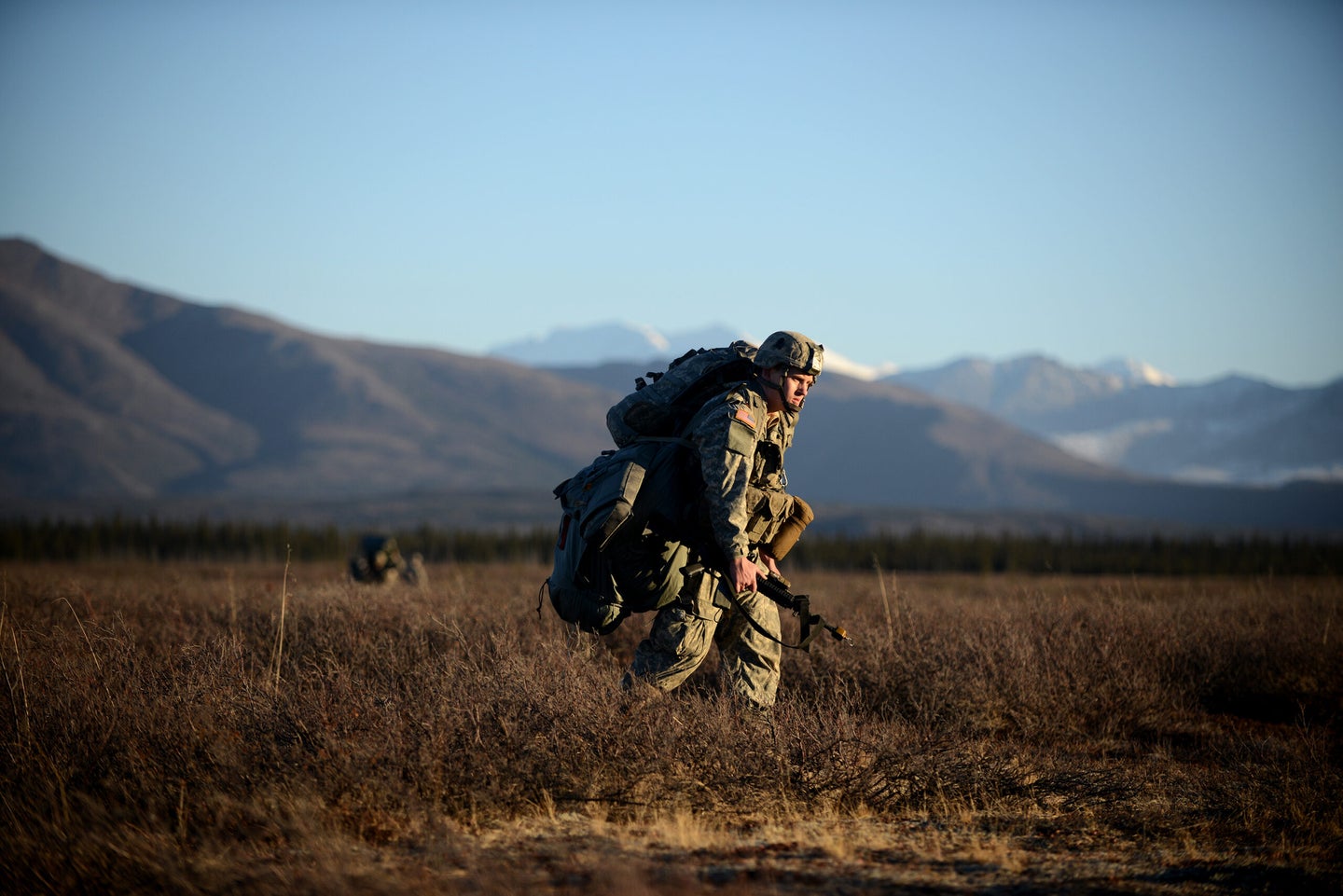 The Army will now give both parents convalescent leave in the case of a miscarriage, stillbirth, or loss after birth.

“The Army will be the only service so far to apply this convalescent leave to male soldiers, acknowledging emotional loss after this very significant life event,” Amy Kramer, the policy lead action officer, told reporters on Thursday. “So in addition to the convalescent leave provided to the female soldier that undergoes the actual miscarriage for physical healing and emotional healing, male soldiers, their spouses, will also be eligible.”

The move, which determines the amount of time off by how far along the pregnancy was, is one of 12 policy changes announced Thursday as part of a new Army directive outlining support for fertility treatment, family care plans, and extensions of parental leave and exemptions from physical fitness testing and the Army’s body composition program.

The changes grew from a grassroots movement of soldiers who started a Facebook group called Army Mom Life, which serves as a private space for mothers in the service to seek guidance and share intimate details with other women. It’s a rare example of soldiers successfully pushing policy changes through the massive bureaucracy that is the Army. The social media organizing effort also serves as a reminder that long-standing challenges like these can often be overlooked at the top.

“You know the saying, ‘if it’s not broke don’t fix it’ — well, sometimes leaders don’t know that it’s broke. It’s been broke,” said Staff Sgt. Nicole Edge, the founder of Army Mom Life. And for Edge, like so many parents throughout the force, these policies are incredibly personal.

When she had a miscarriage during her first pregnancy in 2016, Edge said she opted to have a dilation and curettage procedure, known as a D&C. The procedure is quick, and sometimes recommended for women who miscarry late in their pregnancy. Edge said she went into the hospital that morning, and was out later that afternoon.

While the procedure itself went well and physically she was okay, emotionally she was distraught. Nevertheless, she wasn’t granted more than two days of convalescent leave, which is nonchargeable leave for soldiers granted by their commander and doctor.

The emotional toll of a miscarriage can be overwhelming. Roughly 10 to 20% of pregnancies result in a miscarriage, according to the Mayo Clinic, though the number could be even higher since a miscarriage could occur before a person even knows they are pregnant. It’s not uncommon for women to experience depression, anxiety, or guilt about a miscarriage despite it rarely being a result of anything the woman has done. And despite not physically having the miscarriage, partners can also experience emotional distress after the loss of a pregnancy.

“Men, too, may struggle with feelings of loss and inadequacy,” Stanford Children’s Health says. “This is especially true if they’re unsure about how to help their partner through this difficult period.”

The new miscarriage policy for leave would have “greatly impacted my life,” said Edge, who in 2016 had to take two weeks of chargeable leave “to be able to process and mourn the loss of my family and the future that I thought I was going to have.”

In addition to that policy change, the new directive also says that soldiers, and their spouse if they are also a soldier, will be excluded from permanent change of station moves and deployments for up to a year while undergoing fertility treatments. Soldiers who give birth will also be “deferred or excused” for a year after their pregnancy from duties that take them away from home for more than a normal workday, such as field training, deployments, training center rotations, and temporary duty.

That policy will apply to single soldiers or one soldier in a dual-military couple in cases of adoption or long-term foster care placements when the child is a minor. The directive also requires commanders to create designated lactation areas, and makes clear that a soldier’s need for lactation breaks doesn’t end when a child starts eating solid foods.

While many of the policy changes directly impact soldiers who are giving birth, they are also supporting the parents who don’t.

Sgt. Maj. Mark Clark, the Army’s top enlisted leader of personnel, said when he was stationed at Fort Irwin years ago he was a single dad of three. He was lucky to have “the right leadership at that time,” he said, but watched peers in similar circumstances struggle.

“That captain and first sergeant at the time didn’t realize that they were retaining the future Army G-1 sergeant major,” Clark said. “And so when we look at what this policy creates for us, we are possibly retaining the next future Chief of Staff of the Army, the next Sgt. Maj. of the Army.”

While many of the changes are common-sense things, they also come as the Army is experiencing some difficulties in recruiting and becoming increasingly aware of the opportunities that exist outside the Army, threatening their ability to retain soldiers.

In the latest budget request, the Army lowered the number of soldiers it said it would bring into service in 2023, explaining that they are focusing on quality of recruits over quantity.

But in order to keep soldiers in the service, and continue recruiting top talent, the Army can’t operate with the mentality that because ”this is the way it’s always been so this is the way we’re going to keep it,” Edge said. Particularly since that many of the challenges of family planning, pregnancy, and parenthood affect junior enlisted soldiers the most.

“I think it’s all about empowering these young soldiers, because they are the voice of the Army,” she said. “They are going to be the future soldiers serving when I’m out … I think it’s really important that we empower younger soldiers to come forward and raise issues and make sure that they know if you do that, there’s not going to be any backlash.”