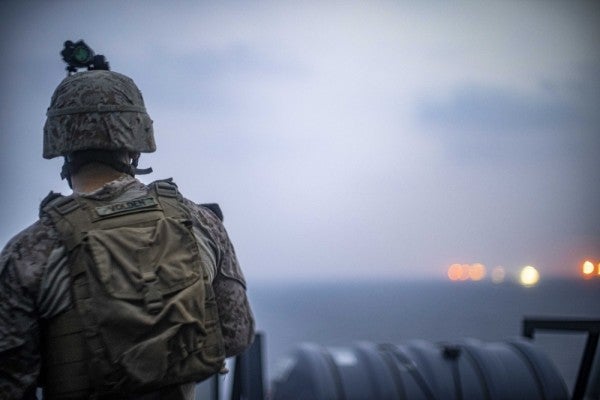 The House of Representatives on Thursday passed a pair of bills repealing the 2002 Authorization for Use of Military Force and preventing taxpayer funding from being used to take military action against Iran without congressional authorization.

The 2002 AUMF — which was first passed to approve the U.S. military's invasion of Iraq the following year and was used to justify the killing of Iranian Maj. Gen. Qasem Soleimani in January — has overstayed its welcome by allowing presidents to deploy troops around the world without congressional approval, argued Rep. Barbara Lee (D.Calif.), who first introduced the repeal measure.

The vote to repeal the 2002 AUMF serves as call to Congress to get back involved in the process of deciding whether or not the United States goes to war, Lee said, a process she thinks Congress has shirked for nearly 20 years.

“We cannot afford to leave outdated AUMFs on the books indefinitely,” Lee said in a statement after the House approved the bill in a largely party line vote of 236 to 166. “It is past time for Congress to finally do our Constitutional duty and vote on matters of war and peace.”

The vote on Thursday is full circle for Lee, who in 2001 gained national attention for being the only member of Congress to vote no on both the 2002 AUMF and it's 2001 predecessor that authorized the Global War on Terror.

“It was a blank check to the president to attack anyone involved in the September 11 events—anywhere, in any country, without regard to our nation's long-term foreign policy, economic and national security interests, and without time limit,” Lee later said about her decision. “In granting these overly broad powers, the Congress failed its responsibility to understand the dimensions of its declaration.”

Now, 18 years later, Lee and other proponents of repealing the 2002 AUMF — including eleven Republican lawmakers and at least two advocacy groups — hopes this will bring Congress back into the loop.

“Beyond there being no foreign policy reason to keep the 2002 AUMF active, repeal would preserve the proper separation of powers between Congress and the executive branch, no matter who is in office,” wrote Nate Anderson, executive director of the conservative-leaning Concerned Veterans for America, in a letter of support for Lee's bill on Monday.

Former Army Ranger and member of the conservative Freedom Caucus Rep. Andy Biggs (R-Ariz.) supported the bill in an op-ed that appeared in the Washington Examiner on Wednesday.

“A replacement of the outdated authorizations might include a recognition of our ally Israel, a mechanism to combat terrorism, and a limitation on the temporality of such an authorization,” Biggs wrote. “A new authorization with these criteria would move us away from endless wars that Americans recognize are damaging to the country. Congress can direct us instead to peace and prosperity — if only it would reclaim its power.”

Meanwhile, the second bill, preventing funding from being used to take military action against Iran without congressional authorization, passed 228 to 175, also largely along party lines.

“This Administration's Iran policy, time and time again, has brought us to the brink of war, risking American security and our constitutional integrity” wrote Rep. Ro Khanna (D-Calif), who introduced the Iran bill, in a statement announcing its passage on Thursday. “A war with Iran would be a disaster for the entire world.”

“The timing is not right, given that our bases are taking fire from Iran and its proxies,” wrote Rep. Chip Roy (R-Texas), who voted in favor of Lee's bill, in a statement on Thursday. “Instead of blanketly stating 'no war' with Iran, I would welcome a review of the 2001 AUMF in light of current circumstances in Afghanistan and the deaths of those responsible for 9/11, including many of their spawn.”

Both bills now go to the Senate, where they will either be rejected or approved and sent to President Donald Trump for his approval. The White House had previously threatened to block both measures.