On Feb. 24, Glock, Inc. filed a docket with the U.S. Government Accountability Office protesting the adoption of the Sig... 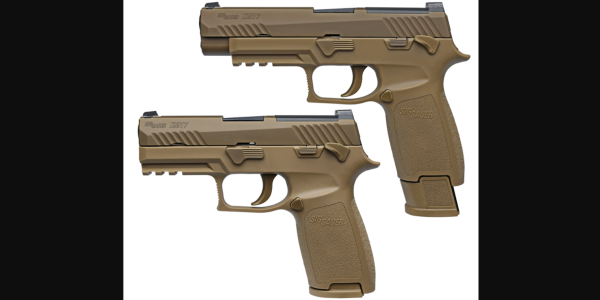 On Feb. 24, Glock, Inc. filed a docket with the U.S. Government Accountability Office protesting the adoption of the Sig P320 as the M17. Lodged under File Number: B-414401.1, the docket does not yet give explicit details about the grounds of the protest; however, it does name the solicitation number for the Army's Modular Handgun System competition, which Glock just lost to Sig Sauer last month.

Back in January, the Army awarded Sig a $580 million contract for over 300,000 M17 pistols. With a procurement contract of that size and importance, it was always likely that at least one of Sig Sauer’s rival manufacturers would launch an official bid protest with the Government Accountability Office.

The GAO is an independent, non-partisan, congressional advisory agency that acts as a watchdog for the federal government's commercially tendered contracts. It also acts as an ombudsman to issue legal decisions on bid disputes and protests.

While Glock currently has a number of government contracts — including providing pistols for the FBI, ATF, Army Rangers, and elements of U.S. Marine Corps Forces Special Operations Command — none of these equal the Army's M17 contract in terms of value and prestige.

There is historical precedent for the challenge. The M17's predecessor, the M9, was initially beset by a flurry of accusations and protests from rivals. When Beretta was awarded the M9 contract in 1985, Smith & Wesson not only filled a lawsuit contesting its elimination from the XM9 trials, but also lodged a GAO protest in 1988. In 1985, Sig also contested the outcome of the XM9 trials, only to find they had submitted their protest bid too late. Suggestions of Army bias toward Beretta led to further trials ordered by Congress. In a series of decisions, the GAO eventually ruled in favor of Beretta. More recently in July 2010, Sig lost another GAO protest against its elimination from ATF’s trials for semi-automatic handguns after the GAO found the company’s protest was ungrounded.

While the full details of Glock's protest have not yet emerged, the docket states that the case is currently open and a decision on the protest is due by June 5. In the meantime, the contract for M17 production could be on hold until a decision is made. Task & Purpose will continue to monitor the situation and bring you coverage as we learn more.

UPDATE: This article was updated to include more details about protests to the M9 contract. The article was also updated to reflect that the solicitation number is included in the docket (2/27/2017; 9:45 p.m.).