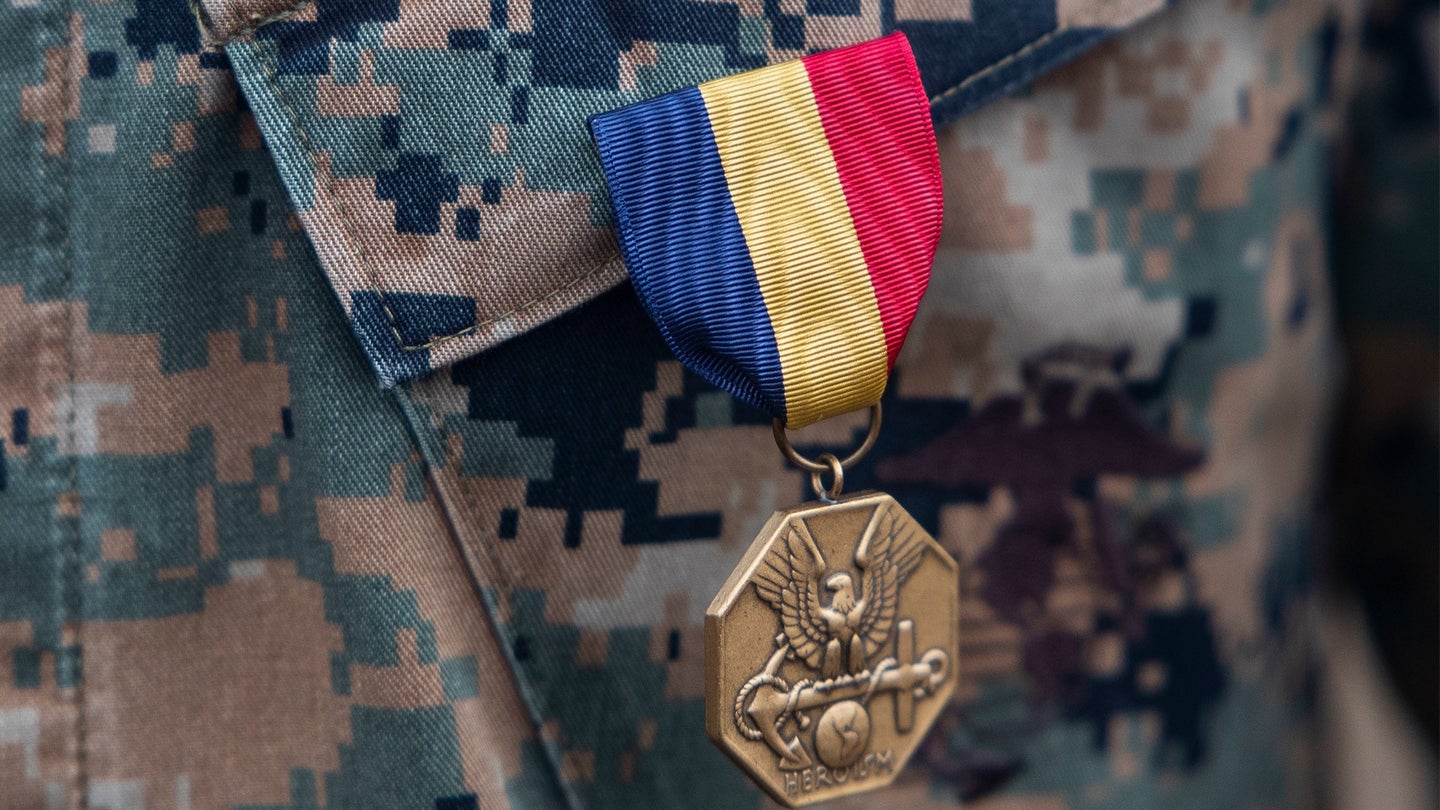 One Marine Raider was awarded the Navy and Marine Corps Medal on Jan. 18 for taking a quick break from dipping his toes in the water at a North Carolina beach to rescue two drowning swimmers.

On May 28, 2020, the Marine — whose name was not released due to his assignment with Marine Forces Special Operations Command — was at Surf City beach near Camp Lejeune, North Carolina when two women approached, “pleading for someone to save a drowning boy and his father,” according to the award citation.

In spite of the rip currents, the Marine ran into the water and began swimming out toward the duo.

First reaching the boy, the Marine grabbed him and began swimming parallel to the shore, “fighting vigorously to escape the dangerous current,” according to the citation, and making sure to keep the boy’s head above water. Once clear of the current, he made his way back to shore reuniting the boy with his distraught mother.

The Marine Raider then turned around and went right back out to recover the father, who was still being pulled further out to sea by the dangerous currents.

“I know that any other Raider would have done the same thing if they were in my shoes,” the Marine said.

Calling out to the man, the Marine continued to swim through the waves. As he approached, “The man was overcome by fatigue and descended under water,” at which point the Marine dove down, grabbed the man, and returned him to the surface.

Once again swimming out of the strong rip current, and with one hand always on the man he was saving, the Marine Raider made his way back to shore and back to safety. Once he neared the beach, the Marine dragged the man ashore and began checking his vitals.

“Through sheer perseverance, he dragged the motionless man onto the beach where he ensured he was breathing and postured for recovery,” reads the citation.

Once on the beach, the man said that he believed he and his son would have drowned were it not for the rescue effort.

“The satisfaction for me was pretty immediate,” said the Marine Raider. “Once that family was reunited on the shoreline, them embracing and crying in the sand was pretty powerful. Then, turning over to me and thanking me for that, that was all the recognition I needed at that point.”

Marine Raiders are, of course, plenty at home in the water, and expected to demonstrate proficiency as expert swimmers during their training. During the seven month selection course, they train heavily in swimming and boat operations.

Hopefully, on his next vacation, the Marine will be able to keep his toes and ass firmly planted in the sand.