“If you seek a life of purpose and passion … you can find that connection and more in the armed forces.” 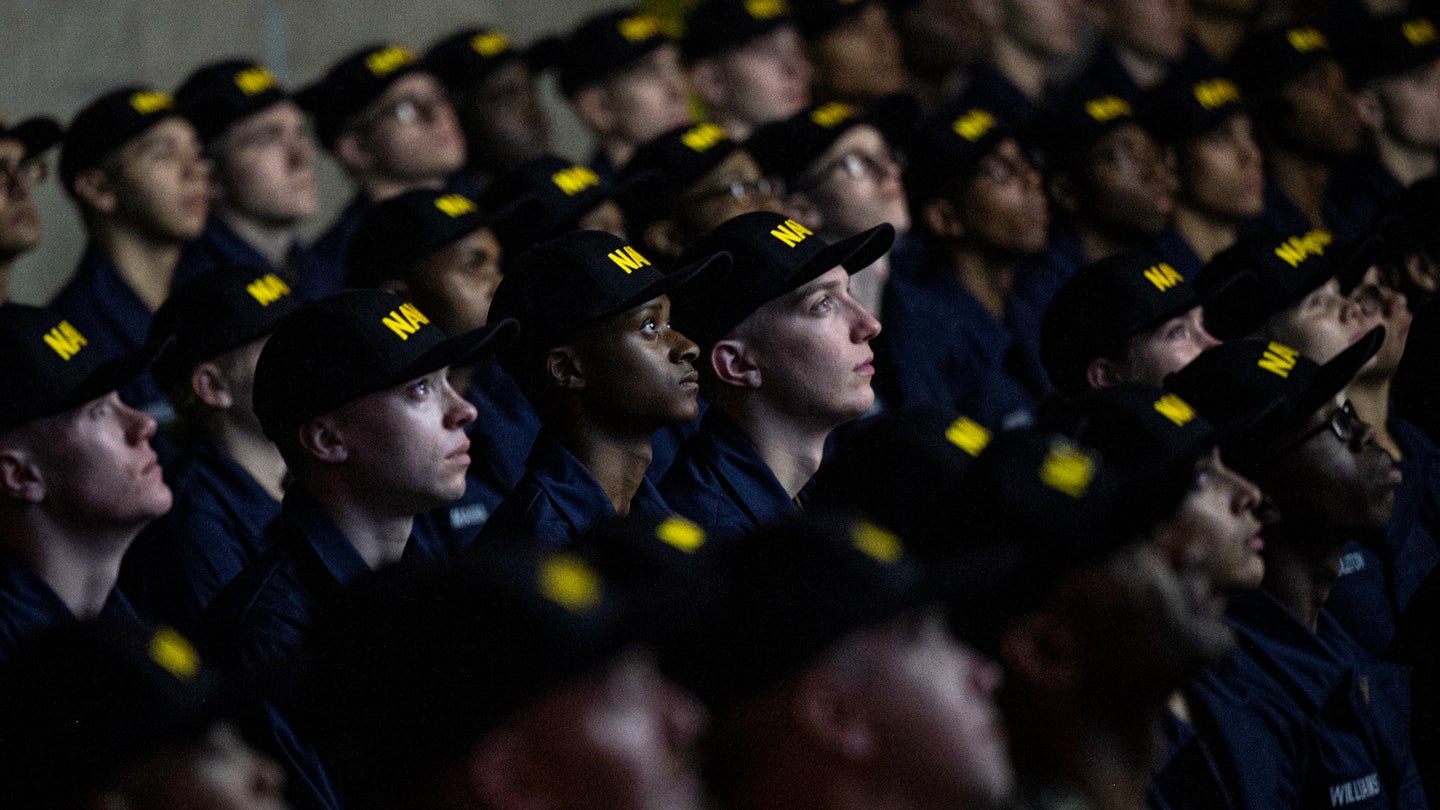 In a direct attempt to get more young Americans into uniform, the military services’ most senior civilian leaders took to a place they apparently believe young people love to frequent: the Wall Street Journal’s opinion section.

Christine Wormuth, Frank Kendall, and Carlos Del Toro — the secretaries of the Army, Air Force, and Navy, respectively — stated the obvious in a recent op-ed for the Journal that the military is facing “a generational recruiting shortfall.”

“As the civilian leaders of the Army, Navy and Air Force, we join to ask every young American to consider serving in the U.S. military,” the senior leaders wrote. “If you seek a life of purpose and passion, if you hope to invest your talents in a cause bigger than yourself, if you want to belong to a community of people who also choose to serve, you can find that connection and more in the armed forces.”

The crux of the article is not necessarily new: U.S. military officials have said for months now that the challenges they face in recruiting are unlike any they’ve seen in decades, challenges that include a declining interest to serve, an inability to meet the physical fitness and academic standards of service, a growing economy, and overall declining trust in government institutions.

The service secretaries’ call to action faced immediate criticism, however, as missing the mark.

First, the article sits behind the Journal’s paywall, available to the newspaper’s paying subscribers of which the average age is 43 years old, according to a Dow Jones profile. Considering that a growing portion of young Americans get their news from TikTok, which the Pentagon is generally loathe to embrace, or other social media sites, this seems like something of a public affairs misfire.

But more importantly, the Journal op-ed also appears to put at least some of the responsibility in overcoming its recruiting challenges on parents, teachers, community leaders, lawmakers, “religious institutions,” and military veterans, offering few specifics on what the secretaries themselves are doing to make the military more attractive to recruits.

“The military can and must do more to recruit and retain America’s finest,” the op-ed says, “but we need America behind us.”

A Gallup survey this year showed that, like other government institutions, the percentage of Americans who have a “great deal” or “quite a lot” of confidence in the military has been on a decline, reaching the lowest percentage this year since 2000. Similarly, a Pew Research Center report published this year revealed a 14-point decrease in those who say they have a “great deal” of confidence in the military, falling from 39% in 2020 to 25% in 2021.

While it’s difficult to tell exactly what’s behind that decline in confidence, and whether or not it’s due to external factors, it’s no secret that there are also internal issues facing the services that are potentially driving future recruits away. At a time when negative experiences for service members are easier than ever to share through social media, it sometimes seems that the military is still struggling to keep up. Take, for instance, the multiple instances of contaminated water over the last year in the Navy, or the Army’s efforts to address moldy barracks for soldiers. The secretaries say in the op-ed that the military is “investing billions of dollars in housing and quality of life,” but do not go further than that in offering specifics of what that looks like. There are also the ongoing efforts by the Defense Department to address sexual assault, harassment, and suicide throughout the ranks.

In May this year, Wormuth told Task & Purpose that the Army needed to do “more” to address concerns about service from Generation Z.

Military leaders have been working on those issues, but details about those efforts weren’t offered in the Journal op-ed. The secretaries instead wrote that there are “misperceptions about the military that might keep people from joining” but did not provide specifics, adding that the military is offering “unparalleled training and educational opportunities” and “changing policies that are more in step with what this generation has come to expect.”

What the next generation has come to expect is pushing the military to make big changes. According to a 2021 Gallup survey, Gen Z expects ethical leadership, a diverse and inclusive organization, and employers who actually care about their employees’ well-being. Those qualities were also supported by a report from Forbes last year, which said Gen Z prioritizes working for organizations that match their moral values and help them “feel their work is making a positive societal or environmental impact.”

But an honesty and ethics rating from Gallup last year found that public perception of senior military officers had hit a “new low” after declining 10% since 2017. That’s primarily due to an increasingly sour view held of military brass by Republicans, Gallup said, so far that the view held by the GOP of military officers in 2021 was “the lowest Gallup has recorded since the first reading, in 2002.”

Falling trust in senior military officials among Republicans, who are generally more trusting of the military than Democrats, is apparent in the recent trend of conservative pundits and lawmakers criticizing the military as “woke.” From cable news talk shows to lawmakers in congressional hearings, Republicans have increasingly called out military officials over the last two years on policies focused on diversity and inclusion in the force — the very policies Gen Z reportedly prioritizes.

In the article’s conclusion, the secretaries urge parents to hear them out on “what we’re doing to make the military even more of a place for the next generation.” They urge lawmakers to support them “as we work on solutions,” and veterans to “tell your stories of service to the greatest nation in the world.”

“Most of all,” they write, “we ask young Americans to join us—and to write your own stories of service to our nation.”