Yet another Navy aircraft carrier has a water contamination problem 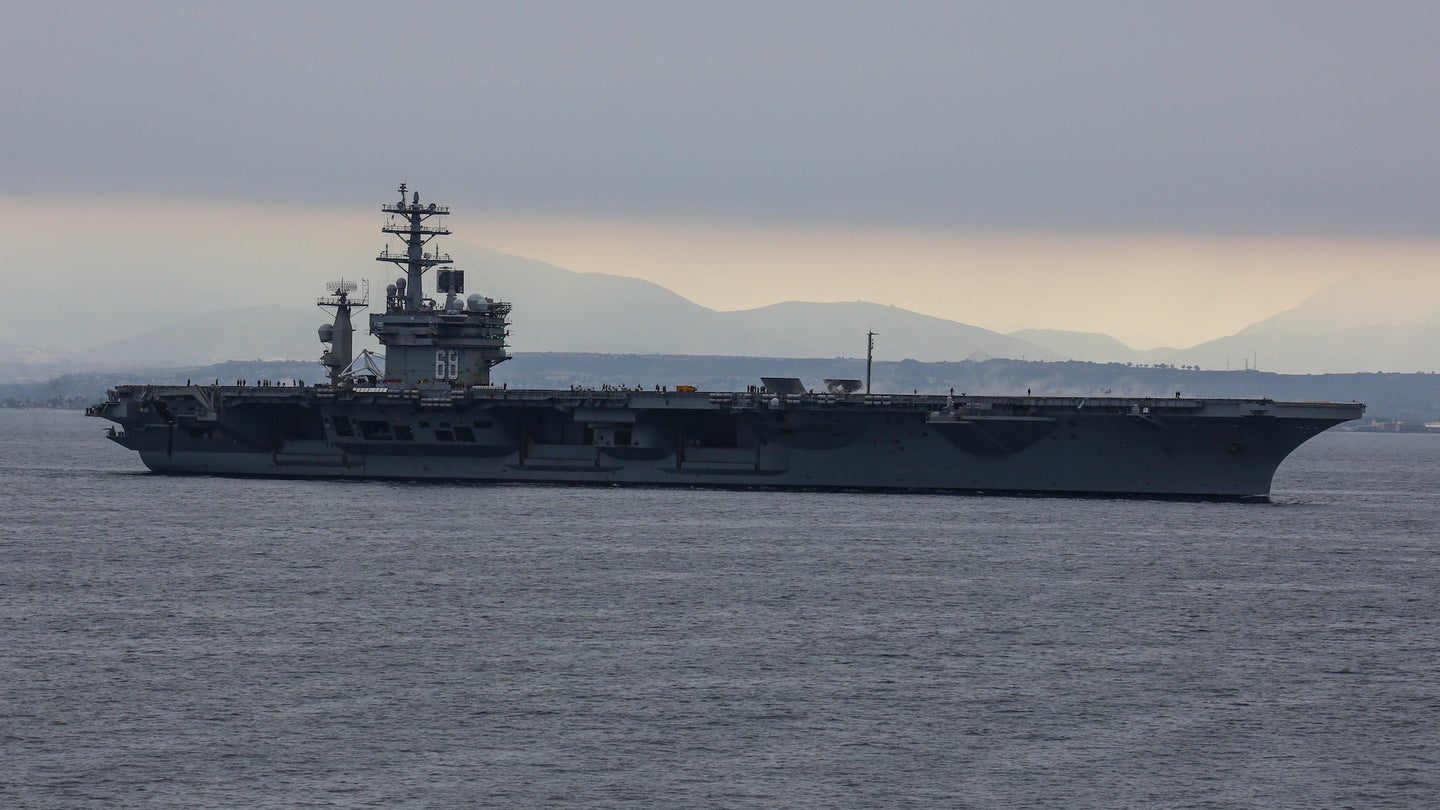 In yet another water contamination incident for the Navy, the water aboard the USS Abraham Lincoln was found to be contaminated with E. coli three weeks ago.

Sailors aboard the Lincoln “identified an odor and cloudy appearance in the ship’s potable water” on Sept. 21, the Navy said in a press release on Thursday. The next day, the odor and cloudiness “abated,” the release said, but testing on Sept. 22 “indicated that E. coli bacteria was present in three of 26 potable water tanks.”

The Navy said in the release that free bottled water was made available to the crew and the contaminated tanks were isolated and secured.

“Abraham Lincoln returned to its homeport at Naval Air Station North Island Oct. 3; since that time the ship has been connected to the San Diego water supply,” the Navy’s release said. “The crew has safe water to drink and the health and wellbeing of the Abraham Lincoln crew remains a top priority.”

Videos posted online by sailors aboard the Lincoln and reported by Military.com appear to feature the ship’s commanding officer, Capt. Amy Bauernschmidt, reassure the crew by telling them it wasn’t jet fuel — as was found in the drinking water aboard the USS Nimitz in recent weeks —and that E. coli “is an extremely common bacteria.”

“Matter of fact, every single person on this ship has it in their digestive system right now,” Bauernschmidt can be heard saying in one video, according to MIlitary.com, as sailors are heard in the background yelling that “that’s not how that works!”

In another video, Bauernschmidt is heard telling sailors that the ship has “found the problem,” though she reaffirms that E. coli “can be good or bad,” Military.com reported.

The Centers for Disease Control and Prevention (CDC) says while most strains of E. coli “are an important part of a healthy human intestinal tract,” other strains “can cause illness.”

“Some infections are very mild, but others are severe or even life-threatening,” the CDC’s website says. The Navy previously confirmed the E. coli contamination to 10News, an ABC affiliate station in San Diego, after a sailor told the news station said she “got sick” and vomited “for several days” after drinking the water.

The water contamination issue aboard the Nimitz is just the latest in a series of related problems the Navy has had over the last year.

In November last year, a massive fuel spill in the Navy’s Red Hill Bulk Fuel Storage Facility on Oahu contaminated military families’ water in their homes, forcing many to find temporary lodging elsewhere. A Navy investigation of the incident found that an original leak in May resulted in the leak in November that went into the drinking water on Joint Base Pearl Harbor-Hickam. Officials originally said their testing did not reveal “a source of the smell or the odor” that families reported, but a shocking video later reported by the Civil Beat showed the thousands of gallons of fuel bursting from a cracked PVC pipe in the storage facility.

More recently, the Navy acknowledged a jet fuel leak aboard the USS Nimitz. And while officials first said that the water had been deemed safe to drink, they later reversed course and said additional testing on the day they said it was safe showed that the water was not. Sailors have since reported health concerns that “may have been related” to the jet fuel leak, Navy officials said last month.

The Navy said in its Thursday release that the cloudy appearance and odor of the water aboard the Nimitz “was not related” to the E. coli found in the water. It’s unclear what it may be related to, though Military.com reported that Bauernschmidt told sailors she did not believe it was jet fuel as was found on the Nimitz.

The Navy release says additional testing of the water found that it was “within drinking water standards for pH, turbidity, aluminum, copper, lead, sodium, and hardness.”

According to Military.com, Bauernschmidt is heard saying in one of the videos that the results of the testing “were all negative,” before clarifying that two of them were inconclusive, “which meant … they couldn’t 100% tell for 100% certainty that there wasn’t something in there but definitely negative for JP5.”