Putin Just Declared Russia’s Military The Strongest In The World

At an annual end-of-year meeting with his defense ministry on Dec. 22, Russian President Vladimir Putin offered up quite a... 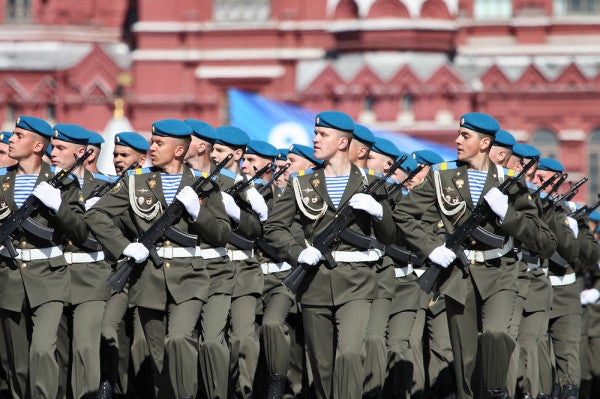 At an annual end-of-year meeting with his defense ministry on Dec. 22, Russian President Vladimir Putin offered up quite a boast. “We can say with certainty: we are stronger now than any potential aggressor,” he said, according to the Associated Press. “Anyone!”

Big words. Are they true? The numbers suggest otherwise.

In 2016, the International Institute for Strategic Studies released its annual Military Balance 2016 study, which focused on 2015 international defense spending. It found that the United States spent $597 billion on its military, while Russia only spent around $65.6 billion. And as of 2016, the U.S. military has 1,334,911 active-duty personnel, while active duty Russian troops number around 845,000.

Then again, when it comes to cyber warfare, the battlefield on which the two nations’ are mostly likely to meet next, the jury’s still out.

putin
Russia
russian military
us and russia
us military