The founder of a charity that reunites service members with stray dogs they adopted in Afghanistan was named the 2014... 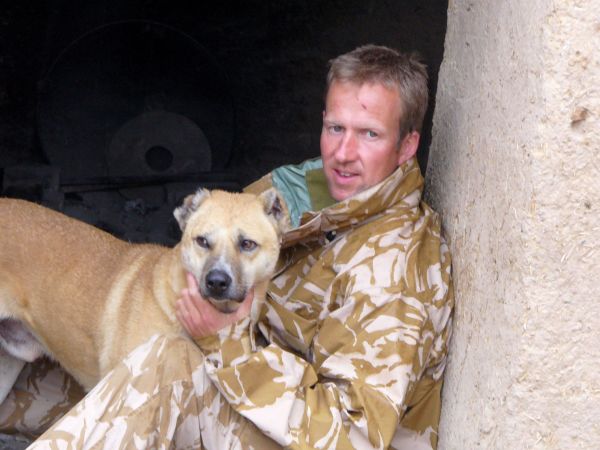 The founder of a charity that reunites service members with stray dogs they adopted in Afghanistan was named the 2014 CNN Hero of the Year on Tuesday night. In 2006, Royal Marine Sergeant Pen Farthing broke up an organized dog fight outside his compound in Now Zad, a town in Helmand province in Afghanistan. When one of the dogs befriended him, his life was changed forever.

Shortly thereafter, Farthing founded Nowzad Dogs, a charity aimed to improve the welfare of stray animals living in Afghanistan. The charity is the first and only official animal shelter in Afghanistan located just outside of Kabul. In addition to providing veterinarian services to strays brought directly to the shelter, Nowzad Dogs also raise funds to reunite service members with animals they adopted while deployed in Afghanistan. To date, the organization has sent more than 650 stray animals back to the United States and United Kingdom to be reunited with the soldiers and their families who found them in a war zone.

“There is no stronger bond between man and dog than that formed during war,” Farthing said Tuesday evening during the New York event “CNN Heroes: An All-Star Tribute.”

In its eighth year, the CNN Heroes initiative annually honors ten heroes nominated from around the world, leading to one winner of $100,000 after six weeks of public voting. The runners up receive $25,000.